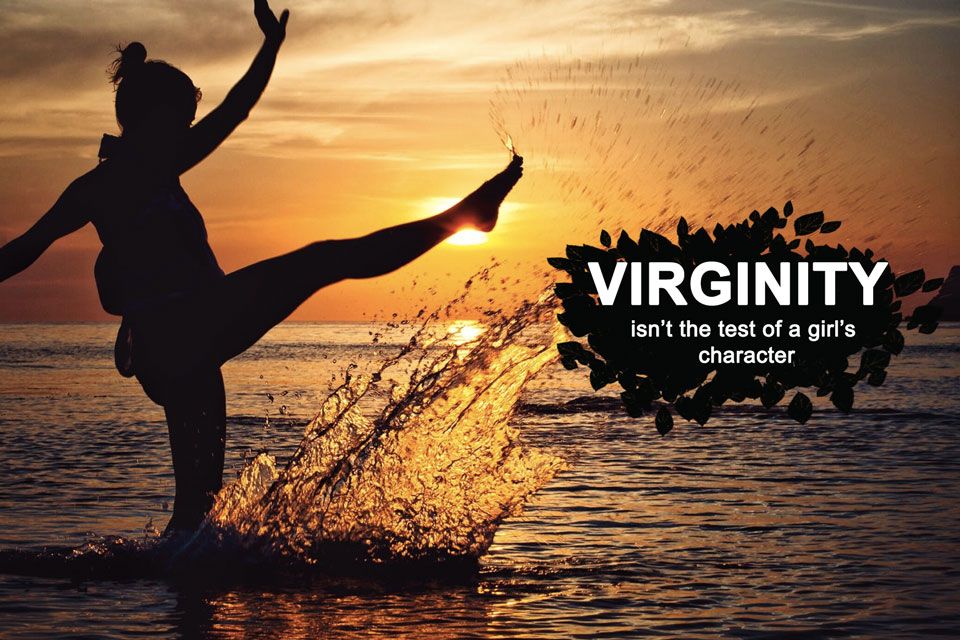 A few days ago netizens became aghast at a comment by rapper T.I. In a podcast, the rapper said he takes his 18-year-old daughter, Deyjah Harris for a yearly virginity test. Since she was 16, the day after her birthday party, he would put a sticky note “Gyno. Tomorrow at 9:30”. His daughter had to sign a waiver that allowed the doctor to discuss the results with her father. The doctor had tried to reason that hymen rapture can occur for a variety of non-sexual reasons, which the rapper dismissed. People across the world were appalled at his comments. This episode got me thinking about the concept of purity among the Indians. But are only women supposed to be pure, what about men?

Across the world, in all religions, the onus always falls on a woman to prove her piety. With changing the perception about sex in India, a country that seems to straddle both modernity and traditionalism, the fixation on an intact hymen on the wedding night is still a popular opinion. Pre-marital sex has become common; with more than 63% of youngsters saying that they had an intimate relationship with their partners. Though pre-marital sex is a taboo in India, like everything else that has a ban, it is very much rampant.

All Things About Hymen

Doctors have said that an intact hymen isn’t a sign of virginity and so there is no need for a virginity test. The hymenal tissue is an anatomically useless tissue. It is an elastic membrane aka virginity membrane, which surrounds the vaginal opening. A female is born with a thicker membrane but it loses its thickness, as she grows older. An intact hymen is a myth, doctors say it’s generally a donut-shaped and is elastic like a rubber band, which stretches to accommodate the penis.

The hymenal tissue is so delicate that it can break due to intense physical activity, like sports, swimming, running or even sitting astride on a two-wheeler. Thus, we can say that the concept of keeping your ‘virginity intact’ is flawed and unscientific; it is just a social imposition. Some girls are even born without a hymen.

Since a very young age, girls are told to ‘save’ themselves, that it is an extremely valuable thing. It is a very sexist and patriarchal thought that is imposed on a child. It is a vestige of an era when women were treated as a commodity. When looking for a bride, even the modern man wants a virgin bride. An incident that rocked the nation was the virginity test that was imposed by the Panchayat on newly-wed brides in Pune’s Pimpri-Chinchwad.

On the wedding night, the couple is handed white linen, which if the following day doesn’t have the signs of purity (drops of blood), then the punishment would be inflicted on the ‘immoral’ bride. Many women of the community have started protesting this barbaric and archaic tradition. Such patriarchal rulings are found all over the country, and the women end up paying the price.

He is a stud, she is a slut

As a feminist, I often wonder about what is the test for a man’s virginity? A man is thought to be virile. It’s a feat if they had numerous sexual encounters prior to the wedding, he is considered a stud, whereas a woman is a slut. (who do the man think they are having sex with?) Men seem to resist the change, though they want sexual encounters prior to marriage. Yet they seek a pure “virginity intact” bride. Not only the girl but the entire family is shamed by society. For this very reason, many mothers’ are now accompanying their daughters for hymenoplasty surgery- the reconstruction of the hymen.

Andrea Barrica, founder of online sexual education platforms beliefs that the pressure around virginity causes unwarranted stigma, anxiety and silences the real issues of pleasure, sensuality, and consent. The attributes for a good partner should be a variety of characteristic attributes, rather than their sexual past. If a girl is honest enough to accept her past, respect her, do not take her on a guilt-trip. Say no, to a virginity test. And Let the hymen to rest!