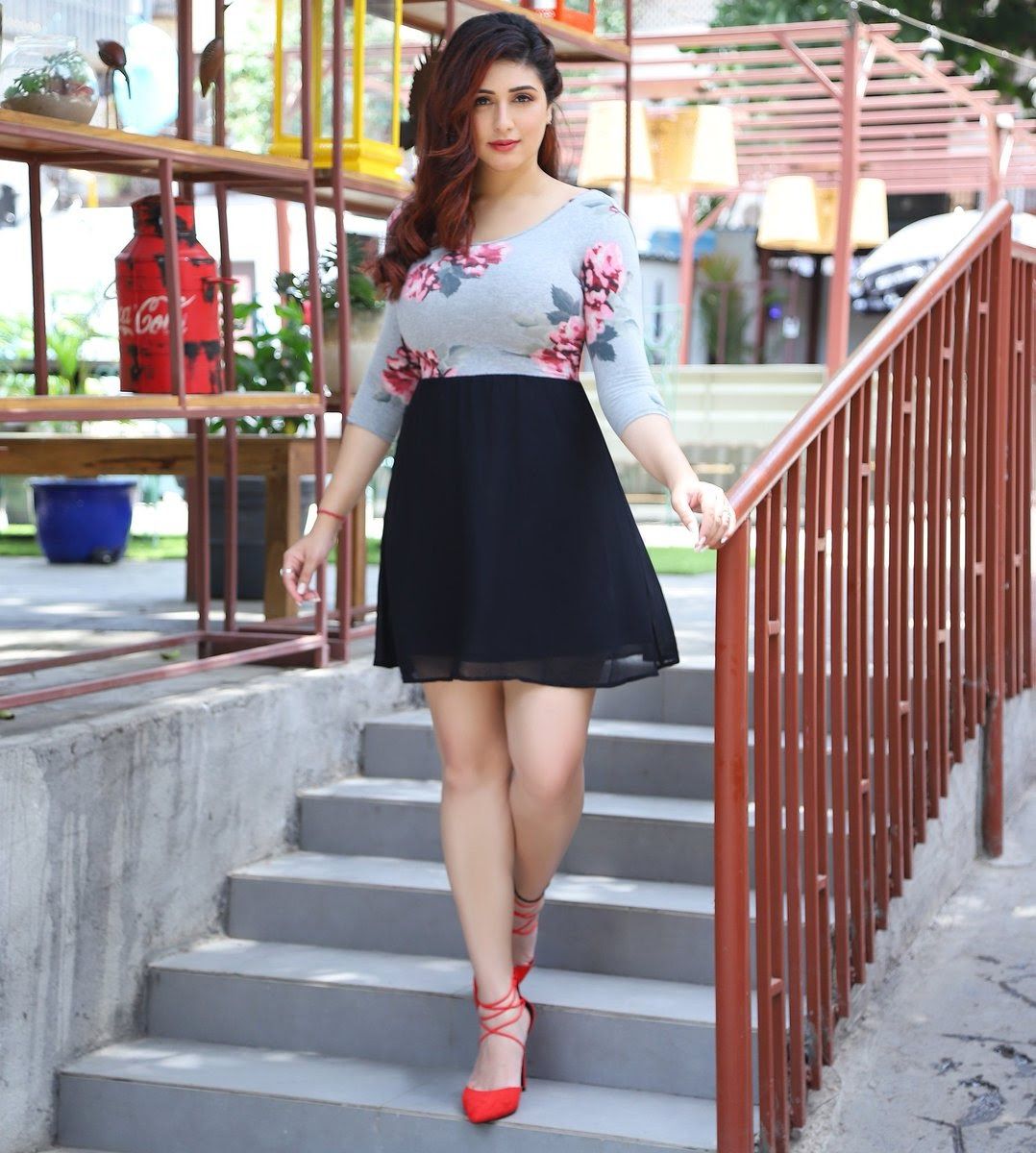 Vahbiz Dorabjee is a renowned Indian model and television actress who is recognised for her skills and creativity. Vabihiz started her career as a model before bagging the role of Panch Dobriyal in the highly acclaimed and popular sitcom Pyar Kii Ye Ek Kaahaani.

This gorgeous actress has also been part of shows like Savitri, Saraswatichandra, and Bahu Hamari Rajni Kant. After conquering the TV industry, Vabhiz has taken social media platforms like Instagram by storm.

Vahbiz, a doting daughter says she owes her entire success and career to her parents, who have pushed her always to take things to the next level.

In this exclusive and insightful interview with The Voice Of Woman, you will get to know a lot more about your favorite celebrity Vabhiz Dorabjee and her thoughts about dealing with criticism and being inspired inspite of a hectic schedule. She also shares the red flags that aspiring youngsters should watch out for and advice for aspiring actors.

Read on to find out more.

1. You made your debut with the Indian TV show, Pyar ki ye Ek Kahani. How did you get your first break?

Whoever comes into this field as an actor or a model has to work hard and you have to give a lot of auditions in your life.

I was always doing well as a model; I had started my career in Pune and continued it in Bombay with a lot of commercials, but then, it was my parents who encouraged me more towards television because they said everybody is moving towards the television.

Till then I was quite comfortable with only modelling and I had never thought about further, but I am very thankful to have parents who keep supporting and encouraging me.

And I always used to have a craze for shows which used to come on StarOne, so, I kept auditioning for all the shows on it, and by God’s grace I bagged Pyaar ki ye Ek Kahani.

2. What inspired you to join the acting industry?

Once again, I would say it was my parents because if it were up to me then I always wanted to be a model. But then in Pune, I had become pretty stagnated and in Bombay also it was fun working for commercials, but my dad wasn’t really happy as he wanted to change my perception that it’s better if I get into acting; it would give me more stability, recognition, money, and fame.

I wasn’t very happy about it initially but at some point, I felt it was true because it is good to push your limits as then you understand your potential. And I think my father knew my potential even before me.

And that’s when I started trying for television.

3. You are an actress, blogger, anchor, and a model as well. Out of all these, which profile interests you the most?

I think the best part is that I am living the life of my dreams.

Always do what you love because then it doesn’t feel like work.

I am a creative and a people’s person, so all these things are up my sleeve. I am very thankful for my acting profession because that is what has given me everything today and that is how you guys know me as Vahbiz Dorabjee.

But, currently, I am really enjoying blogging because it is something that I am comfortable in and keeps me on my toes as you have to keep creating content; it looks easy but it isn’t easy at all. Plus, you also get to endorse so many of your favourite products.

I also do food and travel blogging and that’s something I love because I am a Saggitarius and adventurous, and I love exploring.

So, I think I love all the mediums. And my main motto in life is that keep working.

4. Criticism is mostly on the menu for a celebrity. How do you handle criticism?

I think if we are public figures, we have to be ready for criticism because every time people are not going to be appreciating you; I am completely okay with it if it is constructive criticism and I would like to listen to my directors and producers.

So, criticism is okay because everybody has a choice and opinion, but I will never allow anybody to just pull me or someone else down unnecessarily.

5. How do you stay positive and upbeat when you have a jam-packed schedule?

Having a jam-packed schedule is my secret to being happy and positive. I am not one of those people who can sit idly because an idle mind is a devil’s workshop.

I love working; I feel when I have to sit at home, my talent is not being utilised.

I am a workaholic and that is what keeps me going because there is a lot of happiness and pride in having your own identity.

6. The world is finally picking up the pace to empower women, but the progress is slow. What are your thoughts in this regard?

Well, Rome wasn’t built in a day. At least there is a change in people’s perception, and that’s great. Yes, it’s years and years of regressive thinking so it’s going to take a lot of time, but I am still happy to slowly see the changes and the transformation and women becoming so strong and empowered.

It’s going to take time because our society is used to women being in a certain manner, but now, things are changing and I think they should because it is very important for a woman also to have an identity. I am not saying there is a need to compete with men either, just that there should be a balance, and women should get a fair chance to be equal in society.

7. Women often misuse the concept of feminism and make fake allegations against men for personal agendas, which in turn affects the women who need help against any atrocities. What are your thoughts in this case?

Women should not become empowered just to compete with men or utilise the laws in a wrong way, and they should be truthful because then only will people be able to bring upon a change in society.

So, if the government and society are brining out changes, let’s be fair and honest about it; it’s wrong to use the laws in a wrong way against men to just pull them down.

8. What are the red flags, young girls and women aspiring to become an actor should look out in the industry?

Being an actor, especially if you’re a young girl and you have come to Mumbai, you have to be very careful and guarded.

In our field, you have to be social and give a lot of auditions, and you’ll be meeting all sorts of people, so, don’t trust easily and notice the body language.

Secondly, something that has happened to me too, being cheated quite a few times as people take money from you. If they give you work and then take a certain cut that’s a different thing, but do not pay anybody as it’s a fraud.

Also, look out for your safety; when you are called for meetings, look out for what place you are being called at. And don’t sign any contracts before reading them.

9.As an attractive woman and celebrity, how do you manage your personal and public life?

For me, my family comes first. And as we are public figures, if our fans want to know anything about us then we will entertain them but not with everything. So, I like to keep my private life, private.

10. What is your favourite inspirational quote that always helps you in stressful times?

I have fallen many times and rebuilt myself. So, after everything that I have been through, I always follow the quote, “What doesn’t kill you, makes you stronger.”

And another quote that I’ve always believed in is, “The dogs will keep barking but the lion will keep working.”

11. In a parallel universe, what would be the profession of Vahbiz Dorabjee?

I don’t think I would be changing anything because I’m living my dreams.

So, I would be the same and I would just love to do what I’m doing.

12. Any special message that you would like to convey to the viewers of The Voice of Woman?

Firstly, thank you, The Voice of Woman for featuring me and keep up the good work because I’m also a feminist and I love what you are doing.

And I would just like to tell the women to stay strong, empower yourself, create your own identity, and stay balanced.