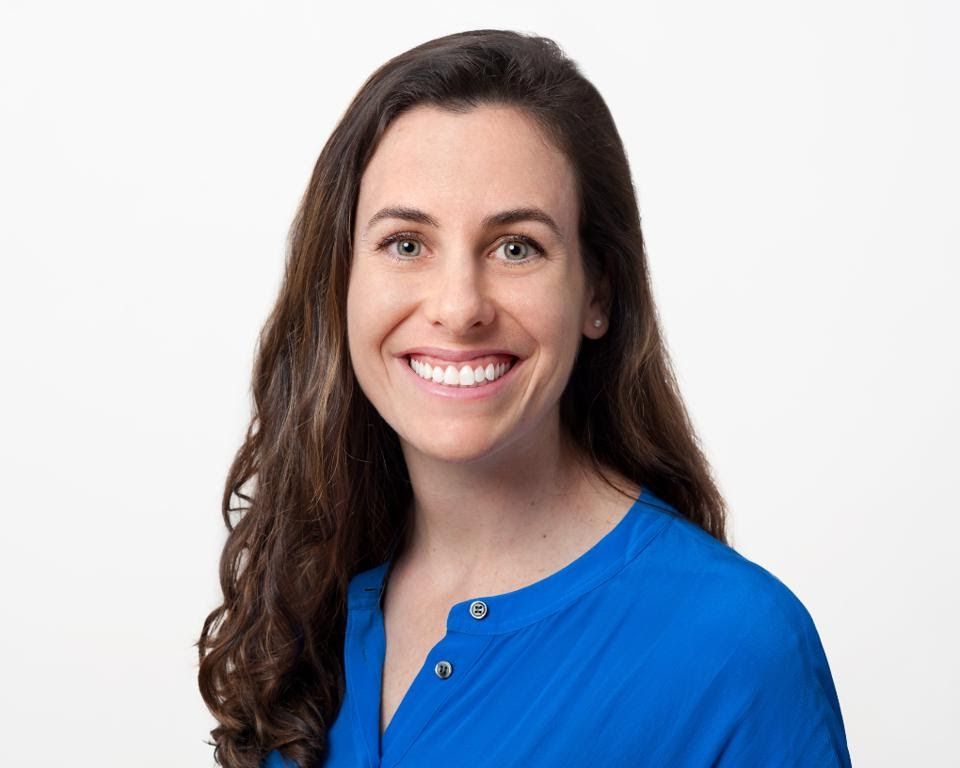 While we reel under the impact of various environmental crises, Kathy Hannun, the CEO & Co-Founder of Dandelion along with James Quazi- is on a mission to heal the Earth and help the humans. Dandelion is a home geothermal company that helps to bring an affordable and accessible renewable heating system to your home. Through this pioneering venture, Kathy and her team is contributing immensely to creating a better habitable world and reducing the carbon footprint.

This Stanford alumnus is a former Product Manager at Google X and had also been a part of the California Sustainable Energy Entrepreneur Development Initiative.

We at The Voice of Woman had the immense privilege of having a candid conversation with Kathy Hannun. She talks about how renewable energy sources are the need of the hour and the contribution of Dandelion towards the same. Kathy also opens up about facing sexual harassment at the workplace and the lack of female entrepreneurial role model and the prejudice that women face due to the innate gender discrimination.

Watch the exclusive video to find out Kathy’s amazing journey through myriad challenges to appear victorious in the end!

Below are the various questions:

What motivated Kathy Hannun to build Dandelion- a company that provides geothermal systems for homes?

Buildings are responsible for 30% of the total greenhouse gas emission. Unlike electric vehicles and electricity generation, where we have a lot of companies working to reduce those emissions, it is not the same for buildings.

In automobiles, there is Tesla and all the major car companies are making electric vehicles and for electricity, there is solar, wind, and hydro powers- renewable sources which are taking off. But there are not many companies to clean up the emissions generated from buildings.

What challenges did you face in the initial stages of building this venture?

There are quite a few challenges that I faced in the initial stages while building Dandelion. Firstly, fundraising was very difficult, especially for a company which is bringing renewable energy to your homes. It is a sector that usually doesn’t receive a lot of funding and I had no experience fundraising. So, that combination was tricky, to say the least.

At the beginning you have a very small team, so it is really up to you and your partners to figure out how to do everything. With almost no experience of running a business before, I had to learn a lot on the job and that was tricky.

What challenges have you faced being a woman leader in your career?

I get this question a lot and it is very difficult to answer because I never had any other experience. Sometimes it becomes hard to separate what challenges existed because of my gender and what challenges existed for other reasons. One of the primary challenges has been there aren’t a lot of role models who look exactly like me. When people say “look like me”, they don’t mean physically.

I didn’t have too many examples in my life of other entrepreneurs that were concerned about having kids when they were starting their business as I did or how to deal with being pregnant while fundraising.

It is what leadership could look like if your style is more collaborative and less commanding like mine is. So, there was a lack of examples for me to model myself after. I just had to make a lot up and try to make it in my style, it is just something that would feel authentic to me.

The initiative of your company is pretty impressive. Do you think everyone in the future will opt for a geothermal system for cooling and heating of their homes?

Regions that are very cold in the winters but hot in the summer are good fits for geothermal heat pumps. Regions that are pretty mild like the Bay area in California are better suited for air-source heat pumps. Dandelion started with geothermal because there is such a dire need for better heating solutions in places that are extremely cold in winters like the North-east. But there is a possibility that in the future we can expand into other types of heat pumps as well.

In case we exhaust all the available fossil fuel in the future, do you think the world will be equipped to run on renewable energy?

I think as time goes on, more value is being associated with renewable fuels in terms of the tax credit, or carbon pricing. It will just be extremely cost-effective as we have seen the cost of solar panels and wind power has come down whereas the price of fossil fuels is only going to rise. It is due to many policies like carbon tax but also overtimes it becomes increasingly difficult to dig the remaining ore.

So, we are already at the point where renewable energy sources are growing exponentially in terms of market share and fossil fuel consumption is decreasing and it is way before we have taken out the last drop of it from the ground sources.

The overall climatic conditions of the Earth are changing due to global warming, which is a bad sign for our future generations. What are your thoughts in this regard?

I think this is one of the biggest issues of our time because the climate that we live in, the temperature of the Earth affects every aspect of our life. From mass migration wherein millions of people become migrants to making it harder to cultivate crops to more disease outbreaks to natural disasters, thus, creating mayhem.

We have this opportunity, which is diminishing rapidly, to fix some of our infrastructures so that we do not continue to add to the problem and making it worse for our future generation. This is the very reason why Dandelion is so very important to me because it fits into this mission to clean up our environment, so that we can live in a stable climate.

When you are not working, how do you like to spend your free time?

When I am not working, I spend my entire free time with my two children, who are one year old and two-and-half-year old.  They are a handful but a very delightful one and they demand a lot of my attention.

As a woman achiever, what according to you are the three prerequisites to succeed as an entrepreneur?

Firstly, I cannot tell you how many times I have wanted to give up or it just felt incredibly hard and I had to push myself to keep going. So, that ability to just resist giving up when things get hard or what is known as persistence is one of the most important prerequisites.

I have never heard a story of an entrepreneur saying it was very easy or smooth right from the beginning. It is always such a struggle. You have podcasts of how I built this and all the companies that have done so well, and then you hear these incredibly difficult stories of the founders.

Another quality which has helped as an entrepreneur is a mixture of humility and confidence. So, confidence because you need to believe in yourself and take the risk and try to do something hard. Humility is because you will often be bad at it and many mistakes will be made, lots of hard decisions will be faced and some of them you will be able to take correctly and some not.

Humility is permitting yourself to be a work in progress and know that you are in the process of learning.  Finally, being resourceful is another great prerequisite, as you will need help from so many different people and you will need to be very creative as you will need a lot of resources to complete your goal. For me, it was living in my friend’s couches and borrowing cars to figuring out how to get free office space for the company to marketing our services at a very low cost during the initial stages.

You have to figure out how to stretch every resource to accomplish as much as possible!

Women often find it difficult to obtain financing to start their businesses, why do you think there is such gender discrimination?

I think it’s difficult for everyone to get financing to start their business but as a woman, you are likely to have fewer helpful advantages. One of them is a network of people who are connected to that money- men are more likely to be connected to friends who work in a largely male-dominated venture capital industry.

Also, investors like to pattern match- they want to look for entrepreneurs who remind them of other successful entrepreneurs. But there has always been such a lack of diversity in entrepreneurship when venture capitalists look for successful icons it’s mostly white men. So, it’s important to break out of that cycle and allow more women to be successful, so that pattern matching can become a more diverse exercise.

I also think that since more men are known as pioneers in running successful businesses, it might be easier for young men to look at an entrepreneur who has preceded him and be able to relate them. But there are fewer examples for women.

When I started Dandelion I only had Lynn Jurich, the founder and CEO of Sunrun as the only woman who had taken up a similar challenge like me. I am lucky that she even exists and it was great to have her as a role model.

How has a woman’s role in the corporate sector change post the #MeToo revolution?

One big way it has changed is that people are taking complaints of women, especially the juniors much more seriously. When I was starting in my career, I certainly experienced sexual harassment from a more senior male executive. He had harassed many women whom I worked with. Even when we went to the HR nothing was done.

At that time it was important to the company that they retain this executive than to protect junior female employees. But I don’t believe that would be the case today. If this situation had played out post #MeToo then the executive would have faced consequences, and that is a great chance for everyone!

One thing that I would encourage is trying to imagine what you would do if you permitted yourself not to limit yourself. Just think what your career would look like if you weren’t worried about imagining something that was too audacious. You just permitted yourself to fantasize about whatever career that you wanted regardless of whether it looked realistic.

Ask yourself, is there any reason not to do that! Do you need to self-censor? An executive at Google X asked me this question when I was a junior marketing employee.

He said that what would you do if you could do anything. In my mind, I knew that I wanted to lead an X project but it was even embarrassing to even think that far. But he just encouraged me to follow my dream and take it seriously and try to make it happen.

Within 2 years of that I was leading an X project and now leading a company. I am in a field that I care about and I am thankful that he asked me that question.  It was shocking how quickly I could go from envisioning what I wanted to figure out how to materialize it. But I don’t know if I would be able to achieve it if I hadn’t given myself that permission to even want something that ambitious.

So don’t be afraid to go after your most ambitious vision for your future!