Understanding Stockholm Syndrome: The Affinity Of A Captive For Her Captor 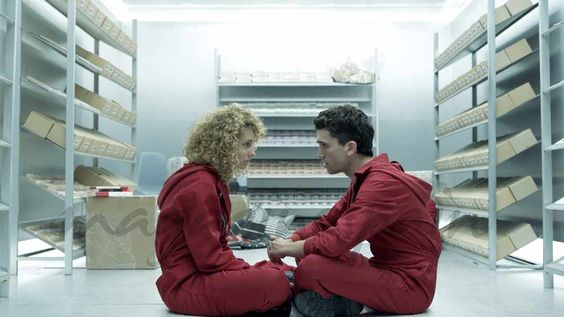 Beauty and the Beast are regarded as one of Disney’s most romantic love stories. It is a classic ‘never judge a book by its cover story where the princess falls in love with the Beast after he changes his ways. What if the Beast never changed but Belle did? At its crux, it might be a tale warning its viewers/readers of Stockholm Syndrome.

The Netflix Original show Money Heist also portrayed this. The relationship between the two main leads of Monica and Denver has been so romanticized that people fail to see the toxicity engulfing it. The show went as far as to name her heist character Stockholm. So how did she go from Monica the hostage to Stockholm who fell in love with her captor and joined the heist as a team member? In another world away from the heist, Imtiaz Ali’s Highway popularised Stockholm Syndrome as well. The character played by Alia Bhatt falls in love with the life her kidnapper creates for her, eventually glorifying him as he saved her from the evils of her erstwhile life.

This is pretty heavy for an average dinner table conversation, so we’re here to break down what it is and where the term originates from, what its significance is, and whether it is widespread.

The bank employees working there remained captive for six days. They were wrapped in dynamite and kept in the vault of the bank. However, what shocked everyone was that those are held captive became eerily attached to their captors. They felt bad for them, developed a sense of empathy, and turned away police assistance to get them out of the Bank.

Once released, some of them kept in touch with the robbers while denying to testify against them in Court. On scrutinizing this case, researchers and psychiatrists found that people, to get through terrifying situations, become psychologically attached to their captors as a way to survive it. In an interview, one of the survivors said, “when he treated us well, we thought of him as an emergency God.”

Now let’s get into the fascinating part and the actual way and reason by which Stockholm Syndrome takes hold. Four factors need to be in place for it to happen. Firstly, and most obviously, it occurs in situations where the person feels threatened – either physically or mentally. Along with that, the person in captivity must feel that his abuser or captor will act on that threat.

This generally takes form indirectly, for example by the captor threatening to hurt the person and then consequently breaking things, smashing glass, or throwing something around. The captor’s goal is actually to get them to believe in their ability to harm their body or mind imminently.

Secondly, after several threats, there might be instances where the captor shows some measure of kindness to his captive. Feeding them, giving them water, and most commonly talking about the trauma the captor experienced in some form will trigger an empathetic response in the minds of those held captive. They will show a hint of humanity by taking care of them so they can see that the captors are not all bad. What this does, is give the captive hope that the situation could change. Humanising themselves will make the rest of them feel bad for the situation the former is in.

Thirdly, the person needs to be isolated from any other perspective. Being away from other positive reasoning and views on the matter will facilitate the person to rationalize their thoughts and feelings. Finally, the people in captivity generally feel like they can’t escape without hurting their captor. One of the most usual Stockholm Syndrome causes can also be the fact that there is a significant one-on-one interaction between the captive and captor.

Both the captive and the captor form a bond, a dynamic and a dependence. It is almost always an excruciatingly painful affair ending fatally. It can also turn dangerous in the least expected moment. Society refuses to talk about this problem whether it manifests in the form of an abusive relationship or a classic hostage situation only aggravates the guilt or shame.

Ever since the robbery in 1973, experts have been trying to figure out how Stockholm Syndrome happens and whether it is something we can even call a syndrome at all. Despite having described what it means and what Stockholm syndrome causes are, there’s still a lot of debate as to whether Stockholm Syndrome exists.

We know positive feelings are generated – that is not in question. Part of the problem is that there isn’t much research and Stockholm Syndrome, or Stockholm Syndrome symptoms are rare and hard to study. It has been concretized in popular media but is much less in real life.

Stockholm Syndrome doesn’t seem to match any other disorder that can come from similar experiences. With this, the captor doesn’t need to actively do anything, it just happens on its own.  To understand Stockholm Syndrome symptoms better, experts interviewed people held captive and who underwent similar situations.

Most commonly and as has been elucidated above, even though the people they talked to were held hostage and you’d expect them to dislike people who put them through such a terrible ordeal, they said positive things about their captors, describing some sort of friendship or a bond. Additionally, they also often experienced negative feelings toward law enforcement. Stockholm Syndrome causes or might trigger PTSD or intrusive thoughts in survivors. We might have answers to what is Stockholm syndrome, but an answer regarding how it is to be identified elicits more research and corresponding literature.

At least for now, Stockholm Syndrome cannot be considered an official disorder. But its very existence cannot be questioned. When people experience these stressful hostage situations, the question is why do people end up with those good feelings? Being slightly less awful to them at some point doesn’t seem like it should be enough – there’s still the fact that the captors took them hostage in the first place.

At the very least, it should serve as a testament to the fact that we need to cut toxic people out when it is in our control to do so. Regardless, it is easy to say it takes two to tango and urge the survivor to snap out of it, but our minds work in mysterious ways and it would be extremely helpful for experts to establish a diagnosis for something that can (though rare) end fatally.