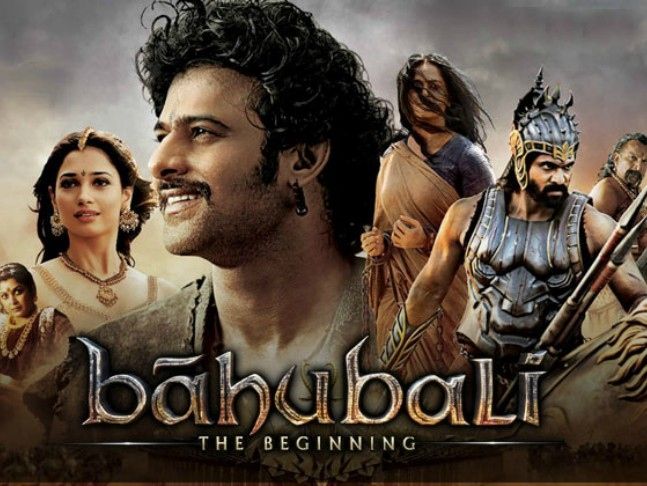 Are you a little bored of always having to watch the same old Bollywood and Hollywood films again and again? Well then, it’s time you shift to Tollywood! Why do you ask? Lets look at the south Indian movies of all time That’s because these movies are nothing like your expected Bollywood movies – they’re full of action and insane visuals so, if your favorite genre is action and adventure, then binge-watching south Indian movies is just the right way to spend your weekend!

Not only will these South Indian movies be like a rather refreshing change of scenery, but you’re probably going to end up hooked on the content of these movies. And the best part? You can get the Hindi dubbed versions of these movies too so you can watch these without any hassle and at your convenience.

So, check out these top 10 South Indian movies of all time and get ready to call new movies your “favorites”!

This movie is like a real-life fantasy, jam-packed with action, romance, and adventures. On one side, the protagonist falls in love with a warrior woman and on the other side, the legacy and feudal past of his family starts to unravel, and he ends up caught in the middle of new fights and conflicts. Besides the thrilling and adventurous plot, the visuals and graphics of the movie are also greatly impressive. And it also has a second part so no cliffhangers either!

A sequel to the first part, Baahubali: The beginning, this movie is based on more action and war; as the protagonist comes to know about the culprit behind his mother’s kidnap and father’s brutal death, he starts to form a powerful army to defeat him, thereby freeing his mother as well as avenging his father’s death.

This is yet another amazing combination of action, drama, and romance. The main character, named Rocky, to fulfil a promise to his dying mother, gets involved with a dangerous gold mafia in the quest for wealth and power and also ends up becoming a symbol of hope and light for helpless and poor people as he fiercely rebels against all the gruesome oppression.

In the mood for some classic romance mixed with a little bit of action? Well then, this is just the best movie for you to watch. Geetanjali, a college girl is forced to get into a relationship with Ajay, the typical college jerk who threatens to hurt himself if she doesn’t accept his proposal. So, when Arya proposed to her, she had no other option but to say no to him, even when she didn’t want to. And then starts a brave romance that is bound to sweep you off your feet.

A hopeful and altruistic movie, it is about a talented and kind software engineer who comes to India with the hope of investing in the country’s welfare. And while he’s busy trying to help the poor, some corrupt politicians along with a few officials try to get into his way and stop him. But he is reluctant to turn his back on the people who need his help, so he does his best to fight the wrongdoers.

When science gets paired with action, you know it is going to be one hell of a movie. A brilliant scientist builds a unique robot named Chitti who is specifically programmed to help other people. But when he tries to incorporate more human emotions into the robot, things start to go out of his hand when Chitti falls in love with his girlfriend and ends up causing devastation all around the city. Get ready for some amazing action as this movie is going to have you on the edge of your seat!

This action movie is considered to be one of the best south Indian movies of all time. The plot revolves around an undercover agent who along with his partner, try to catch a thief who has stolen a huge sum of 2,000 crore rupees, but both of them soon realize that they have been caught up in an emerging gang war as the case was linked to the death of a renowned crime lord.

A mix of various genres involving comedy, drama, a hint of mystery along with some action, Aruvi is an amazing movie about a middle-class girl who is disowned by her parents as she is accused of having humiliated them. And as she tries to build her own life and find her way through it without any support whatsoever, she faces several grave challenges. This especially touches its audience because of its highly relatable content and the struggles of a general middle-class woman that often tend to go unnoticed. It would be a shame to miss out on such an amazing movie!

An incredible thriller infused with tons of action, this movie takes its audience on a suspenseful journey as a traffic constable along with the help of a retired police officer, tries his hardest to solve a horrific and mysterious case of three skulls that are found near a metro a construction site. Filled with mystery, a tinge of horror, and action, this is a must-watch south Indian movie.

Another one of the classic action and drama combinations, Asuran is a fantastic south Indian movie that tells the story of a helpless farmer who has to run away with his family to protect his son who has happened to kill a wealthy upper-caste landlord out of an enraging and bitter vengeance. With tons of thrill, drama, and action, the plot of this movie will have you captivated throughout the entire time.

So, grab a tub of some yummy cheese popcorn with your favorite drinks, and have a great weekend as you watch these top 10 South Indian movies of all time!