The Women Who Made The World Take Notice This Decade 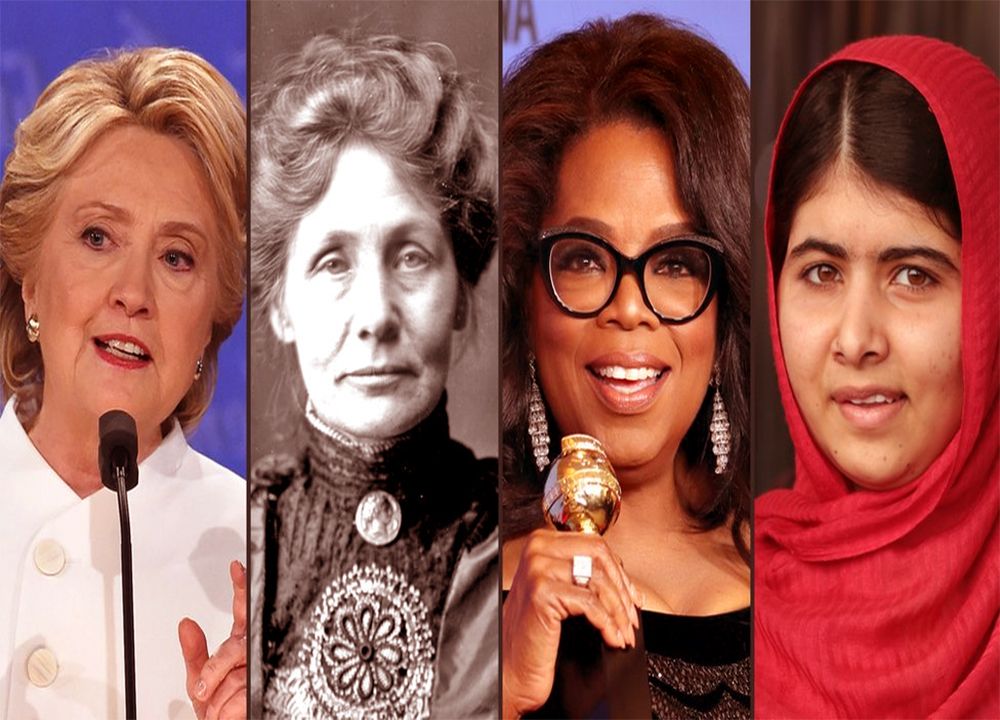 So, just a few days are left of this decade, and like every decade before this and those that will come after, many scintillating events occurred that will remain etched in our memory for long. Some events might be remembered with a happy smile and others with a dose of sadness. At The VOW we cherish women and uphold their contribution and lasting impact on society. There were a plethora of women who in their own way, tried to shape the world and make it a better place for us to live in.

Women Who Made Notice This Decade

Here we talk about 10 women who made each year of this decade a tad bit better. So-called Women of Decade!!

With alarming statistics about the climate threats facing the world and its impending doom, the lady of the moment for 2019, surely has to be the 16-year-old Swedish activist Greta Thunberg. This teenager rose to prominence in the past one year, when she noticed that adults-world leaders and global business conglomerates were not taking any steps to mitigate the pressing crisis. Suffering from Asperger’s syndrome, which Greta calls her superpower, she has taken the fight head-on against “the biggest crisis humanity ever faced”. She has motivated millions of children and youth around the world on the climate crisis and was also nominated for the Nobel Peace Prize, she has been meeting UN delegates, and lawmakers on both sides of the Atlantic to discuss climate and ecological concerns and emergencies that we are facing at the moment, which made her one of the Women of Decade.

Part of the Yazidi community, in Iraq, Nadia Murad was taken prisoner by the ISIS in 2014 and was held captive for 3 months. She along with other women of her community was repeatedly beaten and raped. She later escaped to Germany, and was awarded the Nobel Peace prize in 2018 for “their efforts to end the use of sexual violence as a weapon of war and armed conflict.” She works as a UN Goodwill ambassador and works to raise awareness against human trafficking, refugees and genocide.

The #MeToo movement in 2017, shook the world one morning when the allegations of sexual abuse against Harvey Weinstein came to foray. But this movement had its inception back in 2006 by Tarana Burke, a civil rights activist. She had started using the phrase “to raise awareness of the pervasiveness of sexual abuse and assault in society.” She won the Times Person of the Year, and has been named as the “silence breaker”. It has given many women the voice to speak up against sexual atrocities faced, especially from men in power.

The better and equally inspiring half of the former President of the USA Barack Obama, Michelle Obama held her own during her 8-year tenure as the USA First Lady. She has been a role model for millions of women worldwide, and till now continues to work as an advocate for poverty awareness, education, nutrition, and healthy eating habits. The fashion icon worked as a lawyer and Chicago city administrator.

Angela Merkel, the German Chancellor is a symbol for the fight against tyranny and becoming a beacon of steadfast moral leadership. After 1986, she was the first woman to win the Time’s Person of the Year Award. She played an active role during Greek’s debt crisis and persuaded other European countries and championed the cause of providing protection to migrants and refugees.

22-year-old Malala Yousafzai is the face of female education. She hails from the Swat valley in Pakistan, which was under the rule of the Taliban, which had banned female education. A young Malala bravely faced the oppressive forces, fought for Pakistani girl’s right to quality education. She was nominated for International Children’s Peace in 2011. She was shot thrice by the Taliban in 2012. In 2014, she won the Nobel Peace Prize and was the youngest recipient of the award. The Malala Fund sponsors education projects in 6 countries and provides quality secondary education for girls globally.

MC Mary Kom showed true grit and became an inspiration to not only Indian women but women all over. She is married and has three children, and is the torchbearer for women’s boxing in India. The PETA activist has won the 2012 Olympic Bronze medal. She has won a gold medal in Commonwealth games in 2018 and created history as the first woman to win 6 world championships. She was chosen by the International Olympic Committee as a female representative of boxing’s athlete ambassador for the Tokyo Olympic, which makes her count in the list of Women of Decade.

Beyonce four-month after giving birth to her daughter Blue Ivy Carter, held concerts, to show the world that mothers need not stop working after giving birth. The style icon has the world guessing about her next venture and every appearance. She landed a Pepsi commercial worth $50 million in 2012, and then went on to perform at Super Bowl. She is one of the most commercial and critically acclaimed singers of all time, and this decade saw her go from good to greatness. Beyonce is a feminist crusader and was the first black woman to feature in American Vogue and perform in Coachella.

The queen of K-serials Ekta Kapoor was written off after her mega serials lost their shine. In 2011 she forayed into film production and had 5 movies released under her banner, of which The Dirty Picture was the biggest hit, grossing over 150 crore rupees. She always had a larger than life personality and was controversies, favorite child. Her production house Balaji Telefilms had a turnover of 151 crores in 2011. She now has a slice of life soaps on the telly, with Alt Balaji. The Czarina of television now produces web content and dabbles in movies, while donning the hat of a single mother to a baby boy through surrogacy.

Oprah Winfrey is an American media executive, tv show host, and philanthropist. Her intimate and confessional talk show The Oprah Winfrey Show was one of the highest-rated programs for its 25 years duration. She has been ranked as the most influential woman in the world numerous times and was North America’s first black multi-millionaire and the greatest philanthropist & making her one of the Women of Decade. In 2010, Life magazine voted Winfrey as one of the 100 people who changed the world. She also won the Forbes most powerful celebrity tag in 2005, 2007, 2010 and 2013. Her charisma still inspires many even today!

These are just some of the women, every day we meet someone who touches our life and creates an impact. All these women started from modest beginnings and went on to become global movers and shakers. So, be inspired and strive to make a difference in the coming year!