The Ugly Face Of Lockdown: Domestic Violence Is On The Rise Globally 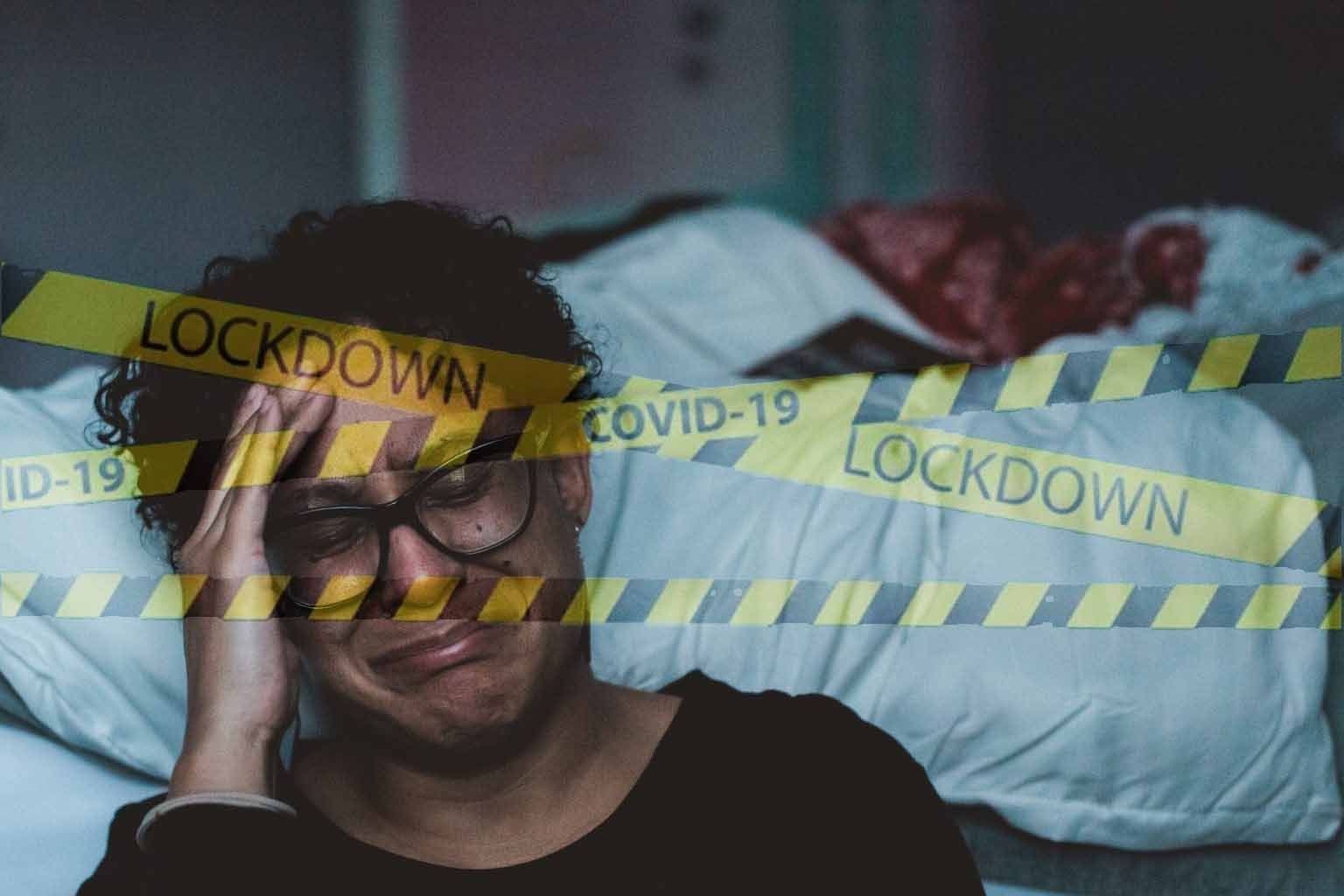 The world has come together to fight the COVID-19. The biggest pandemic seen by the modern world has already claimed over a million lives, and it is not relenting till now. Every day the number of deaths and people infected by the deadly Coronavirus is growing at an exponential rate. To control our worst fears from turning into reality- governments in all continents have asked for lockdown protocol to be initiated.

In the lockdown protocol, citizens have to remain inside their houses. Schools, colleges and workplaces are closed and only essential services are in place. These drastic measures are essential to save humankind, and it has led to loss in GDP, pays cuts and unemployment, and a recession looms ahead menacingly. But a greater menace threatening the society is domestic violence- abuse in the hands of perpetrators with whom the victims are now forcibly locked in.

NCW chief Rekha Sharma attributes this spike in gender-based crimes to the current condition, wherein the men are stuck at home, and some without any work, and are extremely frustrated and they take this desperation out on their wives. They also refuse to help with household chores and the victims are stuck within the confines of their home and cannot even escape or share their grief with anybody.

Even in houses where there were no previous instances of domestic violence, things are turning volatile.  An uncertain future is stressing everyone which is leading to arguments and violent outbursts against women. Managing their career along with the home especially in an Indian setup is extremely difficult- with in-laws and spouse never being satisfied and turning abusive.

NGOs that provide aid to domestic violence victims have seen a spur in the number of cases being reported during the Coronavirus lockdown period. The physical abuse is worse among the women from lower economic strata, where the husbands are alcoholic daily wage earners and being cooped up is increasing their violence. A petty fight is turning into something worse. Women are vulnerable and they need help and need to escape their tormentors but there is no way out.

This is the scene in almost every country- it is the side-effect of the Coronavirus pandemic. The helplines have noted increased surges in distress calls. NGOs are appealing to governments to provide a solution to this crisis.

UN Secretary-General Antonio Guterres appealed to government worldwide: “I urge all governments to put women’s safety first as they respond to the pandemic.” As the period of quarantine increases, so does “intimate terrorism”.

Whether it is in China’s Hubei province during February or Spain have shown over 18% rise in cases being registered against perpetrators of domestic violence. The French police have recorded a 30% spike in cases. According to media reports, the Australian government has reported 75% increase in search for support against domestic violence. South Africa reported an alarming 90000 cases of gender violence in the first week of lockdown itself. The numbers are grim in the USA too.

The Window of Opportunity For the Victims Have Become Smaller

The worst part is, psychologists and NGO workers feel that double the amount of cases aren’t being reported or rather it’s not being possible too. Being restricted these women don’t have the privacy to communicate with the authorities. It is almost like being held hostage in one’s own home. The support network and the counselling that the victims receive are extremely vital. The social distancing has taken away the last resort from these helpless ladies.

Women in India fear the repercussions of filing a complaint against their husbands. The sudden imposition has taken away their chance of escaping to their parent’s house. Shelters for the victim of domestic violence are closed due to overcrowding and maintaining social distancing. The help groups are extremely understaffed due to the current crisis.

Authorities are Rushing to Provide Protective Arrangement for the Victims

The Italian and Spanish authorities are requisitioning hotels and turning them into a shelter. UK government has said that victims could “disregard orders to stay at home if they need to seek immediate refuge.” Most NGOs are proving support via calls and texts but it is not the same as face-to-face interaction.

The police in England have asked delivery personals and postal workers to look out for any signs of abuse and torture and in France, women are seeking help at the pharmacies, one of the few places still functional.

The Divorce Rates Have Spiked Since the Lockdown has Been Imposed

China, the epicenter of COVID-19 and one of the first places where the lockdown was imposed have shown an increase in the number of divorce cases being filed. This trend is in lieu of the fact that whenever couples spend an increasing amount of time together like during Christmas, the divorce cases shoot up. With the current pandemic, where an aura of uncertainty looms over everyone, the frustration and strain of life have started taking its toll.

Being in self-isolation with a violent spouse just magnifies the problems which might have been ignored in a normal situation. There have been over 230% increased searches for how to obtain a divorce in the UK alone. Ayesh Vardag a prominent divorce attorney, sums the situation as, “ a pressure cooker waiting to blow up.”  The rate of divorce is much higher among the younger generation.

One of the primary reasons for this increase in divorce filings is domestic violence. Most of the filing is done by women who can no longer bear the brunt of their perpetrators and fear the safety of their lives and their children.

Anita Bhatia the Executive Director of the UN Women has said, “the very technique we are using to protect people from the virus can perversely impact the victims of domestic abuse.”

The numbers keep rising and with the lockdown set to be extended, the situation is going to go from bad to worse.

Also Read; Domestic Violence: Are You A Victim Too?