The Trip By Bindass: Show Which Stole Every Single Girl's Heart 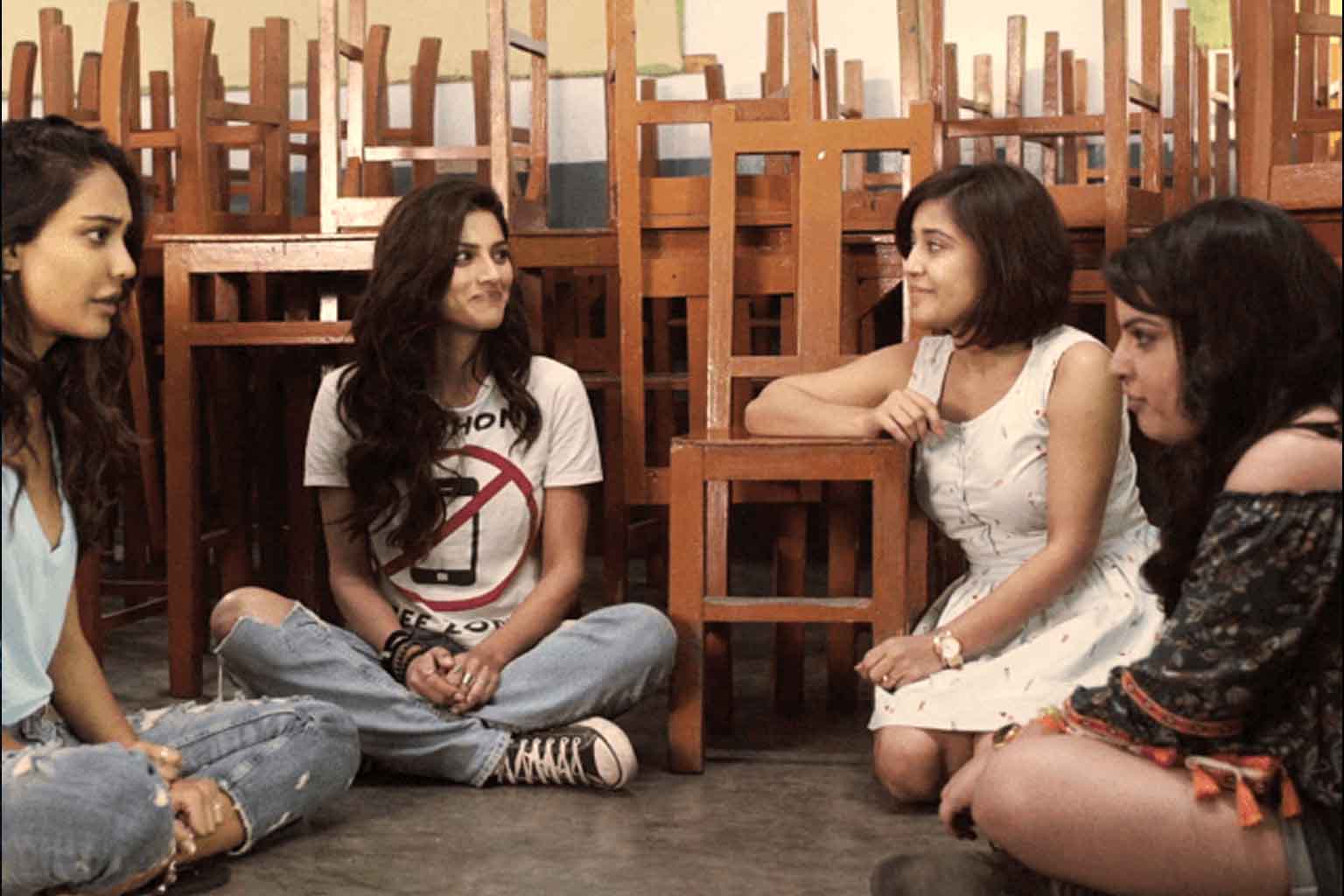 While Watching movies like Dil Chahta hai and Zindagi Na Milegi Dobara, guys have been entitled to an opportunity to imagine their fantasies and scenarios for their dream road trip. However, Girls have been longing and just dreaming without any scenarios to relate to. The wait was over when Disney India’s youth entertainment brand Bindass announced it's very first fictional Web Series ‘The Trip’ on the 15th of December,  2016.

The Lakshya Raj Anand directed web series is an incredibly interesting & vivacious portrayal of 4 girlfriend’s life while they take a trip from India to Thailand together. This girl-oriented series makes you feel happy, relatable, excited, and mournful yet keeps you stuck to your couch for more.

The Trip Season 2 returned with the same star cast except for Lisa Haydon who was replaced by Amyra Dastur. This new season was located in a wedding set up where the bride is planning to run away!! This exciting showcase of the storyline is a must-watch with more thrill and adventure. Let us enthrall you by exposing you to the details of both of the seasons that are immensely impressive and make you run to binge-watch the same!

Here is all that you should know about ‘the trip’ season 1.

The storyline of the series revolves around four girlfriends who plan to take a road trip from India to Thailand for Ananya’s bachelorette party. The four girls kick start their road trip to Thailand making reckless decisions, acting like immature kids, and living it to the fullest with loads of fun. Alongside the fun, drama, and memories, they go through a few mishaps, some realizations, and acceptances and this indeed bound them to come even closer, together. While Ananya wishes to go on a road trip to live life wildly on her terms, Nazia enjoys being with all her girlfriends and Sanjana tries facing her fears while being on the journey. Shonali wishes to go to Thailand to attend the music festival to get a sense of sound in her life.

Why must you watch it?

This Web Series is a complete package of fun & drama, adventure & mishaps,  stories & histories, content, and emotions. While most of the filmmaker's favorite topics to be filmed are road trips and bachelorette but this one feels unusually fresh that can grab your attention and leaves them to have more and more of it.

Talking about the road voyage from India to Thailand, the cinematography of the series is incredibly commendable as it goes on to capture the scenic beauty and aesthetics of the India to Thailand Journey.

This well-studded star cast has actors adapted into their respective characters with great ease and effortlessly. Each character has their own stories and personalities came out to be different from each other and managed to present it wonderfully. You laugh, cry, and will surely come for more.

Here is all that you should know about ‘the trip season 2’.

The second season begins with a wedding set up where Ananya, the previous bride to be, is now married. And the old trio of Ananya, Sanjana, and Nazia are in Tamil Nadu to attend Nazia’s cousin’s wedding, Ira. As Nazia goes to Ira to get her to the mandap, Ira is actually on her way to run away from the site due to her apprehensions regarding the high divorce rates happening in today’s world. As Ira convinces Nazia of her decision, Nazia includes Ananya and Sanjana to help her run away. All of them meet outside the wedding set up.

But where do they want to go?

What’s special about this season?

This Season directed by Sonam Nair brings you a new vision with another level of adventure, new stories, and new concept that makes it different than season one yet with more relatability and fun. The Trip 2 shall remind you of everything you have once might have thought of doing or planned to do with your girlfriends. The wedding drama has added a new flavor to the series with other sets of problems, fears, and life that is discussed in the season that makes you go crazy for the same!

So go on to try the series consisting of 2 seasons, 10 episodes of 15 mins each. This cute mini web series shall take your heart away in the loveliest way and keep you in awe as you witness love, friendships, fears, and life! It makes you crave the best trips you could imagine, and well you got your Zindagi Na Milegi Dobara kind of relatability from this fictional drama. Go on to watch the same for the love of endless fun, usual drama, hilarious friendships, exciting adventures, and lively & lovely dreams.