Adulting by Dice Media: The Show Which Spoke The Truth About Adulting 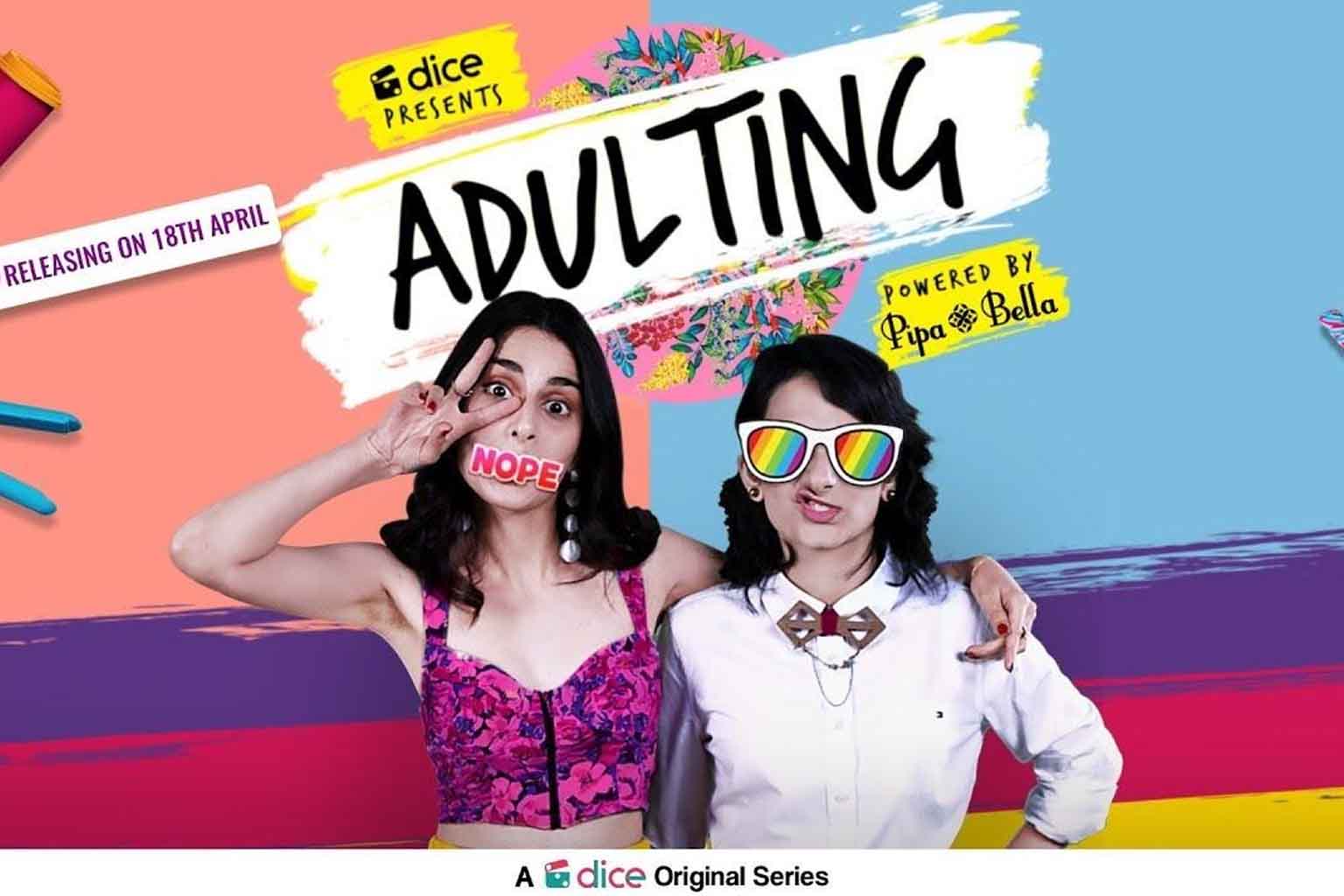 Dice media’s web series Adulting is about two young girls working away from home and how they manage to get through the struggles of being an adult. As of today, young adults, in general, have to juggle so much and face a lot of struggles in life. They have to maintain a sufficient bank balance, maintain a good social life, lead an independent life with roommates, face issues at their workplace, maintain relationships, and the biggest of all have big dreams career-wise but end up doing a job that is never expected. These elements are wonderfully incorporated in the web series.

Adulting Showing the Truth of Adulthood

The series has represented the situations faced by a young adult quite realistically. The young generation can relate to the show in so many ways. The makers have done a great job of showing that the life of young adults is more complicated than one can imagine. Adulting is hard and can be discouraging sometimes, but when you have someone who is understanding and loving, everything turns out to be just fine at the end of the day.

Season 1 of the web series focuses on the friendship and bonding that Ray and Nikhat share. Even if Ray is broke AF, as it is her roomie’s birthday, she does her best to make Nikhat’s birthday worthwhile despite being on a tight budget. The girls are visited by Nikhat’s mom who stays at their place for some time. This creates a hilarious situation as they try to hide their lifestyle choices from Nikhat’s mom to stay out of any trouble. However, Nikhat’s mom turns out to be cool and supportive in the end.

Work-wise, Ray was not satisfied with her job profile as she had high hopes for her career.  One of the loveliest elements of this series is the heartfelt bond that the girls share. It is really heartwarming and beautifully shown!

Nikhat tries to console and provide positivity whenever Ray shares her disappointments with her current career situation and whenever Nikhat feels low about her life, Ray tries her best to support and give good peps talks to uplift her mood.

However, sometimes the girls go through a rough patch as well and disagree on some points but they eventually make up. The beauty of this season is that it shows how a young adult sometimes misses being a child and the simple times of childhood where there was so little to care about.

Season 2 of the series starts with the visit of Nikhat’s cousin brother, Adil. This season mainly focuses on the theme of what a youngster goes through as they step into work-life. In this season the girls also have a new neighbor with whom both of them are fascinated as her life is quite interesting and very happening. They try hard to befriend and impress her. Especially Nikhat who thought of her new neighbor as a role model of hers.

This season of Adulting also shows the dating life of Ray which is quite relatable to the youth of today’s generation. They also have incorporated awkward situations that girls in the office face with their male colleagues which are again so common in real life.

The central characters of the series Nikhat and Ray are played by Aisha Ahmed and Yashaswini Dayama, respectively. Both of them have done an amazing job of bringing the characters to life. Can’t think of a better cast than them in Adulting. Watching them in character and acting their hearts out is just mind-blowing. The other actors' cast as well did a pretty good job with their parts. There are no shortcomings anywhere to be seen in the series. Kudos to the entire cast of Adulting!

Overall the concept for this series is very good and unique. Adulting is a genius web series itself as it has covered so many factors from the point of view of young adults. The struggle at the workplace depicted in Adulting is undeniably true and many girls go through such situations in real life.

The web series did not feel forced at all at any point. The makers of the series have beautifully shown the hurdles and other situations young adults nowadays have to face in life. Thank you for bringing this show into our lives. Check out the series here.

Also Read: The Trip By Bindass