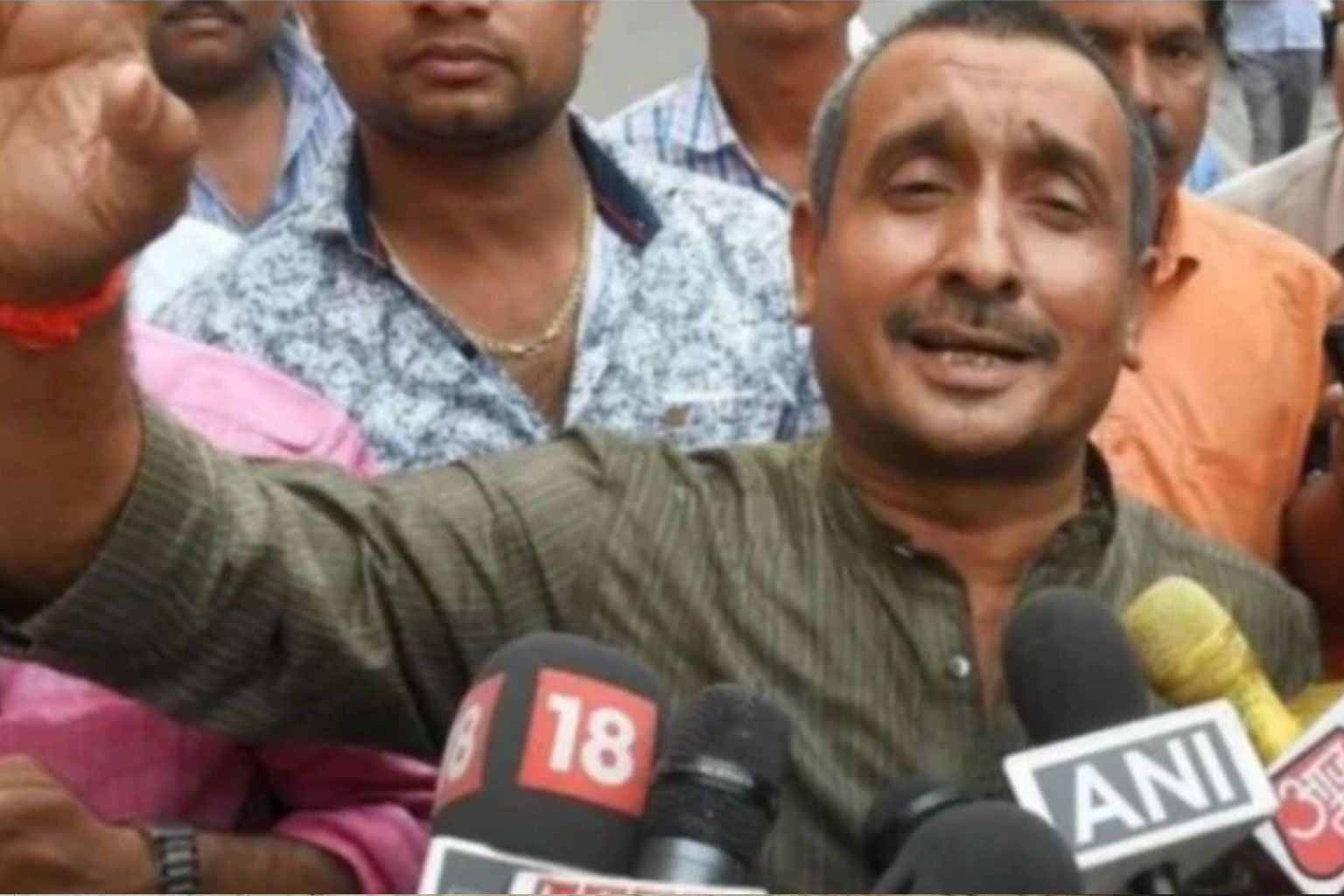 Letting alone the in-depth analysis and detailing of Unnao Rape-Case, if we just see what the surface has to offer us, even that bit shakes us to our core. It takes your conscious in a situation of distrust on the very idea of humanity. What UP MLA Kuldeep Singh Sengar (accused in Unnao-rape case) did, not just raped the very dignity of that woman, but it raped us of our collective conscience as a society on the whole. And the life sentence that he has been blessed with is a further way to keep him and his alike MLA’s courage ablaze! It’s a victory to them and in the garb of that victory, we have been given the buffoonery chit, all that we are and can ever be are mere spectators to our own carcass!

Here’s how the series of dark events (Unnao-rape case) unfolded:

4 June’2017- The satanic UP MLA and Former BJP Member called the girl to his place which was Majhi village, while the latter was merely 16 years old back then. Sengar raped her there, and this is the crime for which Delhi High Court has punished him with the life sentence.

11 June’2017- Having his thirst of luciferousness unquenched, yet again he gang-raped the girl with his brother and his friends as an accomplice named-‘Atul Singh’. For this, another trial is in the procedure. This was the day when the FIR register saw a missing complaint about the girl done by her family members when she was nowhere to be found in her village named Mankhi, Uttar Pradesh.

21 June’2017- She was later recovered from the district called Aurraiya in UP.

3 July’2017- Having gleaned all her courage, the victim chose to write and request to UP chief minister Yogi Adityanath, demanding booking of Sengar for rape charges.

24 February’2018- The rape victim’s mother went on to request the CJM to have a complaint filed in the name of UP MLA.

3 April’2018– Having had all the power, Sengar made the victim’s father arrested and made the police officials beat him on his orders.

8 April’2018- Tired of all this, the victim went on attempting immolation on herself in front of UP’s CM house.

9 April’2018- Due to extreme police torture, the victim’s father breathed his last in the hospital on 9th April.

10 April’2018- As the situation went beyond the so-called control of Sengar’s hand, Atul Singh was arrested on allegations of rape and assault of the victim, and her father.

12 April’2018- On 12th, the government employed a special team to investigate the matter further.

13 April’2018- Allahabad High Court ordered an immediate arrest of Sengar owing to a letter sent to them by a senior advocate. CBI goes on to further investigate the matter. Kuldeep Singh Sengar was taken by CBI for an interrogation session and lastly faced an arrest by CBI.

14 April’2018- The case saw progression with another arrest of accomplice named-‘ Shashi Singh. ‘ He was this same man who took the girl to Sengar’s place and guarded outside the gate all the whole when she was being raped.

11 July’2018- The very first charge was filed by CBI against Kuldeep Singh Sengar and Shashi Singh for rape.

13 July’2018- The case saw the filing of second charge sheet against Kuldeep Singh and his brother along with three policemen and five others for bringing the victim’s father to police custody and torturing him henceforth.

18 August’2018- The major witness of the murder of the victim’s father, named Yunus, was found dead under an extremely unexpected situation.

27 December’2018- The victim’s family saw an FIR filed against them for showing the girl as minor when the heinous incident took place.

4 July’2019- Victim’s uncle, as he offered to help the girl in the case, as a family member saw a case filed in his name for an attempt to murder in a backdate case of 10 years ago. He was jailed for the next 10 years ahead.

12 July’2019- The victim’s family drafted a letter in CJI Ranjan Gogoi’s name telling them how they were caught in absolute terror due to Sengar and his accomplices.

28 July’2019- Victim’s family along with their lawyer as well as victim were enrouting Rae Bareli when a truck came their way and collided with their car. The incident saw the death of two aunts of the girl while the girl was taken to Delhi’s AIIMS hospital all the way from King George Hospital, Lucknow through air ambulance.

29 July’2019– The FIR register was red with names of Sengar, 9 other men and 20 additional members who were found to have a connection with the case.

30 July’2019- SC recognized suo-moto towards the letter sent by the victim.

1 August’2019- He was expelled by the BJP party owing to extreme public outrage in his name. It was on August 1st that CJI Ranjan Gogoi ordered through SC, a compensation of 25 lakh to be paid to the victim’s family.

17 December’2019-  Adjournment of the session in Sengar’s case happened while the new date was 20th December.

20 December’2019- Court finally gave Sengar life sentence punishment for the rest of his life ahead of the heniousity committed.

All that a common man can comprehend out of this case, is the fact that there’s no room for his justice, especially when you belong to the female community. All that one can wish for is to have a little less loss of life or property! All that one can wish is a little more justifiable punishment to the criminal! But when it comes to true justice, the system seems mouth folded along with a blindfold on eyes! Why? Because they are powerful and one cannot mess with such an authority! As happened in Unnao-rape case.

All that Sengar got is a life sentence and no death sentence for the barbarity and devastation he caused to the girl. Someone’s entire family got devastated and zapped and all she could do was sit paralyzed with a stoned heart due to the system. Where have we reached as a social community, as a humanitarian community? All that we are is a mere buffoon to the system of criminals, mere buffoons, isn’t it? Hats off to every courageous girl who has out mastered the art of living in such a suffocating and succumbing monstrous realm!
Hats off to the Unnao-rape case victim!!!

Salute to you all💚