Teenage Drug Abuse: How To Deal With It? 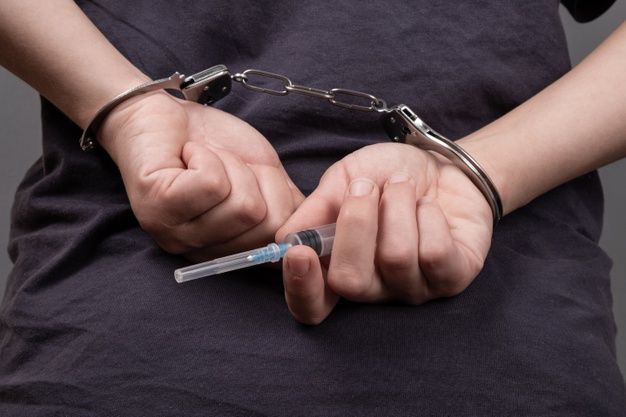 The adolescence or teenage period is quite overwhelming both for the child and the parents. With the sudden changes in the hormonal levels and physical structure, it is common for teens to feel different or act differently. With the onset of this “revolting” phase, parents find it hard to understand and communicate with their children. This occurs because many teens find difficulty in explaining their feelings, and some become too reserved.

Teens look for amusement and feel like experimenting with new and ‘adult stuff’ which are mostly harmful things like smoking, alcohol, drugs, etc. This dangerous experimentation sometimes leads to addiction as well. Teenage drug abuse is pretty common almost everywhere and a big concern for the parents.

There are numerous reasons why teen drug abuse occurs and can have serious health consequences. So, before it is too late, parents should be vigilant of their teenage children and see signs for drug abuse. As we all say, adolescence is a very crucial stage in life!

We, humans, are born with curiosity like that of a cat. This curiosity increases more as we grow up from being a child to become an adolescent. As kids, if we go down the memory lane, we all were fascinated with the lives of an adult – especially the freedom to do anything and go anywhere. Both the childhood and adolescent phase is very impressionable, and we mostly adopt habits and lifestyles that we see growing up around us. The media is another factor that has a powerful influence on young minds.

So, a child who sees someone abuse drugs either in real or on television may become curious about the same. Most importantly, sometimes parents need to take prescribed drugs for their health conditions. As kids are filled with curiosity, if they get access to such drugs, they may end up with the issue of teenage drug abuse and addiction in the long run.

Peer pressure is another reason why there are many cases of drug abuse leading to teenage drug addiction issues sometimes. Teens are compelled and forced by their peers to try drugs. Denying such offerings, they are bullied and treated as outcasts.

Many remain stubborn and stay immune to such harassment, while some decide to give it a try and become a part of the ‘cool kids’! In doing so, while such teens enjoy the company of ‘cool kids’ and fit in the system with drug abuse before they know it, they become dependent on the drugs.

There are certain medications that children with ADD or ADHD are given to help them concentrate better on their activities. However, many believe that anyone can take such medications and reap the benefits of getting better concentration, increasing their productivity.

One such common drug that many students use is Adderall. This drug indeed is seen to help students memorize their studies better, but they may suffer serious health consequences eventually.

The fact is, little do the youngsters know that such drugs impart more negative effects on their health. Continued drug abuse for such reasons affects cognitive health, disrupts the sleep cycle, increased blood pressure, and causes dryness of the mouth.

Drugs that teens commonly use

Below mentioned are some of the commonly used drugs by teenagers in today's time.

Having a teenage child is a big challenge that parents have to win properly with good parenting skills and lots of patience. Mood swings or changes in their behavior are a common sight to see when you have a teenage daughter or a son.

So, it is understandable that as a parent, you may not be able to make out if your teenage child is under the influence of drugs. Look out for these signs that will help you identify drug abuse:

Point to be noted these are just a few common signs, there are maybe other signs as well. However, it is important to find physical evidence as well to confirm drug abuse before dealing with the situation.

Side Effects of Teenage Drug Abuse and Addiction

The side effects related to drug abuse and addiction are seriously detrimental to health.

How to Deal with Teenage Drug Problems?

Finding out your teen has been using drugs or has just started using can be a devastating feeling. However, it is of the utmost importance of dealing with teenage drug abuse or addiction carefully.

Recovery from teenage drug abuse or teenage drug addiction will be hard and tricky. You have to stay strong and determined to get rid of the issue. Sooner the better, but it is never too late to recover.

Also read: What If Teen Depression Is Left Untreated