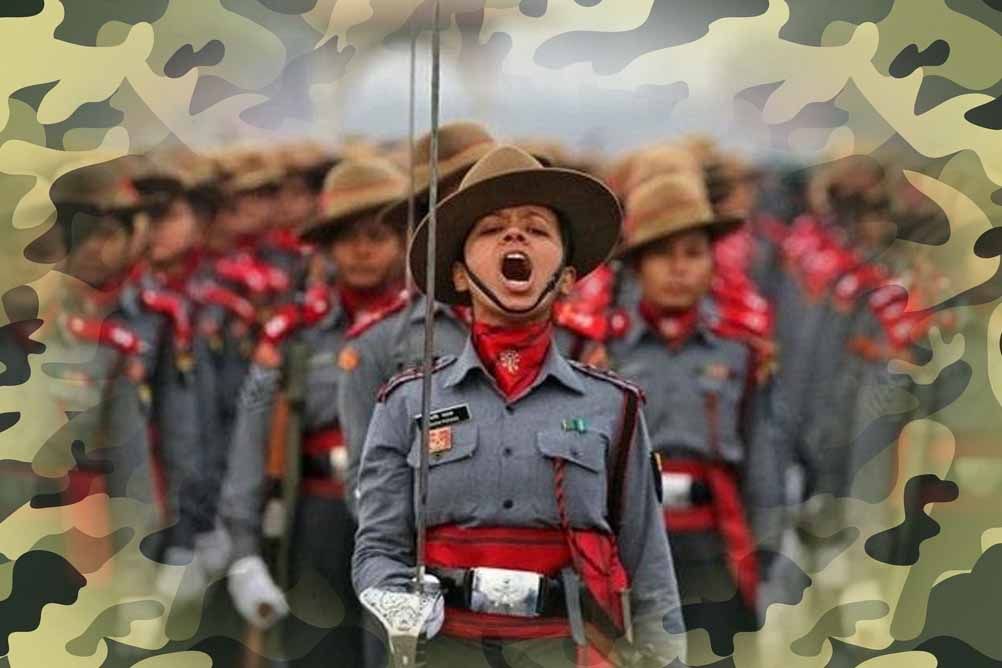 It’s 2020 and from the recent occurrences going around, it is evident that our time to rise and shine as women is finally here. It feels good to know that we are finally given equal chances in the world to prove our competence and ability.

Recently, the Supreme Court of India has waved the green flag on giving commanding posts to women and granting them a permanent commission in the Indian Army, Indian Air Force, and Indian Navy. Before this, women were only recruited on a short service commission which had a tenure of 14 to 15 years.

The SC bench led by DY Chandrachud for this case observed that after completing the tenure, women retired without any pension or retirement benefits which is unfair.

It all began in 2010 when the Delhi High court gave orders that the women in the army and air force should be given permanent commission while upholding the policy decision that keeps women out of combat units.  However, the central government submitted a plea in the SC against this order, pointing out details like the soldiers in the army do not have the mindset of taking orders from women.

However, SC granted permission to give women permanent commission as well as put them in command posts, pointing out the pleas by the central government as unfair and highly stereotypical gender-wise. It is sad and unsettling to see the pleas put forward by the central government against the Delhi High court Orders in a time when women are fighting hard for equality.

What is Different Now?

While the verdict excluded women from combat wings in the Indian Army, women allotted in non-combat wings- Signals, Engineers, Army aviation, Army Air Defence, Army Service Corps, AOC, Intelligence, and Regiment of artillery will get the benefit. However, in the year 2008, the permanent commission was already accepted in two units of the Indian Army – JAG and Army Education Corps.

In simple terms, women can now get promoted to senior levels such as colonel and will be rewarded with benefits similar to their male counterparts in the Armed forces.

Now, this is something to be proud of and not lose hope about equality, ladies!

Supreme Court of India – The Breaker of Chains of Gender Stereotypes

It is shameful and not at all acceptable that the central government is still lacking behind in women's empowerment in all aspects. In their plea against the Delhi high court order, they mentioned that due to physiological and social factors, women are not fit for a permanent commission or to give orders to soldiers in the Army.

Rather, they should have tried to break the old-age tradition of men belittling women in our country. So what, the soldiers don’t like to take orders from a woman in command? Why protect the mentality of such soldiers? An order is an order, no matter who gives it. Soldiers should be trained to ignore such social obligations, which is a small step towards empowering the women of our country.

Maximum Benefit for the Women in The Indian Air Force

The Supreme Court of India has ordered the government to implement the policy within three months!!

This verdict by SC shows that our country is slowly progressing towards a better future and breaking gender stereotypes which are the need of the hour.

Thank you Supreme Court of India!