Hey Lady, Choose Pride and be a Part of “The Indian Army’ 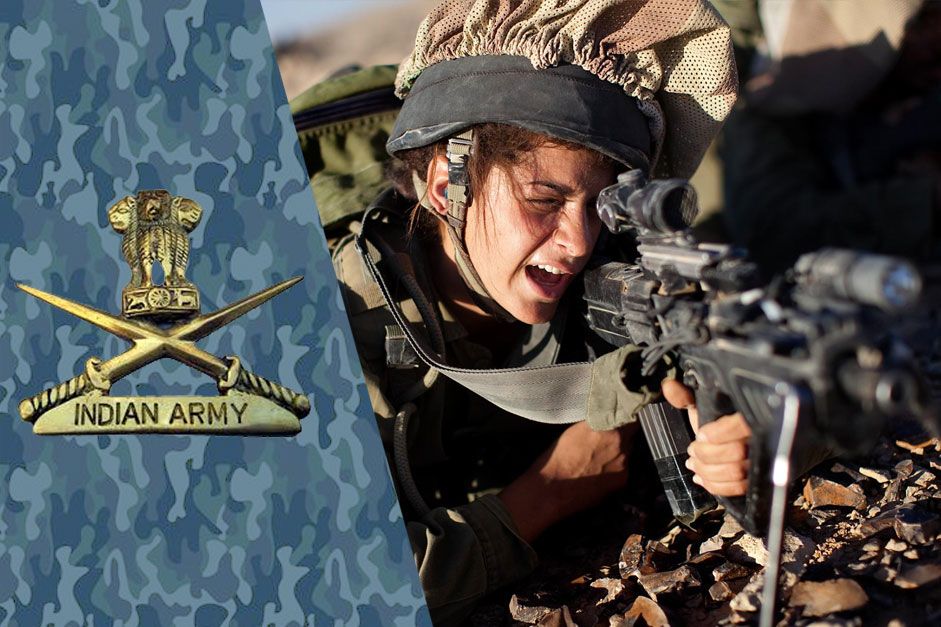 The Indian army has always been the crown of pride for Indians. Being the third-largest army in the World, the Indian army has always made the nation proud. Indian soldiers sacrifice the last drop of their blood for their nation, which includes women soldiers as well. There was a time when the job of a soldier was male-dominated, but not anymore. The progressive thinkers and the Indian Government have never thought of the Indian Army to be only for men. Coming from a long journey, when women were only a part of supporting roles in the army, they now serve as women in combat roles and supervisory roles.

According to reports, women in the Indian army have proven to be great support, especially in counter-insurgency in Jammu and Kashmir and in North East where militants use women as a shield to protect themselves and disrupt counter-terror operations. Back in 1992, Indian army officials made a decision to include women into the officer cadre. Priya Jhingan was one of the officers commissioned in 1993. Since then, 1200+ Lady Cadets have been serving the various Arms and Ranks of the Indian Army and proved to be the new dawn to empower women in India.

For every aspiring soldier of the Indian Army, there is a certain set of protocols that is to be followed by everyone may it be male or female. If you wish to be a female Indian Army Officer, just like any other field, it requires a graduate degree for higher ranks and the 10th pass for primary selection. Mental and physical well-being is another aspect to be taken care of while joining the defense. One should stand up to meet the Army Medical requirements. A tough physical training along with a rough environment awaits you if you wish to serve in defense. But with the right motivation and aspiration, any woman can join the army and serve the nation.

Learn to be Uncomfortable

A treat to Equality believers, the Indian Army is the only field where you do not get any special treatment on the basis of your gender. Nothing is going to pull you a special seat for any of the ‘female problems’ or menstruation. This field lives above these conditions. It thrives to make you tougher each day. A female should make herself low-maintenance in order to survive in this field. One of the most important lessons to be learned in the defense is to quit luxuries and lead a tough life. In the course of Indian Army career your idea of life, relationship and family will change drastically.

This career plays fair and square in the measures of ranks, opportunities and pay. There is no differentiation on the basis of gender. The Indian defense lives by the fact that the nation is above you, me and everyone so there is no space for anything personal. The one in the Indian Army is looked upon as the most respected one. Being an Indian Army officer, any woman would make the other hundreds look up to her with pride and motivation. A life of respect is what every Indian woman aspires to lead. The idea of dedicating your entire life to serving your motherland is of great honor, lauded and respect by all.

Being in the Indian Army demands a lot of dedication and sacrifice. The sacrifice of your old habits, relationships, and life, but it takes you to rank that the masses look at with eyes filled with pride. This job a Female Indian Army Soldier might not be easy but it gives you a respectable and secure career with the possibility of adventure and growth. Hence, it will surely be the best decision for any woman’s life.