Sologamy Marriage: Is This the New Age Way of Liberation? 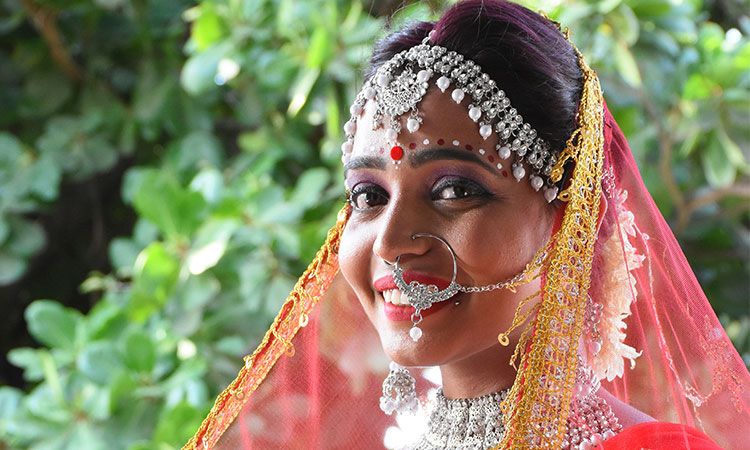 "You, will you remember me?

And before you set me free, oh listen, please." Enrique Iglesias.

No! You don't have to beg someone to remember you or set you free if the relationship doesn't work out. Even if you have no one to marry, and to the extreme, even if you are the single person living in the World, Nah! You don't need to worry! There will still be someone special to take care of you and live with you for your whole life, and that person is none other than 'You.' You are welcome to say 'Yes, I Do' and marry yourself. Sologamy marriage has been increasingly trending as a ritual of expressing self-love.

What is a Sologamy Wedding?

Now we have heard of various types of marriages such as polygamy (which is sub-divided into polyandry and polygyny), monogamy (most popular and humane), inter-faith marriage, shotgun marriage (due to unplanned pregnancy), same-sex marriage but sologamy marriage became viral in India after Kshama Bindu entered into sologamy. In a nutshell, sologamy or autogamy is a union of the self by social rituals.

Kshama was the first Indian to marry herself after making it public on social media that she would marry her. Though the news has been storming the internet and netizens are searching like fanatics on everything about this unique marriage type, sologamy is not a new concept.

If you are familiar with the 1998 American romantic comedy-drama TV series "Sex and the City" and its famous character Carrie Bradshaw, marrying self is no unknown to you. The trend was initiated 25 years ago when a dental hygienist from LA named Linda Baker married herself. The most probable first sologamy marriage in the World is Baker's. She says, "You can have a fairytale without the prince." Then an NBA player, Dennis Rodman, made news in 1996 by taking the sologamy vows to himself. However, sologamy is not a legal affair, and you are free to marry someone in the future.

Many celebrities such as Adriana Lima, Chris Galera, Fantasia Barrino, and Laura Messi had previously made headlines for being sologamists. These individuals wore not only sologamy rings but also performed other marriage rituals without a groom or bride.

One of the highest paying of all time Victoria's Secret Models, Adriana Lima, 2017 got self-married with a diamond ring. On her Insta platform, she said proudly, "I am committed to myself and my own happiness, and I am married with me." But currently, she and her partner Andre Lemmers are expecting their baby.

According to Indian Constitution, there is no backing for sologamy marriage. Not only in India but no other countries allow sologamy, nor does it have any social foundation. Sologamy or self-marriage, according to experts, would not be lawful in India.

A senior lawyer, Chandrakant Gupta, reminds us that sologamy is not permitted in Indian law. He said, "The Hindu Marriage Act uses the terminology 'either of the spouse,' meaning that there must be 2 persons to complete the marriage. Sologamy will never pass the legal scrutiny."

However, the marriage of Kshama also got backlashes from political leaders such as Sunita Shukla, who dismissed her temple wedding by saying, "Such marriages are against Hinduism, and this will reduce the population of Hindus. If anything goes against religion, then no law will prevail." But that remark did not stop Kshama from taking pheras (7 rounds around a fire alter) and wearing vermillion.

Self-marriage is a symbolic act that is not legally enforceable. Any legal documents containing your marital status can be amended at any time. There is no documentation involved, and because it has no legal standing, you will not be committing bigamy if you marry someone else in the future.

Why Do Some People Prefer Sologamy?

We have seen men and women not get married for years and, in some cases, their lifetime. But self-marriage is quite unconventional in that it performs every single ritual a person can have in their marriage except the marrying partner.

In most cases, women who are affluent or have promising careers opt for sologamy. But bitter relationships and bad breakups may also contribute to the choice of autogamy. While the practice of self-marriage is growing in popularity, particularly in countries where loneliness is a problem, such as Japan and the United States, the reasons why a single person might feel compelled to marry oneself vary widely and are, in most cases, highly personal.

Though sologamists have found merits in this unconventional type of marriage, critiques have termed sologamy as narcissism. If we see the history of matrimony, it is a foundation based on the men and women relationship, rearing of children, finance, and family bonding.

Bhoomeeka Jain, a psychologist, and a relationship expert, expressed her concern that the sologamist can feel lonely for some time and may exhibit narcissistic tendencies. These types of unconventional unions happen if the person fears change. To wrap up, marriage between two persons requires a person to change to make the relationship lasts long. No marriage is perfect and needs endless effort to lessen the hurdles that come in the way. However, some individuals may remark that there is nothing wrong with self-loving, which is fundamental to all relationships.

The debate may last for hours, but it depends on how we see ourselves. If you are happy to unite with a person, you should go for it. If you want to spend time with yourself and love your company the most, you can undeniably enter into a sologamy relationship. After all, you are the sole creator of your life. Moreover, your decision of autogamy will not harm anyone and doesn't limit you from getting married again in the future to the love of your life.

Q. Can You Get Married Yourself without a Priest?

A. The practice of marrying oneself is called sologamy, which is a representation of self-love and accepting ownself completely. A priest does not need to do so if you enter into a sologamy relationship with yourself.

Q. Is it Possible to Marry Online?

A. After the pandemic hit the nations, many couples opt for online marriage. Moreover, some sologamists are too availing of online marriage with the help of marriage mantra records, doing other rituals to support their union.

Q. Can You Get Divorced after Entering into Sologamy?

A. Sologamy is nothing but expressing your self-love by performing some rituals. The sologamy ends when you are involved with someone else. But self-respect and love are never ending factors.

Also Read: Same-Sex Marriage: Why It Is Still A Social Dilemma?