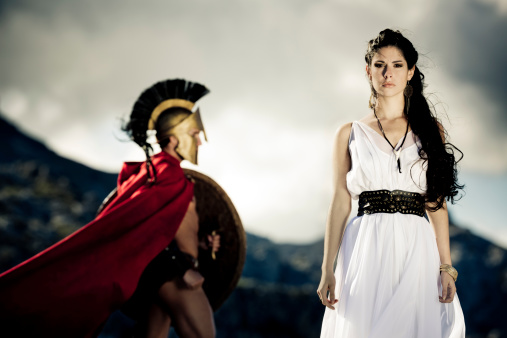 We all know that women are the beautiful embodiment of seraphic virtuousness decorated with the sweetness of articulation and vision from God. While some schools of thought represented women as capable and equal to men, others demeaned them and looked down upon them by labeling them as the weak-minded gender.

However, talking about factors like socio-economic women status has witnessed a steady transformation from the ancient to the modern era. Back in the day, women were subject to unjust practices and disrespect. They started regaining their lost status sometime later in the 19th century.

From ancient to modern women, their lives have transformed in leaps and bounds. We are in the midst of a great change that is revolutionary and providing women with different platforms to voice their opinion.

The goal is not to fight for women’s rights but human’s worth. Ending inequality should not be the motto but restoring faith in justice and humanity should be.

According to some scholars, ancient women in some parts of the country were treated and deprived of basic human rights, while other countries recognized their rights from the beginning. This is a highly controversial topic as different people hold different perspectives.

Studies suggest that women in ancient times were highly educated and probably had more freedom which later started declining with the onset of various religious practices.

In China, women were considered to be the subordinates of their husbands, fathers ,and brothers. Their contribution to society was held powerless and inferior.

Ancient women had great roles to play. They were the sharply delineated examples of domesticated yet dominant, impotent yet independent, qualified yet suppressed. However, the status of women went through a series of transformations throughout the history of time.

The changing spell of time has very relatively altered the social status of women in the world. Education, economic stability, political awareness, recognition of women’s rights were some of the reasons that led to women’s status advancement.

The 19th century witnessed the onset of the feminist movement that further accelerated the growth and empowerment of women.

Modern women today are walking shoulder to shoulder with men in all aspects of life and defying the stereotypes that are held against them. We now see women representing themselves politically as well. Indira Gandhi, Michelle Obama, Margaret Thatcher are some great personalities who have led the world forward.

Not just politically, even education-wise women have proven their capability time and again and are continuing to do so to date. Malala Yousafzai who earned the title of an education advocate at the age of 17 has broken social norms and left the world in awe.

Even though the world is pacing at a faster rate, just like yesteryears, women are still victims of discrimination. With the advancement of our society, modern women are being slapped by new challenges on their faces which still makes us wonder if at all we should envision a gender-bias-free world.

Today, a total of 35% of women fall prey to harassment and assault with 61% facing gender discrimination. The figures indeed are worrisome and still threaten the existence of women. These are the problems that need to be ironed out if a peaceful society is what we are envisioning.

India is known as the land that worships women. While women in the early Vedic period observed equality and the freedom to choose their own significant other, divorce was not permitted to either of the two genders.

Women back then were treated no different than men. They were granted the right to education and were given the economic freedom to shape their careers as they wanted. The Vedic times allowed women to enjoy an honorable status.

The freedom was however very short-lived. With the rise of Dharmashastras and Puranas, women got deprived of their basic rights including their right to education. Their status kept drastically deteriorating especially in the Medieval period where they got labeled as a “liability.”

The status of women kept undergoing drastic changes over the course of time. Indian women have gone through every phase of struggle right from independence to oppression.

However, despite the challenges and roadblocks in their path, they have very successfully created milestones by manifesting their power and competency.

The quality of life of Indian women has gotten better with time. The government and law are half credible for fostering a change that recognizes women as worthy and deserving.

With the abolishment of malpractices against women, pragmatic laws have been introduced for the betterment of our modern women including protection against harassment and abuse.

What makes modern Indian women truly modern is their right to freedom of choice. Even though their rights are being constantly defined and redefined, sometimes by the modern changes and sometimes by patriarchal values, they are sometimes considered a threat to our ancient traditions. As of course, a woman with a choice is a threat to our dear society.

Swinging between fear and societal restrictions, modern women of India are still having a hard time molding themselves into their true selves.

You can be easily divine but how easy is it to be human first?

Even though women have come a long way from being considered as the “child bearer” to proving themselves as superior and equal to men, a lot needs to be done. As much as socially, economically,and politically aware they are, women today are still becoming.

Despite the change in socio-economic women status from ancient to modern times, conscious efforts need to be injected by the people to make society a better and safer place for our women to stay in.

If you are a woman, hear us out. You don’t have to adjust yourself to the ways that our society with its patriarchal values expects of you. You just have to be mindful of what you want. You can be both a homemaker and a woman who is set out to conquer the world.