Sindoor And Sakha: The Identities Of A Bridal Trousseau 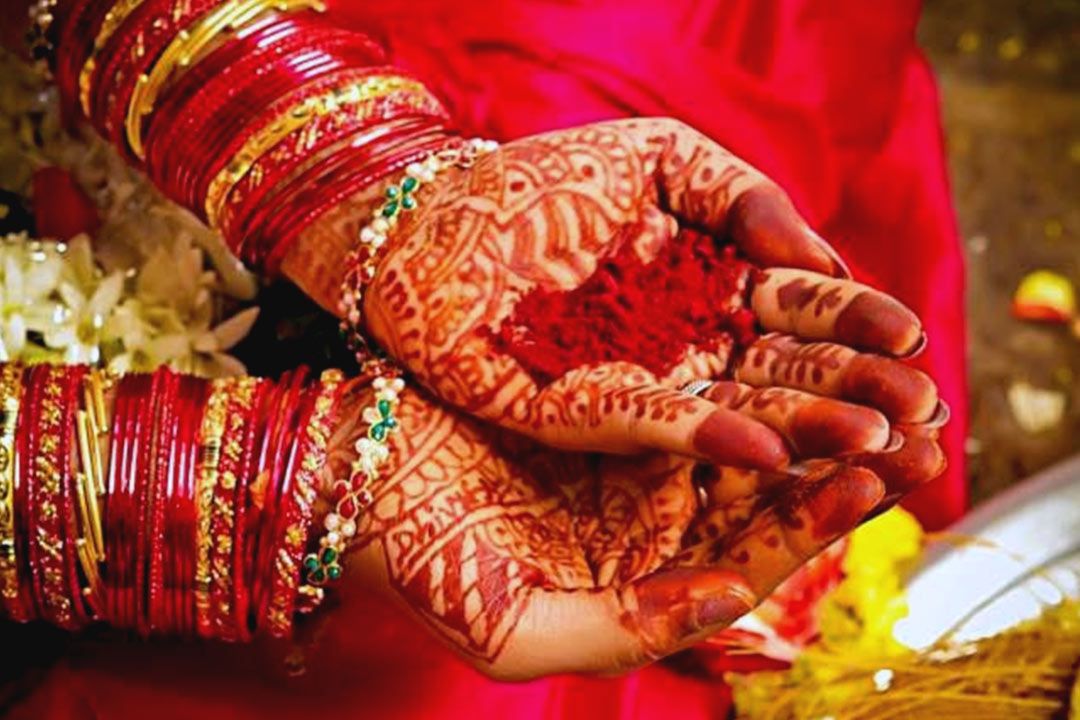 Recently, the Gauhati high court grants divorce on wife’s refusal to wear sindoor, upholding that a Hindu woman’s refusal to wear Sindoor or Sakha after her wedding reflects her unwillingness to accept the marriage.

This view was held by a bench consisting of Chief Justice Ajai Lamba and Justice Soumitra Saikia, who approved of the appeal by the man against a family court order, which earlier didn’t grant a divorce.

In his plea for separation, the man stated that he felt harassed as his wife refused to follow the customary rituals of a Hindu wedding of wearing Sindoor and Sakha and opted to project herself as an unmarried woman.

“Under Hindu Marriage customs, a lady who entered into marriage as per Hindu rituals and customs, and which has not been at all denied by the respondent in her evidence, her refusal to wear ‘Sakha and sindoor’ will project her to be an unmarried woman,” the bench held.

This portrayal signified her refusal to accept the marriage, and “the same may be construed as harassment inflicted by the wife upon the man and his family members,” the court held. “Such behavior of the wife points to the respondent’s intention that she is unwilling to continue her conjugal life with the appellant.’

Sindoor or Vermillion is a red-orange tinted powder that is adorned by married women. The traditional sindoor is prepared from a mix of cinnabar, turmeric, and lime. Nowadays, commercial cosmetic sindoor also contains synthetic ingredients.

Sindoor or vermillion is of crucial importance in Indian tradition and society. Hindu married women’s tradition of applying sindoor in the parting of hair has been carried on by centuries. In a customary Hindu society, applying sindoor is considered a must-do for married Hindu women.

It is regarded as a noticeable expression of the woman’s desire and prayer for their husbands’ longevity. In Northern India, it is customary for a husband to apply sindoor on the wife’s forehead during essential festivals like Navaratri and Sankranti.

According to Hindu mythology, the red color of the sindoor signifies the female energy of Parvati. Goddess Parvati, who used to wear sindoor, gives Akhand Soubhagya to the married women who apply sindoor on the forehead. Sindoor also is considered as an auspicious symbol for the long life of the husband.

Sindoor is also offered to Gods mostly in temples as a part of daily rituals and in festivals. Sindoor Khela is a Bengali tradition where women smear sindoor or vermillion on each other’s faces on Vijayadashami or the last day of Durga Puja. They also offer sindoor on the feet of Goddess Durga on that day.

Sindoor and its Astrological Importance

As per Hindu astrology, the Mesha Rashi or the ‘House of Aries’ is located on the forehead. The Lord of Mesha is called Mars, has the colour red, and is believed to be extremely auspicious. This is one of the reasons the Sindoor is applied on the forehead at the hair parting.

Though wearing sindoor is liable for a married Hindu woman in the present society, it is entirely upon the woman’s personal choice when it comes to applying that tradition. With society becoming a progressive state, the culture of using the sindoor on a day to day basis is not mandatory in several sections, and the decision to do so is left entirely to the woman.

In present times, one can see many married women who don’t apply sindoor on their foreheads. Many of these women are seen as too progressive or called out because of defying this tradition. But it is always not this scenario.

The majority of the womenfolk who choose not to apply sindoor do not do it to challenge the customs or to portray themselves as unmarried; it is entirely their personal choice!

Sakha is a white bangle that is made from conch shells. Sakha is worn with Pola, which is a red coral bangle. According to tradition, a bride must wear a pair of Sakha and Pola in both the hands. Shakha Pola is an essential part of the wedding trousseau of a Bengali marriage.

It is usually gifted to the bride by her mother and is worn in all traditions and regular life. The Sakha Pola should be handled carefully as the Sakha is brittle.

The Sakha signifies that the bride needs to take utmost care of the bangle just like she has to care for the new relationship to develop. In Bengali tradition, the bride should take care of these bangles so that they don’t break within the first year of marriage as it is considered as a bad omen for the marital life.

In recent times, many women do not adorn the Sakha Pola and traditional accessories as a part of their routine, mostly because they find it challenging to maintain at the work arena and space.

According to the ancient era, the Bengali farming community living near river banks used to collect conch shells regularly. They powdered the conch shells and created beautiful bangles from that powder and also made Pola bangles out of red corals. The Sakha and Pola bangles are elegant and beautiful gifts for the bride since then.

This practice gradually became famous, was accepted by other communities and also became an integral part of Bengali matrimonial. The Sakha-Pola bangle combination as a substitute for brides who couldn’t afford bangles made of ivory.

The ceremony of Sakha and Pola is an important and interesting one and takes place early in the morning. The Sakha Pala bangles are dipped in turmeric water then seven women who symbolize seven Goddess forms adorn the bangles on the bride’s hands. This tradition is also followed in other Hindu weddings, though with slight variations.

Traditional customs like applying Sindoor and Sakha can signify whether a woman is interested in the marriage or recognizes the marriage as valid. As such, the court is not entirely wrong in using the view to determine the woman’s perspective on the wedding. However, considering the progressive society we are in, it can also be seen as a patriarchal way of looking at a marriage in general and a woman’s view.