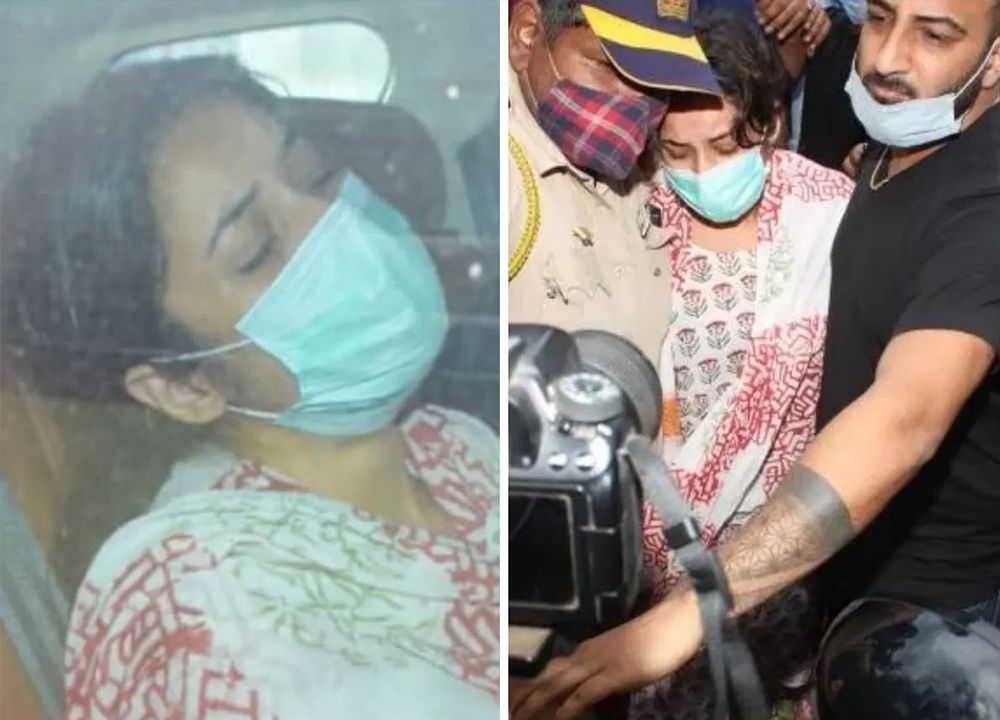 Sidharth Shukla’s involvement in the showbiz made him a household name. When the news of Sidharth Shuklas Death arrived on Thursday morning, celebrities and fans were astounded. Officials from Cooper Hospital, Mumbai confirmed that the 40-year-old actor died due to a heart attack.

The industry and Sidharth Shukla’s fans have paid their tributes taking to Instagram and Twitter. Akshay Kumar wrote on Twitter, “Really sad to know about the passing away of #SiddharthShukla. I didn’t know him personally but it’s heartbreaking to know of such a talented life gone so soon. Om Shanti”. Similar reactions have been followed by hundreds of others. But, what does actress Shehnaaz Gill have to say about this?

The rumored couple had also made several television appearances together on hit-running shows such as Bigg Boss OTT and Dance Deewane 3. The duo starred together in two Shehnaaz Gill songs and music videos “Bhula Dunga” and “Shona Shona”.

The couple was going strong and never shielded away from showing their love and concern towards each other, both in public and on social media. Even though Sidharth Shukla and Shehnaaz Gill were spotted together on many occasions, neither of them ever confirmed the state of their relationship.

Many rumors have been surfacing concerning Shehnaaz Gill and Sidharth Shukla Death. A couple of tabloids have reported that Shehnaaz was with Sidharth when he took his last breath and that Sidharth Shukla died in his girlfriends’ arms.

However, according to Santokh Singh Sukh, Shehnaaz Gill’s father has brought to light the facts about the incident. Shehnaaz was on set when the news of Sidharth Shukla’s death arrived. On hearing the tragic news, she quickly left the venue.

Santokh Singh Sukh gave an exclusive interview to SpotboyE. He said that he couldn’t yet believe what had happened and that he was shocked to hear the news. Santokh Sukh wasn’t in the condition to talk about what had happened. He had called his daughter, Shehnaaz on hearing the news, and reported that she didn’t seem fine. Santokh Singh Sukh’s son and Shehnaaz’s brother, Shehbaaz left for Mumbai immediately to be with her. Santosh Singh Sukh was going to join his children soon to be with them.

Rahul Mahajan, actor and Bigg Boss contestant opened up about his visit to the late actor’s house to give his condolences to his family. Rahul and Sidharth had been friends for years and maintained a close relationship.

In an exclusive interview with The Times of India, Rahul Mahajan said that he saw Shehnaaz Gill at the Shukla residence on 2nd September (Thursday). She was giving her statement to the police. Rahul Mahajan also said that Shehnaaz Gill looked as if a storm had gone by and washed away everything. She had gone completely pale.

Rahul also spoke about how losing such a close friend is going to be difficult for him, and a huge loss for the industry. Shehnaaz Gill is yet to make a public comment on the death of her rumored boyfriend. Close friends and family members are worried about Shehnaaz as she doesn’t seem fine, and hasn’t been able to accept the course of events.

An interesting revelation that has come to light is Sidharth Shukla’s old tweet from October 24, 2017. He wrote, “Death is not the greatest loss in life. The greatest loss is what dies inside us while we live…” Fans believe that this is the exact situation that Shehnaaz is going through currently.

Sidharth Shukla’s father too had died of a heart attack. Sidharth is survived by his mother and sister who have yet not spoken about the incident in public. A few reports have suggested that Sidharth Shukla’s heart attack was caused by overexerting his body by working out, but doctors haven’t commented on this.

Preparations for Sidharth Shukla’s funeral have begun since the autopsy and post-mortem report didn’t find anything unusual about the cause of the death. Shehnaaz will be most likely seen in public for the first time since Sidharth Shukla’s tragic demise.