Sexism Is The Predominant Flavor In Professional Kitchen: Female Chef 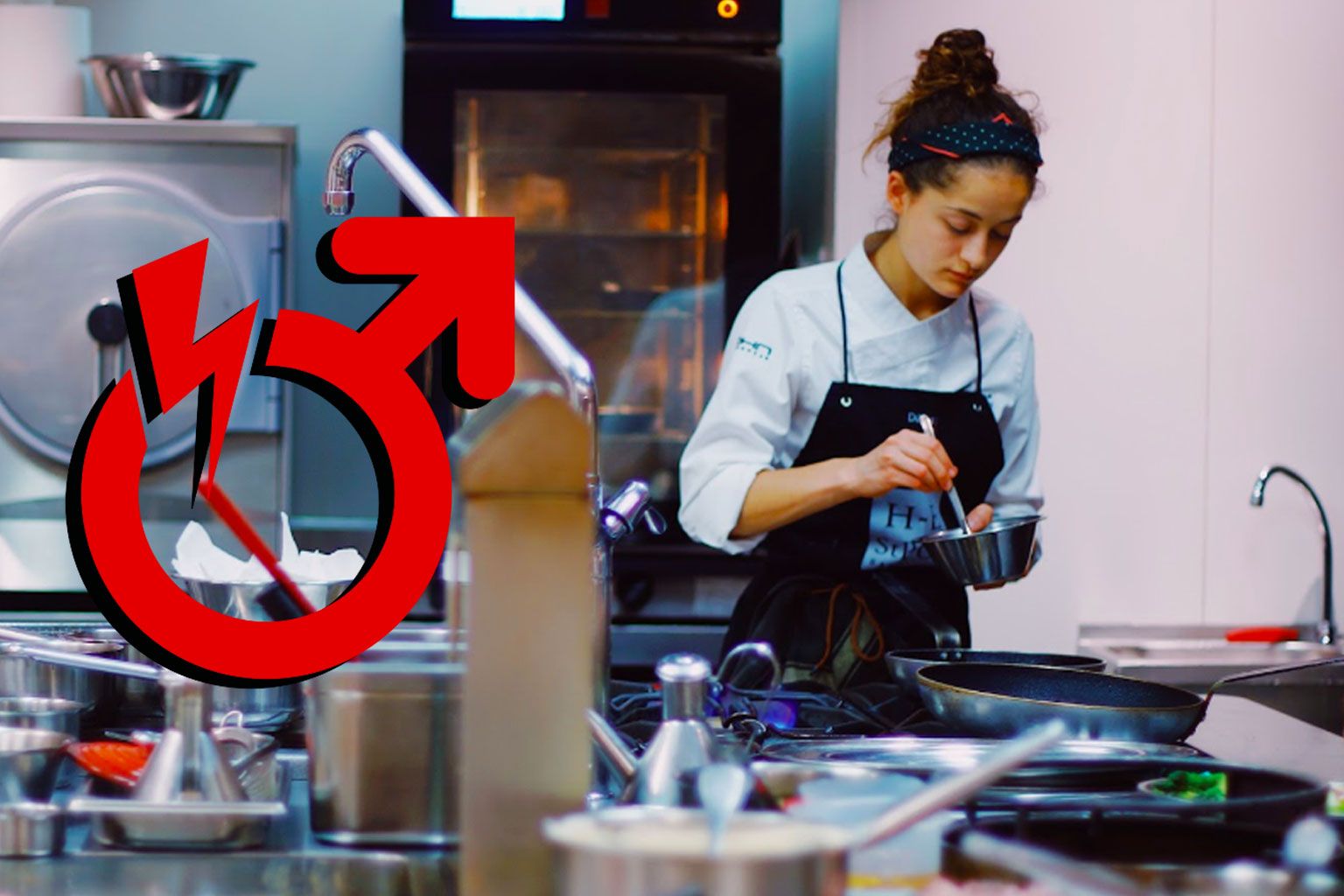 Since time immemorial, women have been relegated to a nurturing role, looking after the family, dishing out some finger-licking, healthy and wholesome meals for the family at dinner. We are all nostalgic about our mother’s or grandmother’s food. But when it comes to the professional kitchen, it becomes a man’s job -feeding thousands of people every year are chefs, who are predominantly male chef.

This is a modified sexism-a way to enforce patriarchy. Professional kitchens are highly testosterone-charged environment, where long hours and physical capabilities are some of the prerequisites. Kitchens are charged with aggressive masculinity and a highly sexual atmosphere. Female chefs are seen as weaker because of their ability to procreate. Work-life balance for a chef is extremely difficult to adjust, so mothers often end up choosing between their personal commitments over their professional ones. Men are seen as creative iconoclasts, cultural influencers whose cooking is more skilled than that of a woman. Pot banging-fire spewing chefs were able to garner more attention and hence a fatter wage.

Sexism exists in recognition of talent too, as there is a separate award for the best female chef, but the irony remains that the restaurants headed by these female winners, rarely make it in the list for the best restaurants. The very term “female chef” is extremely misogynistic. Late chef Anthony Bourdain criticized this anomaly too. Most women in the business feel that this title is a consolation and “more patronizing than positive”.

In the hotel management course, girls mostly opt for front office profiles, with only a few venturing into the kitchen. Even those who choose to be a chef leave after some time. The women, who do venture into cooking, are more or less relegated into the pastry department-which is colloquially referred to as a pink dungeon or in cold section or salad section. The butchering and hot sections are stereotypically associated as the male bastion. In Japan, women aren’t even allowed near the sushi section.

According to the professional opinion of chefs, women are often deterred by 14-18 long working hours every day, working during holidays and weekends, and the gruelling work where one needs to be on their feet 24/7. There is a huge pay disparity between the genders too and sexual remarks and innuendos are common vices.  Though, most chefs who spoke to VICE, look forward to having a female colleague and have the utmost respect for their diligence and craft. For female chefs to be taken seriously they have to “man up” or become like “the boys”. Any female problem or tears can take a back seat and join in the jock talk.

But for women who overcome the obstacles, it is the fascinating allure of being creative, which brings maximum satisfaction. For most chefs, they derive their inspiration from childhood memories associated with female relations. A mantra that most successful female chefs swear by: don’t get stereotyped, so challenge yourself and learn new skills, you should be considered as an executive chef and not just a line chef or someone in the dessert section. Trusting female intuition and being a role model for the newer female entrants in the kitchen can inspire many women to take the plunge and balance the gender disparity.

So, if you are looking to don the chef’s hat ladies and working in the swanky kitchens, then there are certain things that you should know for starters:

Advice for Women who run the Kitchen

So whatever be your gender orientation, to become successful, you should find your niche, and keep the thirst for gaining knowledge even after you make a name for yourself.

Also Read: Not All Mothers Are Good Cooks And That Is OK