Second Pregnancy Vs. First Pregnancy! What To Expect? 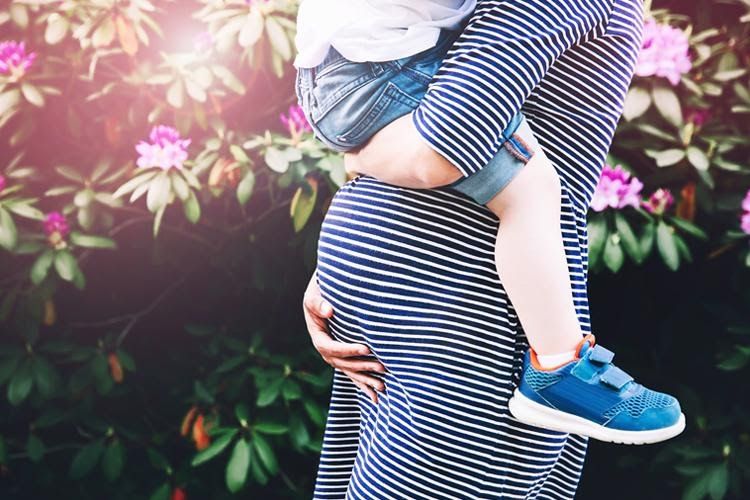 Being pregnant while having a child is a very big thing. You are happy and somewhat nervous too. Being pregnant for the second time is filled with excitement and a barrage of responsibilities coming towards you. Are you preparing for second pregnancy? Do you want to know the possible complications in second pregnancy? Is second pregnancy different from the first? These thoughts may be running through your mind.

Read on to find all the answers to your questions.

Your body changes a lot after you’ve had your first pregnancy. These changes can impact your second pregnancy. You have a completely busy routine after having a first child and expecting a second child, you might be concerned about how it may fit into your already busy schedule. The planning, being concerned about complications and your own mental wellbeing becomes very important.

What are the early Symptoms of A Second Pregnancy?

The common and most probable symptom of a second pregnancy is you get tired very frequently. Your body produces a lot of progesterone and this can cause you to feel fatigued and exhausted in the early weeks of pregnancy.

Your breasts change a lot after you get pregnant and breast changes are often considered as the earliest signs of pregnancy. The high level of hormones released after conception can cause the breasts to get tender, sore and full. The areola or the skin around the nipple can get darker as well.

Gaining weight a few weeks after the conception is not very unusual. Your midsection may get a little thicker and your clothes might not fit you. However, this symptom is experienced much earlier in the second pregnancy than the first pregnancy but it is much easier for the muscles to relax once the pregnancy begins.

You might have heard about implantation bleeding. It is light spotting just after the conception as your uterus is getting ready to nourish your fetus. You may consider it as a period. So it is important that you carefully analyse your symptoms. This spotting may not last for too long. It is common and normal in early pregnancy.

Nausea and vomiting in pregnancy are very common. It can show as early as two weeks after the conception. As the hormones change, women can experience abrupt headaches. Headaches and vomiting are one of the common and usual signs that you are pregnant in both first and second pregnancy.

What Makes Second Pregnancy different from the First?

You might or might not feel the same when you are pregnant with your second baby. There are several differences a second pregnancy might differ from the first one.

Ouch! This one is gonna hurt but your aches and pains are going to be severe in your second pregnancy. Back pain and pain in the pelvic joints are common in pregnancy. If you have weak abdominal muscles, then in the second pregnancy you’re going to endure some severe back pains which means more tiredness and fatigue.

You heard it right! The second pregnancy has a good advantage of faster delivery and labor. Although, it may differ for some women. Your body knows how to hold a baby in it and your cervix is going to open easily this time which makes the baby pop out of it easily. Many doctors believe that delivery is much easier in second pregnancies.

You may feel the baby kicks and movements earlier

Are there any complications in the second pregnancy?

Postpartum haemorrhage is a life-threatening condition if you are not careful enough. You must always check for unusual bleeding and immediately contact your doctor if you feel something is wrong. Proper care and nutrition may prevent these complications.

How to prepare yourself for the second pregnancy?

As you might have an older child with you, you need to teach them that their sibling is growing inside you so that they are also ready for a new member to be added into the family. You need to take care of two little loved ones, so might as well take care of yourself for their better nurturing.

Take a balanced diet, sleep properly and timely, perform favorable exercises and most importantly take care of yourself. Call the doctor immediately if you feel anything is wrong. Have a happy pregnancy and lovely motherhood.

Also Read; How Convenient Second Pregnancy Can Be For A Mother