Marriage Between Same Sex- A Take On The Pride Month 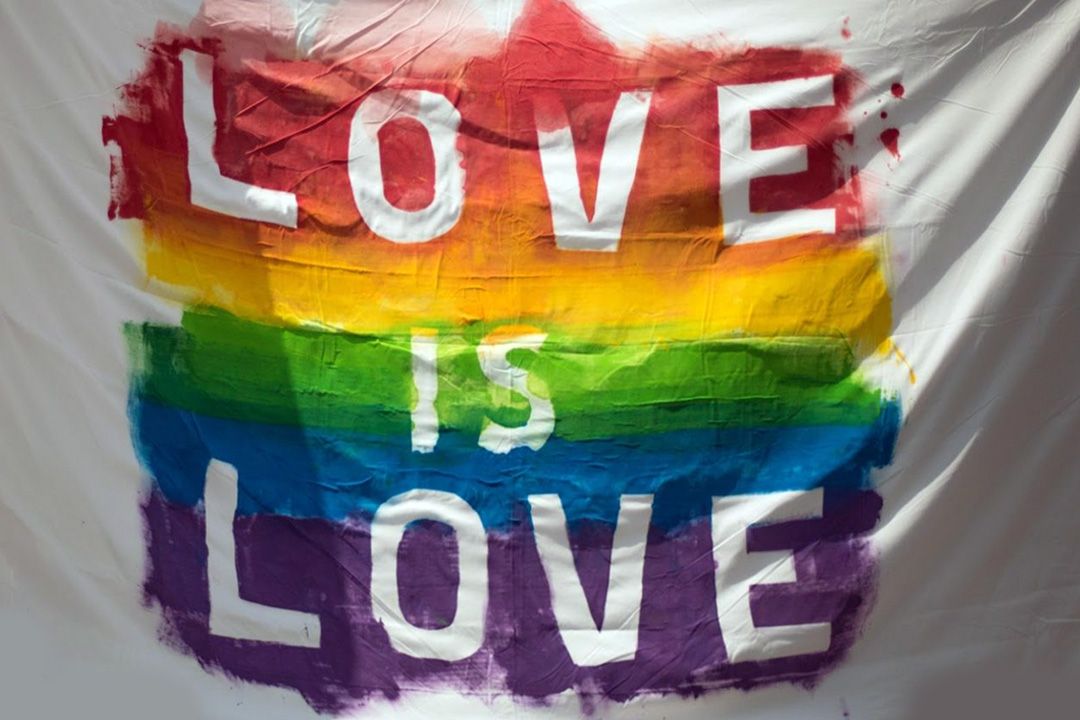 Do you remember how estranged it sounded, the first time we heard about a man loving a man or a woman loving a woman. We were baffled and doubted its existence. Of course, we were young and naïve and things have changed for good today, but this is a living proof of how deeply the seeds of stereotype and social norms are embedded in our souls that we cannot picture a man with a man or a woman with a woman.

Even today this picture is not considered romantic or passionate rather gross and unnatural. It is tantamount to atonement and not supported in many cultures. But a simple idea that Love is Love; no matter the gender or skin color or profession or religion you follow; love is enough, after all, Love is all about respect and acceptance and love.

For years, our LGBTQ community has suffered, mortified by their choice of existence, their very body, and skin, their distinct anatomy, but we fail to recognize the human that lies under that skin. We keep asking them questions about their private parts, about their sexual preference; and you call ‘them’ abnormal or inhuman?

LGBTQ community keep hiding in their flesh because they are too scared to reveal. And they are considered a liability, some kind of morbid aberration, an embarrassment to the society. They are secretly taken to a Psychiatrist, Gynecologist, a Sex doctor.

Let’s understand they are not abnormal, they are totally fine. Our history is evident that people have fallen in love with People of the same gender; even God and Goddesses practiced same-sex relationships. No matter how much you despise same-sex couple or mock them when they hold hands or appear in public, it is our mindset that is rotten and it needs a renovation. Love is attraction and admiration, it doesn’t differentiate between genders, it is simply a proclamation, a preference to a person that we are more comfortable with.

The Plight Of Falling In Love With The Same-Sex

Imagine hiding your feelings, your beliefs, the identity of the person you love, your own personality from this cruel world. Yes, she loves ‘Her’ and ‘Her’ is not a ‘He’. Don’t make her uncomfortable, don’t make her question the decisions that have taken years to show up. Finally, she is out and loud about the person she is and the woman she loves. We should admire her courage for it must have taken every single second of her life to collect the courage she displays, the emotional turmoil she must have harbored in her soul, a constant quarrel with her own self;

Every breath out of her body must have persuaded her to reveal her secret, her darkest concealment, her nature, her fantasies, but bounded by the tradition she was raised in, the judgmental comments or tantrums; she choked her own breath and killed her desires. But her stubborn mind had more to offer; her freedom and revelation. She must have thought it was a sick notion, the first time she had been attracted to another woman. She was brought up in a society that celebrates the unison of opposite gender, no matter if they have no compatibility or a huge age gap in this so called amalgamation but loving a person of the same sex is irrational and inexplicable.

All her dreams caged in a hidden box had to be released and for the pain to sublime and the fear to cease, the guilt had to disappear and soul had to be set free. She was scared to love, to speak about her conscience. Can you imagine the perplexity or confusion she must have webbed within herself, a lifelong debate, killing her slowly every day, a persistent conflict to follow a life of her choice or to be quiet and accept her fate and blame the Heaven for this flaw, this barbaric game? Her whole life was a lie; she has always been dishonest. Oh, the poor soul!

Intolerance in Society Towards LGBTQ Community

The heights of hypocrisy are noticeable, communities and creeds are fine with incestuous relationships, a world where a girl is blamed if she is molested or raped, but a simple act of love, a gesture of compassion and admiration is considered a sin, a shameful facade, a construct of evil, a disease.

And the person is a menace or dangerously unusual. Such is our history; our morals, such is our ego; our typecast, such is our mindset, a disgrace and we call ourselves accepting and welcoming; this is our acceptance and perseverance where we forbid two souls in love to hold hands or get united in the consecrated bond of marriage. These are our values, the roots of the standard norms, running deep in the grounds from where we rise, where we are left to decay after we die.

It was extraordinary when the Indian Government legalized Gay marriage and decriminalized Section 377. The union of LGBTQ is accepted worldwide, maybe not in everyone’s heart, but at least within the legal terms and law. Let’s support LGBTQ community and same-sex marriage, let me correct that,

Let’s support people in love and their matches made by God. After years of ill-treatment, abuse and downfall, Let’s put efforts to make this community a part of us, our world. Let them breathe the air that is free and to love unconditionally.

Can you imagine the scar left on their minds, the only thing that can be done now is to acknowledge them as humans, as people and not to distinguish them because of their uniqueness.

Let them love whoever they love, let’s be okay with Mrs. and Mrs. or Mr. and Mr., we are no one to judge. Love is Love. Be proud of your friends or relatives, help them to break free from the unresolved prison. Stop being offensive.

Don’t ask them questions about sex, about carnal recreation, about the future of their bloodline, stop being critical. Celebrate love which is above us, above this gender identification.

Also Read; Expressing Self & Coming To Terms With Sexual Orientation