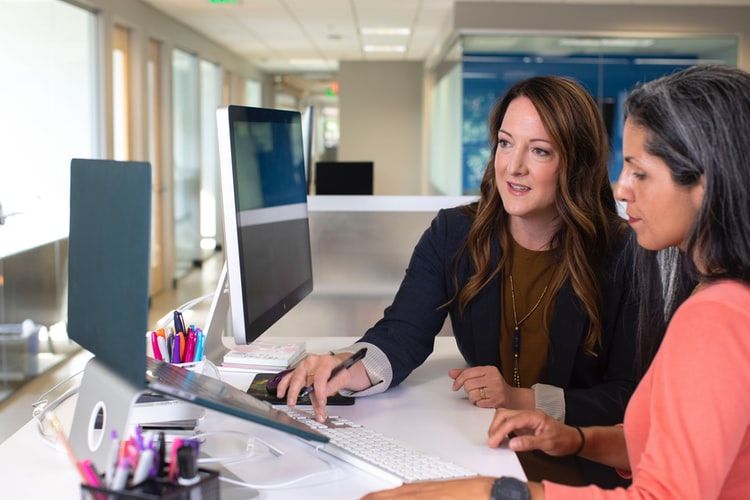 There are a lot of myths about women that surround their life in the workplace. Ideas like women lack confidence or cannot maintain a proper balance between their personal life and work life, often exist. Patriarchy often tries to slam women in day to day lives, but after years of experience, we have finally learned how to punch back at patriarchy as well.

Even after millions of people, working, researching, and contributing towards women empowerment and women equality, it is saddening how misogyny still exists among society as a stigma. Honestly, we have probably questioned ourselves hundreds of times, when will this stigma end and women will be respected for their choice?

Luckily, we can agree that at least people these days acknowledge the term “women empowerment” unlike some generations back.

These deep-seated myths regarding the work-life of a woman are nothing but a result of deep-seated patriarchy. Honestly, we women are already so done with these shallow myths, it is high time that we address them.

Myths about the working life of women often exist like women are extremely lucky to earn and get the attention of males at the same time. I have often heard people saying that women do not seek promotion, because they already have a lot of pressure of running a household on them.

Well, firstly, women do not work for some shallow male attention. They work because they want to, it’s her career after all. And secondly, running a household properly is not just the responsibility of a single working woman but instead, all the members of the family.

So, We Are Here To Bust The Common Myths That Society Holds Regarding Women’s Work Lives.

How often did we hear that being a woman, one should not even consider herself for a leadership position in the firm, because she has a child to take care of, and a household to look after?

Society fails to understand that her work life is her career choice. Like every other working man, women are ambitious as well. After all those hours of studies and practical experience, it is obvious for her to choose what she wants from her career. And wanting to be a boss to fuel her career is perfectly okay.

Just because she is a woman does not mean that she has to hear mean comments and be a victim of politics, because her colleagues think that she cannot balance her life. Well, for once, let her decide and pursue what she wants. Also if having a family means she cannot be ambitious, why does not society ask the same question to the male employees? If your answer is, “because he is a man”, let us tell you, this was the deep-seated inner misogyny that we were talking about.

Let us clear it, once and for all, that a woman can be ambitious and it is nothing weird in that. Let us, together slam these gender role myths.

2. After a woman becomes pregnant, she is not as efficient as before

There have been many myths regarding a women’s career after she becomes pregnant. According to society’s stigmas, a woman cannot manage her responsibility at work, thus leading to low productivity, after she becomes a mother. Whereas a man is considered to be more focused on his job because he needs a promotion to meet the new financial needs of the family. Too much hypocrisy, isn’t it?

Research shows that there is a low rate of promotion for women with children than men with children, even if they had worked with the same efficiency. Society needs to stop practising these myths about women already.

Research shows that people often have an opinion that the more successful a man-the better spouse he can be. While for women, it holds quite the opposite. The more independent and successful the women, the lesser they consider her to settle down.

Often, after working for the same number of hours, with the same efficiency and of course at the same post in the company, women fail to earn the same salary as her male colleague does. The huge difference in pay scale is a major issue that women need to face. Women and their work are equally as important as a man’s work is.

The answer to this is a most definite NO. People need to understand the entire concept of women supporting other women because they know the real struggles.

A working mum never looks down upon homemaker moms, and neither does the visa versa take place. Whatever they choose to do is their own choice or often because circumstances bind them to a specific framework. They support each other’s choices because they know that her respect does not depend on what type of job she chooses to do.

5. Working women are often depressed because they cannot give 100% to either role

Firstly, no, working women are proud of the way they balance their personal life and work-life so perfectly. Balancing two roles is a real struggle but that does not mean that they are depressed regarding the same. Instead, studies show that they are more contented with their life. It is high time to bust these workplace myths already.

6. Women do not support other female colleagues

There are certain myths about women that they love being the queen bee at her workplace and hate to have women competitors. Well, what can be a bigger myth than this? Women stand with each other and support each other. They have no feelings of hate towards their female colleagues.

Stop these gender-biased myths already. If a woman is competitive, she may hate all other competitors and not just the ones who are female.