Mumbai Diaries 26/11: The Unknown Facet Of This Horrifying Day 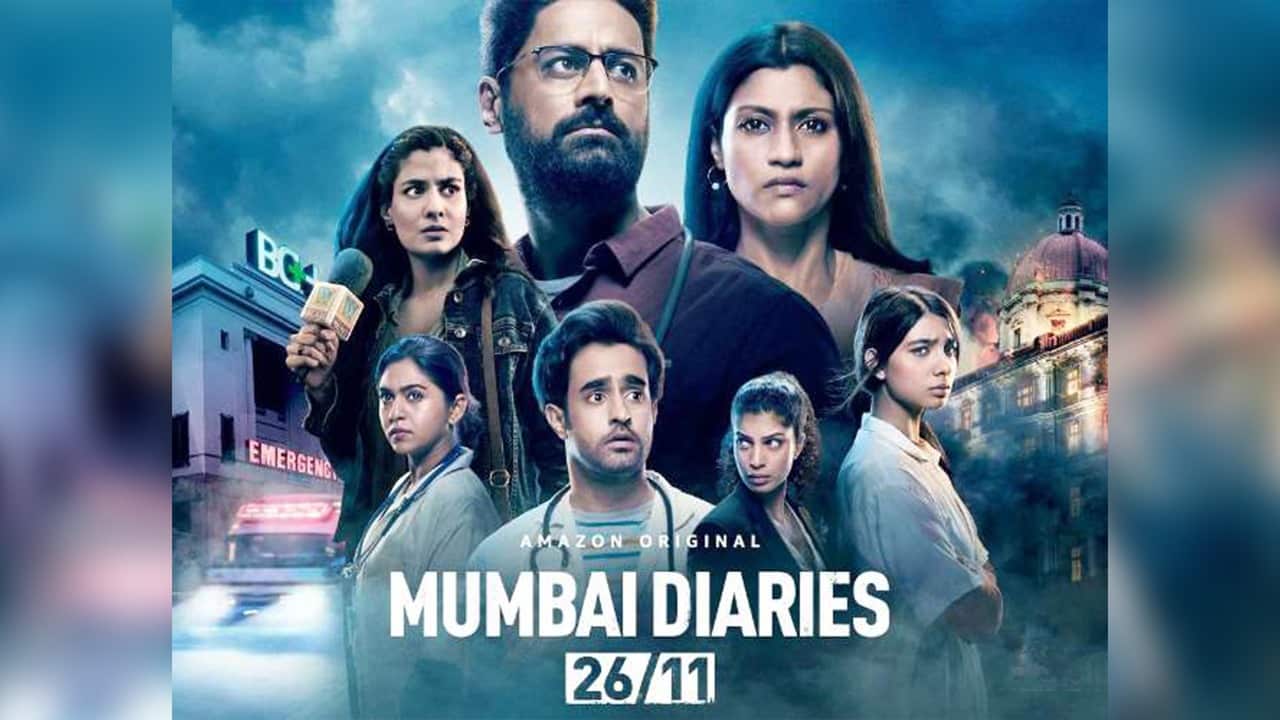 If there is one good thing that came out of the COVID-19 pandemic, it was the appreciation of the efforts of frontline workers. Renewed seasons of shows like The Good Doctor and Grey’s Anatomy, the plight of the hospital staff during trauma-inducing events was brought to life.

Hopping on the bandwagon, here is another Prime Video Original: Mumbai Diaries 26/11, starring Konkona Sen Sarma, Mohit Raina, and Tina Desai, among many others. When the show was released on 9th September, it caused quite a stir among viewers.

Set against the most petrifying Mumbai terror attack of 26/11, the series, at first glance, seems hard-hitting and honest. Contributing a fresh perspective to the Mumbai terror threats is shown from the vantage point of a government hospital that soon becomes a battleground between doctors, corpses, terrorists, and the cops.

26/11 is a devastating date that is etched in the memory of every Mumbaikar and Indian citizen. It was the day when Aamchi Mumbai’s intoxicating spirit was cast under the spell of ghastly terror attacks from across the border.

Spread across three days, the Mumbai terror attacks were chilling, bloodcurdling, and far more dramatic than any possible film portrayal. Unfortunately, Mumbai Diaries 26/11 is no exception. Creators Nikhil Gonsalves and Nikhil Advani have tried their best to offer a new spin to the frightful terror attacks, but have they been successful? Continue reading and find out!

If you have lived in Mumbai for quite some time or have heard first-hand accounts of the incidents, it is enough to give you chills.

The eight-episode series starts as a medical thriller center but scales to different locations that the terrorists hit. It is a fictional story but with a perspective. Mumbai Diaries 26/11 not only comments on the terror attacks but is also a vivid commentary on the country’s declining health infrastructure.

The series loudly raises medical ethics issues and shows how government hospitals with poor services and infrastructure will always remain the last hope of the poor and abandoned. Gonsalves and Advani, the director duo, have presented an outlook that no one was interested in before. Everyone knows what went down on 26/11, but no one pointed out the peril of the healthcare workers.

With casualties in hundreds, the hospitals were flooded with patients with different degrees of severity. From common people to policemen, these hospitals saw more blood and gore, than any normal day. It was a normal day which within minutes turned into one of the most dramatic and unforgettable days in the life of these doctors, nurses, and other hospital staff.

In the first episode, we are introduced to the main character of the medical drama, the Bombay General Hospital. Almost ancient and dilapidated, the hospital is somehow surviving storms. Hours before doom descends, we get to know the doctors and the trainees who have no clue about what they are getting into. A quick backstory establishes the plot as the game to save lives begins. There is hardship, trying to cater to every dying patient, and making every breath count.

This eight-episode series is so compelling because it shows several subplots, including social discrimination of a Muslim doctor, class divide, systemic oppression, nepotism, and a female doctor not being considered equal to her male counterpart, pharmacy politics, gender gap, strained relationships, and so on.

Perhaps, this is the beauty of fictionalizing stories. The direction given by Nikhil Gonsalves and Nikhil Advani is enough to stir the viewers’ emotions. The creators don’t let their viewers disguise the drama as a documentary. Instead, open, emotional bullet points are fired, and they hit you right on time.

The action sequences are raw, gritty, and totally believable. The setting of the run-down government hospital doesn’t look plastic either. The stress has been captured magnificently in every shot, and the dialogues make everything come alive. Although an insufficiently exaggerated tale of events, the story is believable and good enough for a rewatch.

One of the most interesting aspects of this series is the character arcs and how the writers have carefully imbued the backstories into the mainstream narrative. There is a raw insight into each character’s inner demons as they continue to save lives diligently.

The casting couldn’t have been better for this series. Mohit Raina plays the utterly persuasive, titular male head, Dr. Oberoi who believes that saving human lives is a priority over judging their characters. Dr. Oberoi may be extremely professional and skilful, but his emotions and his heart still drive him.

Opposite to him is Konkona Sen Sarma as Dr. Chitra Das, the empathetic social services director whose troubled past and trauma makes her more compassionate towards the disadvantaged. Throughout the eight episodes, she works tirelessly along with the hospital staff.

Tina Desai plays Ananya Ghosh, the fearless F&B manager of the Palace Hotel. The struggling young trainee residents are played by Natasha Bharadwaj, Satyajeet Dubey, and Mrunmayee Deshpande. Last but not least, Shreya Dhanwantry joins the cast in the role of a TRP-chasing journalist.

The cast is an ensemble. Each character complements the other to make sure that there is no gap in the performance.

Overall, Mumbai Diaries 26/11 is a saga with the right amount of fiction, drama, and performance of the noteworthy actors. The only place where it seems to fall short is the depiction of what went behind the Mumbai terror threats. Nonetheless, it makes for a good enough weekend watch. Binge-watch the series with the term ‘fiction’ in your mind to have realistic expectations about it.