Everything You Need TO Know About LED Light Therapy 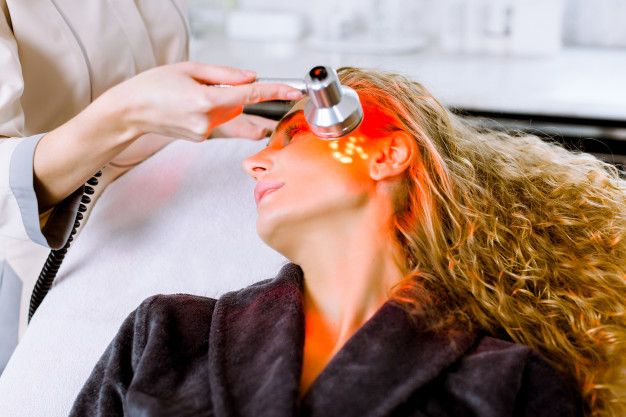 What Is LED Light Therapy?

The light-emitting diode or LED light therapy is a beauty therapy that is popular equally in aesthetician offices and at home. It uses varying LED wavelengths that purportedly help in treating acne, reduce inflammation, promote anti-aging effects. If you are someone who suffers from related skin conditions, then you should opt for LED light therapy.  LED light therapy is also known for being safe for all skin types and colors and does not burn or cause any damage to the skin. Despite having many pros to its credit, LED light therapy has certain drawbacks. For example,

Therefore, you must consult your dermatologist without fail and discuss your skincare concerns before you consider going for LED light therapy.

What Are The Benefits Of LED Light Therapy?

There are several benefits of LED light therapy for skin, for example:

Light Emitting Diode or LED masks emit varying wavelengths of light on the facial skin. This light, in turn, helps in treating different skin concerns and recovers the skin with a healthier and younger glow.

For example, the amber light helps in stimulating collagen and firms the elasticity of the skin. The red light, on the other hand, reduces inflammation and promotes blood circulation. LED light-emitting therapy masks are one of the many home devices that are used by Gen Z to promote skincare. Unlike a session with the aesthetician, these masks are cheap and easily affordable and can be used without any proper guidance from a professional.

Health insurances do not cover LED light therapy. So, you will be required to enquire about the full cost of the treatment upfront so that you can make a wise decision and budget wisely. The cost of LED light therapy is generally different at different aesthetic clinics. However, according to an article at RealSelf.com, the cost of a single session can vary between $25 to $85, depending on your geographical location and whether you are combining it with other treatments.

LED light therapy is not a one-session procedure and for most cases, aestheticians recommend up to 10 sessions. Therefore, you must factor the total cost into your budget as you consider different practitioners and their prices per visit. LED light therapy can also be done with the help of home devices that cost anywhere from $25 to $250 or even more. Home devices are slightly more economical alternatives to the clinic ones that are done by trained aestheticians. However, even though LED devices are cheaper, the final results are as dramatic as you expect from proper LED light therapy.  Thankfully, LED light therapy is non-invasive and you won’t have to lose your hard-earned bucks by taking time off work.

How Does LED Light Therapy Work?

LED light therapy and skin concerns date years back. It is believed that the U.S. Navy SEALs began using it in the 1990s to heal wounds quickly and to help regenerate damaged muscle tissues faster. Since then, LED light therapy has been researched and experimented with in different situations in aesthetics. It is primarily noted for increasing collagen and tissues which can smooth out the skin and reduce the appearance of damage from age spots, acne, and wrinkles.

LED light therapy treatment, as stated earlier, involves the passage of different frequencies or wavelengths of light. This treatment includes the passage of red and blue light frequencies, which do not contain UV rays and are readily absorbed into the skin. Red or infrared light is used for treating the epidermis, the outer layer of the skin. The light, when emitted on the skin, is absorbed by the epidermis which then stimulates collagen proteins.

Theoretically, the more collagen present in your skin, the smoother and fuller should your skin look. Collagen is the skin also reduces the appearance of fine lines and wrinkles significantly. Red LED light is also believed to reduce inflammation while improving blood circulation, which can render a healthy glow. Blue LED light therapy, on the other hand, is known to target the sebaceous glands. The sebaceous glands are the oil glands that are located beneath the hair follicles. These oil glands are necessary for lubricating the skin and hair so that it remains hydrated. However, when the sebaceous glands become overactive, it leads to the overproduction of oil resulting in acne.

What Are The Risks And Side Effects Of LED Light Therapy?

According to the American Academy of Dermatology, LED light therapy is deemed to be a safe procedure. As it does not contain harmful UV rays, it is considered a safer form of light therapy since the side effects don’t cause long-term damage to the skin.

However, some of the home devices, like the LED light masks are often considered unsafe as they might cause long-term damage to the eyes. While LED light therapy is supposed to enhance the quality of your skin, if it does not suit yours, it can also lead to skin damage like increased inflammation, hives, redness, tenderness, rash, pain, etc.