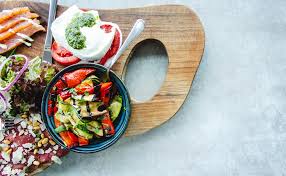 In 2017, the French began to enforce a law that bans unhealthily thin models, which said models needed a doctor’s certificate to be hired for work. In addition, the law stipulates that digitally altered images, that make models appear even skinner than they are, will need to be labeled as such. It is a dramatic step to tackle the growing epidemic of eating disorders that continues to perpetuate in the Western World.

With an increasing number of individuals attempting to reach unattainable beauty standards, it is no surprise that weight loss gimmicks and scams have reached epic proportions. However, to our surprise, reformist and unfounded attempts at weight loss have been prevalent throughout history. Out of the list of these scams, the most horrifying one has to be the Last Chance Diet.

Keep reading if you want to know about the diet and more.

What is the Last Chance Diet?

The Prolinn Diet bears the name of its creator: Robert Linn. The Prolinn Diet or the Last Chance Diet was a 1970s creation and acted as a precursor to the wonderful drinks of the 1990s. Linn is a special drink that was said to contain 400 calories of liquid protein. However, after people started looking into the drink, questions began to be raised. Soon after, it was revealed that the protein was nothing more than the leftovers of the slaughterhouse by-products like crushed animal horns, hooves, hides, tendons, and bones.

Linn then used artificial flavors, enzymes, and colors to make the drink more appealing to consumers. It did become pretty appealing to consumers because they bought it. Millions did. In total, two to four million people used the Prolinn Diet to lose weight. Sadly enough, 58 people died from heart attacks while on the diet.

It is called the last chance diet because it is the diet you go on when all the others have failed you. Simply put, it consists primarily of starvation. The only thing you can consume in this diet is the specialty liquid, i.e., the Prolinn. The drink is just under four hundred calories. There are no positive or redeeming benefits of this diet.

The only person that has something good to say about this diet is Dr. Linn himself. We can safely conclude that there are no positive attributes to this diet. The list of cons, however, might just be endless.

We are all part of the problem – whenever we see someone on Instagram or other social media platforms with that perfect body, we instantly feel bad for ourselves. Then we promise to stop eating unhealthily, cut down on all kinds of sugars, and exercise till our body gives up.

The toxicity in advertising and selling health, nutrition, and exercise only to those who are required to lose weight is another topic altogether. Does this mean that people who do not need to lose weight can be unhealthy and get away with it? But why? Where did we go so wrong that we forgot to celebrate our bodies for just being and functioning? The human body in itself is a miracle. And we want to ruin it with these fad diets like the Last Chance Diet? Please think again.

Don’t fall into the trap of quickest ways to lose belly fat. Don’t chase thinness, chase fitness. Accept your body for what it is and treat it right. The diet culture present in the world today is heavily promoting eating disorders and that is not a territory anyone should want to enter. It is dangerous for your body and mind. Escape diet culture, stay informed, and spread awareness. Understand that being skinny does not always equal being healthy.