Kangana Ranaut Is The Rebel That Can't Be Tamed 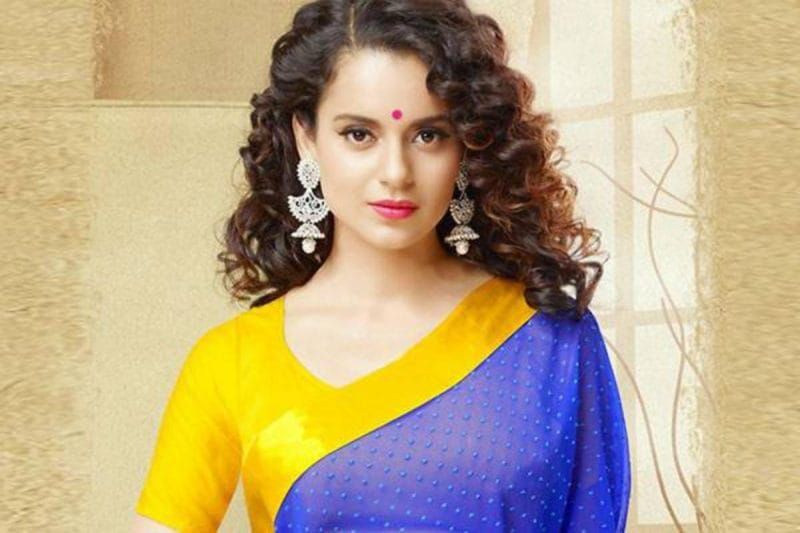 This famous Hindi poem by Subhadra Kumari Chauhan( a Satyagrahi herself), which is written as an ode the Rani Lakshmibai or Manikarnika- the brave queen of Jhansi, who took on the British forces singlehandedly during the 1857 revolution.

Life is extremely ironic, and Kangana Ranaut who co-directed and essayed the role of the brave queen in the 2019 movie Manikarnika: The Queen of Jhansi, finds herself in a similar conundrum. The modern-day Queen is embroiled in the middle of a battle with political bigwigs and Bollywood movers and shakers.

The outsider taking on the insiders of Bollywood

Kangana Ranaut is the Bollywood outsider without a famous last name and lacking the patronage of a “mentor”. She came, she survived, and she conquered! Kangana has always been an indomitable spirit, filled with fiery angst, and infinite talent.

Kangana Ranaut has never shied away from speaking her mind and that has always made her controversies’ favourite child. Her acting prowess has often been overshadowed by her personal issues which have always been much publicized.

Her tryst with people in power has often led to mass vendetta from the various Bollywood influencers and led to much ridicule and untoward gossip.

Our patriarchal and misogynistic society may have more or less made peace with the concept of a successful woman but is finding it difficult to accept a brave woman. Always going against the popular opinions Kangana Raunat never fears to speak her mind, and doesn’t toe the line of conformity, she refuses to kiss-ass, and people please her way to work and success.

Always a victor, never a victim

She is one of the very few leading ladies who has been immensely successful as a woman-lead, whether it’s in Queen, Tanu Weds Manu, or the latest release  Panga. This beauty has always been headstrong and independent, refusing to be caged by societal protocols, just like her characters on the silver screen.

The National award-winning actress doesn’t fear the rumour mills and the malicious gossip, and being outcast by her peers- and that’s the way of going forward for any woman who says it as she sees it. As an emancipated feminist, Kangana Ranaut never plays the victim card. She is always fighting to unearth the truth and to stay true to herself.

When she was mocked for her English speaking skills, instead of sulking, she mastered it and how!

In an industry that is always on the edge of insecurity, Kangana refuses to be just another pretty face, and that’s what has brought on the truckloads of problems for her. Kangana Ranaut, with her trademark unapologetic candour, should be the inspiration for women not only in the entertainment industry but across all walks of life. if there were a few more Kangana’s around, then probably she wouldn’t always be vilified and ostracized.

So, if you think that one person alone cannot bring about change, then take inspiration from a page out of this Padmashree’s diary. She is relentless in her pursuit to make the Hindi film industry a better place where talent and not a privileged last name is deemed fit for a role.

But is Kangana to be limited to the world of glamour or is she meant for something greater. She has always been a vociferous advocate against societal injustice and especially proficient for women’s rights, Kangan Raunat has the latent talent of becoming a public figure– politically and not merely as an entertainer.

Just like the erstwhile Chief Minister Jayalalithaa whose life she is set to essay in her upcoming film Thallaiva.

Kangana Ranaut always makes the headlines whether it is for some stance against the film fraternity or recently against the Maharashtra government. The actress expressed fear for her life, after a recent run-in with one of the leaders of the ruling political party.

The central leadership with whom Kangana has often shown her solidarity has sanctioned Y+ category security cover- wherein she is protected by about 11 CRPF commandos. The Ministry of Home Affairs sanctions this “VIP security” detail to those they think hold a “position of consequence whether in government or society”.

So, is Kangana the right choice for this elite protection- is she receiving it because of her recent turn as the social vigilante?

Well, like the diverse population of this vast country, opinions vary too, and we will leave the political debate for the news channels. But for now, you can see the lady in a security circle- a showcasing of her power and might to her enemies and the Naysayers.

The Emperor has no clothes

Don’t we recall that story from our childhood, wherein only the little child had the honesty and courage to point that the Emperor isn’t wearing clothes- so is this ballsy actress from the picturesque Himachal Pradesh the one who points out the glaring problems in the country?

Kangana has unequivocally supported when a “fellow outsider” Sushant Singh Rajput committed alleged suicide. That was the catalyst that has lead to the recent turn of events. But one wonders, where was this lady when a certain Jiah Khan or Pratyusha Banerjee hanged themselves?

Is getting justice for SSR’s “murder” her primary motive or does something else lies veiled under the cry for justice? Her critics have called her “attention seeker” and someone who is “trying to further her cause”.

But whatever be the reason, the Queen actress has kept at it for months now and has stirred the hornet’s nest this time. She has “exposed” the favouritism and bullying of Bollywood, the drug cartel, and even taken on the political powerhouses.

Is there more in her designer kitty? Well, only time will tell!

Kangana Ranaut is a femme fatal, the spunky woman in whom, the established patriarchy has finally found its match. Like any woman of mettle, she has been slut-shamed and called “crazy”, but like a boss lady she shuns such derogatory views and amps up her fight. She isn’t a woman who lowers her voice but shouts from the top of the mountains.

Her stand especially against stereotyping women or endorsing fairness creams has always been an attempt to empower women. Both Rangoli Chandel- an Acid attack victim herself and Kangana, have had their share of struggles and failures, so they don’t fear either and that’s what makes them invincible.

Fancy feminists, Bullywood activists, candle march groups and award vapsi gang has no comments on what High Court said about open murder of law and order in Maharashtra. Well done, thank you for proving me right always , you all deserve the treatment you get from me 🙂👌

While the Tinsel town fraternity has chosen to maintain their distance from her, some like Simi Garewal has lauded her valour.

The modern-day personification of Shakti- Kangana doesn’t have her fight cut-out easy. The BMC threatened to demolish her office and her palatial bungalow on the pretext of illegal construction. But for now, the Bombay High Court has stayed this order saying, “prima facie doesn’t appear to be bona fide and smacks of mala fide”.

The Judgemental Hai Kya actress, Kangana Ranaut, has now openly challenged the CM Uddhav Thackrey and Bollywood producer Karan Johar to expose them “whether I live or die”.

“Her essence is the gift to the world”

So, if as a woman you are looking for inspiration then look no further, our very own Shero, who slays it like she says it, believes: “ As a woman, we don’t have to hope to get our dues. We need to get up and get it ourselves.”

As a game-changer, Kangana balances herself like a professional ballet on her toes and keeping those around her on theirs too. She is a modern woman who doesn’t seek acceptance and lives life on her terms. She is a self-made and successful actress. Kangana Ranaut like any strong woman intimidates the men and isn’t an object of their fantasy!

She is a rebel who can’t be restrained.

Kangana Ranaut with her sartorial choice and porcelain skin and head of curls is a damsel in the true sense, but one who is most certainly not in distress but certainly the cause of discomfiture for those around her!

Also read: Why Do Women Indulge In Gossip?