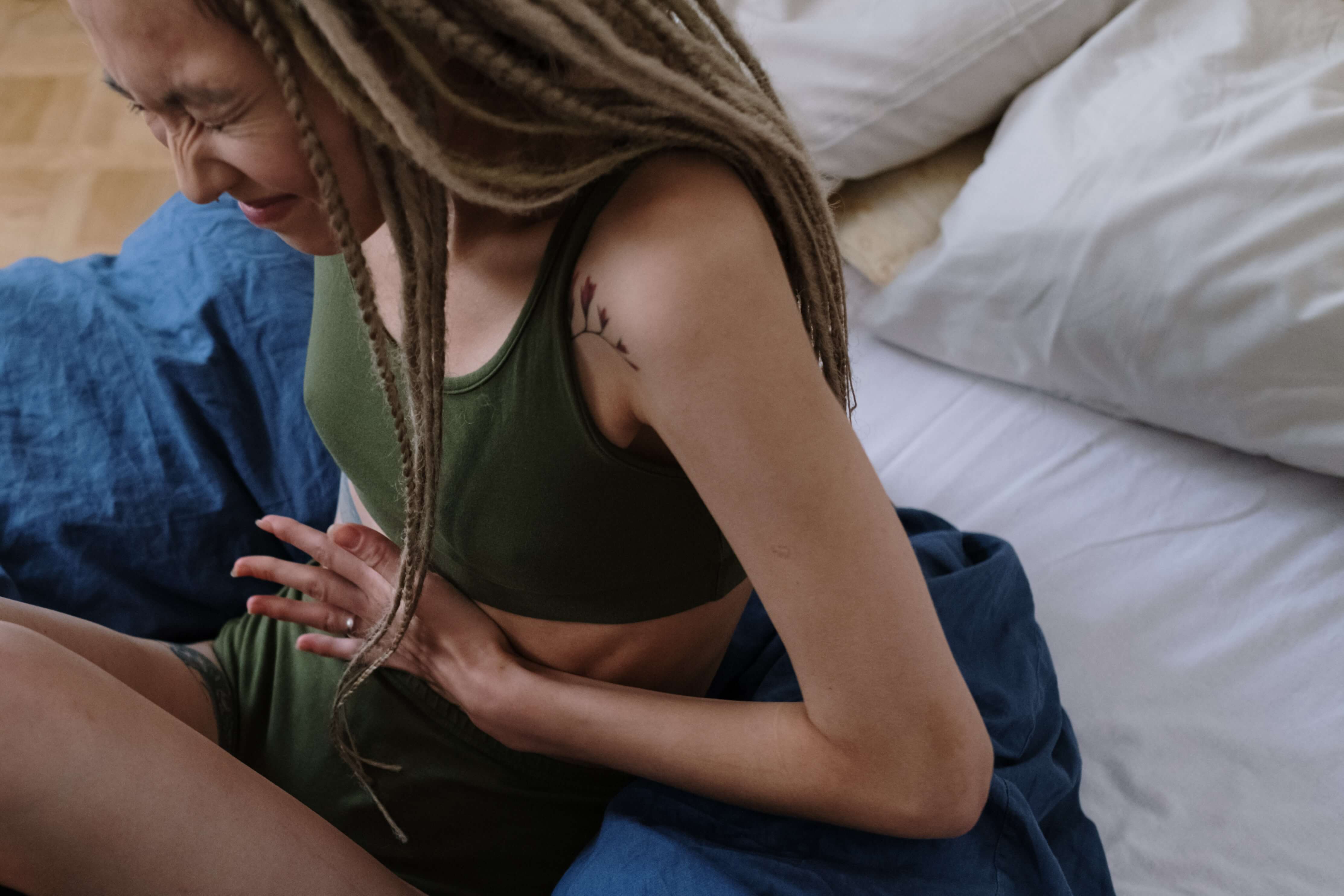 Being a woman is painful. A study found that 7 out of every 10 women experience painful periods. Regrettably, our society fails to acknowledge period pain as real, and young girls are taught to “suck it up”. Even if period talks are now becoming more commonplace, PMS is still the ignored sibling. Since PMS symptoms are myriad and depend from woman to woman, there is an even more lack of empathy for it.

In workplaces, there are hardly any provisions or paid leaves for menstrual problems. Women are expected to deal with their pain in whichever way possible and not talk about it. However, we think it’s time to break down the taboo surrounding menstruation.

Whether it is period problems teenagers face or menopause, talking about these things can help dismantle the stigma concerning women’s bodies. This can support those in need, especially those who are suffering in silence. To help start the conversation, we have discussed everything you need to know about PMS and common menstrual disorders that affect women.

What is PMS? Causes, Risk Factors, and Symptoms

If you’re an adult woman or a teen on the brink of puberty, chances are you’re already familiar with the term PMS. “What does PMS stand for” is one of the frequently asked questions regarding period problems.

PMS stands for Premenstrual Syndrome. It is a condition that affects most women on certain days of their periods, generally leading up to the cycle. PMS can include various symptoms that affect a woman’s physical health, emotions, and behavior. It is a combination of physical and psychological symptoms.

PMS is more common than you think. The symptoms are said to affect at least 90 percent of menstruating women. It usually starts five to eleven days ahead of the bleeding and goes away once the menstruation begins.

The cause of PMS is unknown. However, researchers believe that it is the body’s natural way of altering the mind about the arrival of periods. It is like a signal that is followed by various physical, emotional, and behavioral symptoms. It is also related to sex hormone and serotonin levels during ovulation and at the beginning of the menstrual cycle.

During this time of the month, a woman’s estrogen and progesterone levels increase. An increase in these hormones can result in mood swings, fatigue, anxiety, pain, irritability, sensitivity, etc.

Risk factors of PMS include

PMS is also associated with certain risk factors. That means some women are prone to PMS more than others. Below mentioned are some of the common risk factors.

PMS symptoms range from physical problems to emotional ones. There are more than 100 identified symptoms of PMS. Here are some common PMS symptoms:

It should be noted that for some women the symptoms may be mild. For others, it may be so intense or severe that they might want to skip work or school. On average, women in their mid-thirties are most prone to PMS symptoms.

Common Menstrual Disorders You Should Know About

Since menstruation isn’t a topic openly discussed, most women are not aware of what is normal and what isn’t concerning their cycle. Apart from PMS, women can go through several other common menstrual disorders.

Premenstrual Dysphoric Disorder or PMDD is known as extreme and prolonged PMS. The symptoms of PMDD are heightened in comparison to PMS symptoms. The symptoms are more or less similar to that of PMS but only more severe. Doctors can diagnose their patients with PMDD after a routine checkup and interview with the concerned patient.

One of the major differences between PMS and PMDD is that PMS is more common in adult women around the age of late-twenties to mid-thirties. In contrast, PMDD usually affects teenagers or young adults in their early twenties.

Many women tend to think that painful periods are a normal side effect of the menstruation cycle, but that isn’t the case. Dysmenorrhea is a period disorder that commonly affects women. Almost all women experience some kind of menstrual or abdominal cramping at some point in their cycle.

But, if your craps are extremely persistent, painful, and unbearable, it is a sign of dysmenorrhea. Uterine contractions usually cause this and only a licensed doctor can diagnose it. Depending on the severity of your condition, your doctor may prescribe medicines to help with the pain.

The intensity of bleeding depends on multiple factors during the menstrual cycle, including which day of the cycle it is. Besides, bleeding is only considered to be heavy when it interferes with the woman’s normal day-to-day activities. Almost a fifth of menstruating women bleed so heavily that they cannot deal with the flow, complete their everyday tasks, or go to work and college. If this is the case, the woman is probably bordering on a menstrual disorder.

Heavy menstrual bleeding can be affected by structural abnormalities, hormonal imbalances, related medical conditions (thyroid, liver or kidney disease, blood clotting disorder, complications from miscarriage, etc.) If heavy bleeding becomes a problem for you, you should consult a doctor immediately.

Amenorrhea occurs when a female experiences no periods or no menstrual bleeding at all. If this is experienced in a female above the age of 16 who has not yet started menstruation, it could be a problem related to the endocrine system. The endocrine system is responsible for regulating our hormones. This can be caused by low body weight or the delayed maturing of the pituitary gland.

A related problem is when a woman who used to have regular periods doesn’t experience them anymore or if they’re delayed for three months or longer. An abnormality in estrogen levels causes this.Women’s healthcare should be a priority. Therefore, if any female is experiencing any of these problems, they should be taken to a professional doctor.