This International Rural Women’s Day Lets Raise Our Voice For Our Grassroot Warrior!! 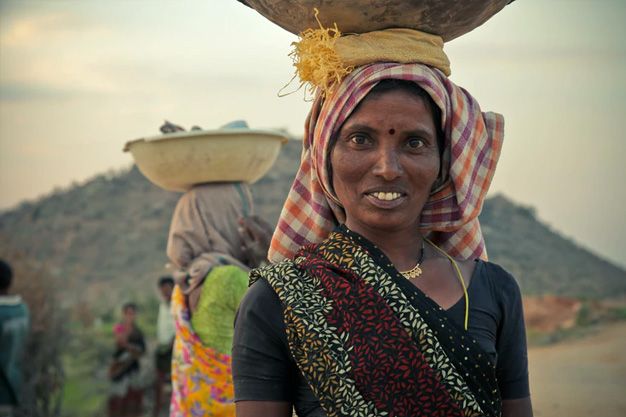 Humans as a species are highly interdependent when functioning in society. From the clothes we wear to the food we eat, everything is made by someone else down the long interconnected chain of dependency. Because we so easily get the fruit of the labour placed in our hands, we often forget to remember the labour itself. Thus, the people who play the most active role in providing our basic needs tend to be forgotten and often have to suffer from a lack of basic facilities themselves.

One of these areas is the basic necessity of the food we are provided and the people that are responsible for it, a large part of which is rural women. From working in farms to taking care of their households and maintaining the growth of traditional industries, rural women have a very important role in our society.

Still, we do not appreciate them enough and often dismiss them as being uneducated and backwards, when in fact, they are the ones who struggle the most to fulfil our needs. It is this that we need to highlight every year on 15th October, which is the International Day of Rural Women.

What is the International Day of Rural Women?

The International Day of Rural Women was first created by Civil society organizations at the Fourth World Conference on Women in Beijing in the year of 1995. In 2007, it was declared as an official UN Day. This was done to honour the role of the rural woman in the progress of society and aim to give them the appreciation that they deserve.

On this day, which is 15th October, we bring attention to all the contributions of rural women in many spheres of life, especially those of agriculture and the environment, which are a must for sustainable development. Through this, we also acknowledge their plights and aim to give them better opportunities, such as improved access to facilities, information, education, credit, training, etc.

Additionally, this becomes a key part of feminism. As feminists, we aim to eradicate all the sections of problems of those who identify as women. Thus, the problems of rural women cannot be on ignored.

On this International Rural Women’s Day, let’s remember all the women who have worked hard for us to be able to live in such comfort.

The role of women, in general, is often discredited and dismissed as a whole, no matter how much they contribute to progress. But the rural woman, also being socially and economically oppressed, suffers even more. The first important step to be taken on World Rural Women’s Day is to amplify the voices of rural women as they talk about the struggles they face, a few of them being:

World Rural Women’s Day means considering rural women within all specific scenarios in which they exist. Thus, if we were to talk about India in particular, rural women do not just face the above-mentioned problems, but also issues such as domestic violence, lack of health services, such as availability of menstruation products, lack of safe farm tools designed for women, lack of safety, lack of proper childcare, etc.

If educated society can be this discriminating, then one cannot even imagine the plight of a woman who exists within an environment suffering from lack of education and proper information.

Effect of COVID-19 on Rural Women

With the onset of COVID-19, women are forced to occupy the role of caretaker more than ever, looking after sick relatives and children who are out of school, while doing extra domestic chores. The women themselves still have to work on the fields and risk their health. If they remain in isolation, then they may be safe from Covid-19 but will fall prey to starvation.

The Role of the Rural Woman

Rural women are the key to achieving sustainable development. It is they who go out into the fields and work, while also taking care of their households, including their children and husbands. They tend to the cattle and the crop, while also promoting the growth of traditional, cottage industries

The role of a rural woman is not of the docile, home-bound creature that most of us imagine. It is a job full of hard work, labour, creativity and compassion. It is rural women who actively provide for their families, both through food and money. Without that, agricultural households would be much poorer.

It is also rural women who pass down their teaching and experiences to their daughters, giving them the kind of practical education that even the best schools will never be able to. It is them to who encourage their daughters to stand for themselves while also being gentle with the earth, teaching them how to be firm without losing the softness of their hearts.

They do all this even with the disproportionate division of resources, many of which as depleted by the time they make it to their level of the social ladder. What we need to understand is that to eradicate larger problems such as environmental damage and poverty, we need to start at the base level and uplift it. Major issues cannot be resolved if we do not recognise these key components, a major part of which are rural women.

It is estimated that if women farmers had the same access as men, then the agricultural output in around 34 developing countries would rise by an approximate average of up to 4%, which could reduce the number of undernourished people in those countries by as much as 17%. If we draw up the figures, this could mean up to 150 million fewer hungry people.

Isn’t that such a big impact? World Rural Women’s Day brings attention to this very role so that we can give it the importance that is deserved. It also means highlighting the necessity of rural women in solving major problems.

Along with that, World Food Day on 16th October and International Day for Eradication of Poverty on the 17th October also aims to further this purpose.

Solutions for the Benefits of Rural Women

On this International Day of Rural Women, what we can do is consider a few measures to solve the problems of rural women. A few things which can be implemented are:

Saluting those who help meet our daily needs

In the end, everything comes down to individual participation. So what can you do on this International Day of Rural Women to make a difference? Well, start with being appreciative of the products and facilities that you use. Learn to be humble and be respectful towards those who work hard for you to live the way you do. Be more conscious of your use of precious resources and do not waste any carelessly.

This year’s theme for International Day of Rural Women is resilience. So, on this 15th October, what we can do is remember the heroes that go unseen. Celebrate by being kind to all the different women in your life and appreciating their efforts. See them, hear them and let them tell their own stories.

While we may be a long way from full change, a small step goes miles and this is what we should never forget.