Indian Women Entrepreneurs Who Are Making A Change 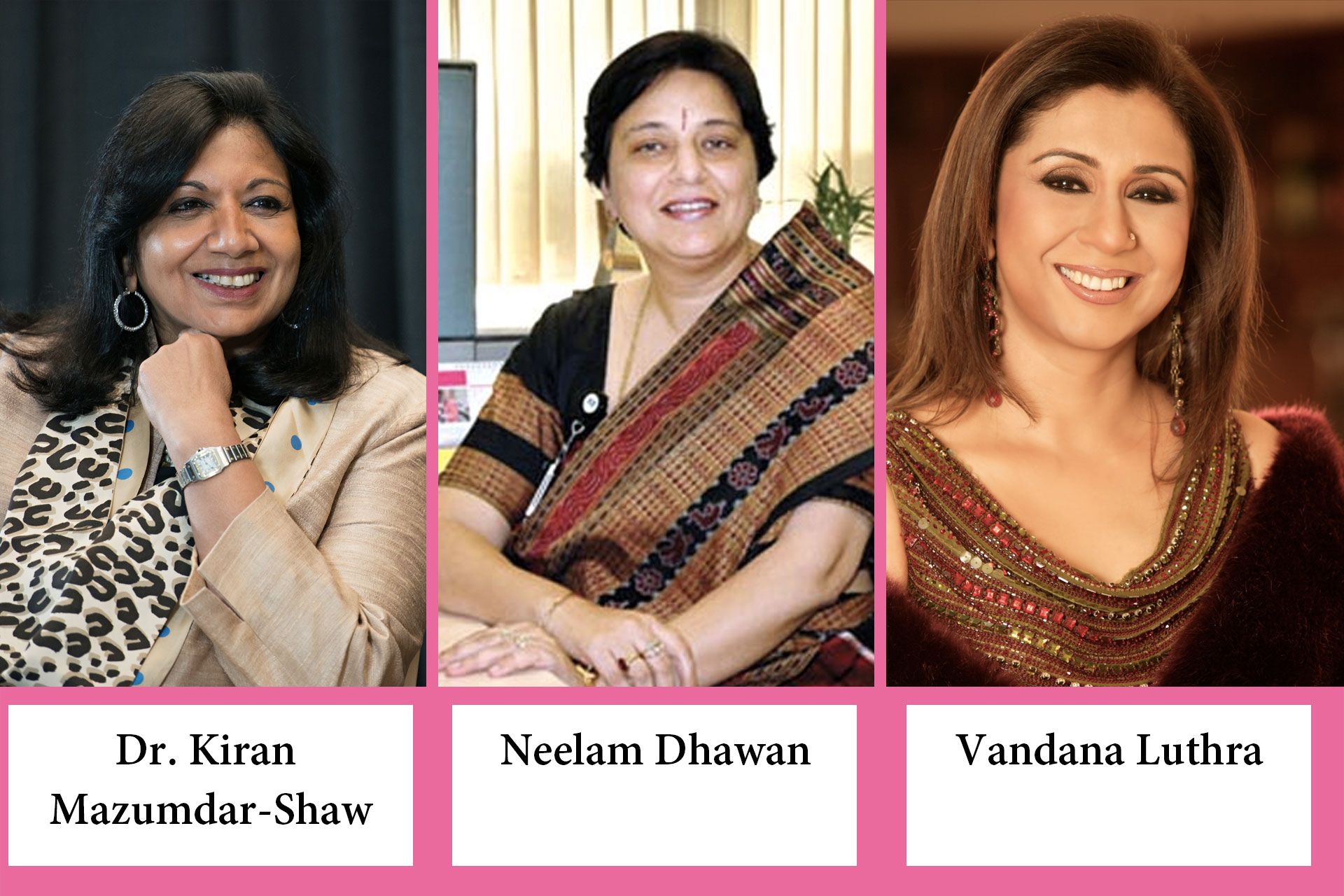 According to history, entrepreneurship in India and even the word has been dominated by men. However, times are changing and women are emerging as powerful leaders and entrepreneurs in all fields. Indian women entrepreneurs are breaking stereotypes and overcoming negative notions each day. Although the journey is often tough, it is well worth it when their influence makes a change on a domestic as well as international level.

Here are few women who have overcome adversity and shaped their own paths:

Dr. Kiran graduated from Bangalore’s Mount Carmel College in Zoology and Biology. She started an industrial enzyme manufacturing company in 1978. Under Kiran’s guidance, the company has transformed into a full bio-pharmaceutical company over the years. Kiran Mazumdar was named the richest woman in India in 2004.

Neelam Dhawan brings a lot of confidence and elegance wherever she goes. Former leader of Microsoft, Neelam is now the Vice President and General Manager of HP Enterprise (HPE) Group and Country and the Managing Director of Hewlett-Packard India. Her portfolio extends to IT, offshore activities, software engineering, BPO and much more. At HP, her main focus is to build strategy and manage corporate development that would help make HP the best company in India.

We all know about VLCC products. But, did you know that it was founded by Vandana Luthra? She is one of the top women entrepreneurs in India. After completing her graduation, she ventured into countries like Germany, UK, and France to learn about fitness, food, beauty, and nutrition.

Vandana started VLCC back in 1989 when her daughter was just a toddler. It’s a good thing that she stepped into entrepreneurship from being a homemaker as this led her to received the Padma Shri in 2013.

Shehnaz Hussian has become a household name in the past decade or two. After completing her graduation at  Queen Mary’s in Allahabad, Shehnaz went on to learn about cosmetic therapy and cosmetology from some of the most prominent western institutions like Christian Valmy, Lancome, and Lean of Copenhagen among others.

Shehnaz Hussian has worked tirelessly to become a popular name in the herbal cosmetics industry. She is also the CEO of Shahnaz Herbals Inc. Her company is spread across 400 franchise clinics across the world. She received the Padma Shri in 2006.

Ritu Kumar has managed to create a niche for herself in the market. People recognize her name anywhere now. She is known for designing beautiful pieces of traditional wear, evening formals, swimwear, and domestic ethnic wear. She went on to create history three times in the Miss India Pageants. Her contributions to the community were recognized and she received a Padma Shri award in 2013 for her efforts.

India is full of passionate, motivated women who have changed the way we know society. There are so many stories in the making right now that we will get to witness in the upcoming years. These strong Indian women entrepreneurs have opened doors of opportunity for a whole generation of women.