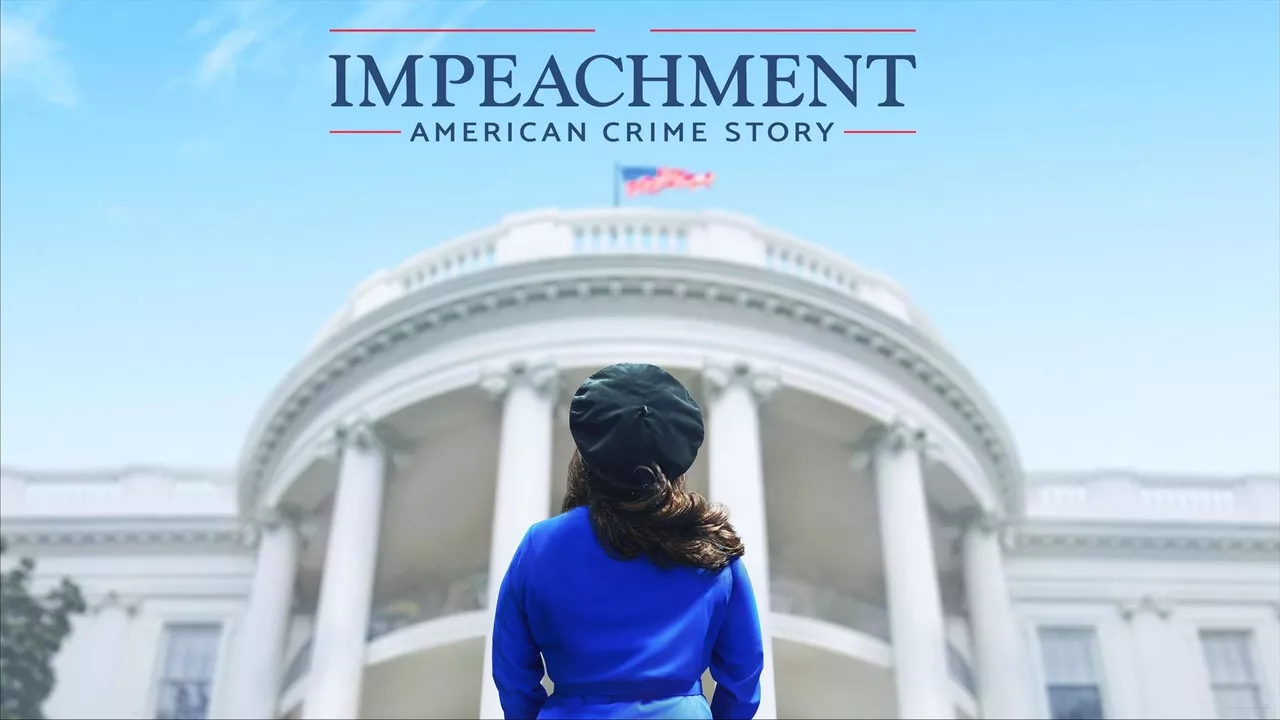 Ryan Murphy’s American Crime Story: Impeachment was one of the most awaited television releases of the year. Today, we are super excited to do the Impeachment review. (Spoiler alerts ahead) There is nothing stranger than the United States’ political history, and Impeachment is a testament to that. The miniseries focuses on the lewd affair between former President Bill Clinton and White House intern Monica Lewinsky.

The Clinton-Lewinsky scandal had occupied the minds of everyone back in the 1990s. Even though a primarily American story, the headlines had reached every remote corner of the world.

The show was written mainly by Sarah Burgess and features superstars such as Clive Owen, Sarah Paulson, Beanie Feldstein, Colin Hanks, Billy Eichner, and Cobie Smulders, among many others. The ensemble cast tried to impart perfect justice to Burgess’ writing and Monica Lewinsky’s story. The Impeachment review is more significant than ever because it sheds light on the cancel culture debate.

Being one of the most anticipated shows of 2021, Impeachment has received many rave reviews and several critiques. Some spectators have felt that Ryan Murphy failed to deliver, while others strongly believe that the show upheld Monica Lewinsky’s ethics quite fairly.

The 10-part episode gradually reveals lurid details of Monica and Bill Clinton’s affair while glancing at the political consequences behind the scenes. The first episode opens with 90’s nostalgia, set in 1998 when the FBI leads Monica Lewinsky (played by Beanie Feldstein) to a hotel room for questioning about the existing Paula Jones’ lawsuit.

The scene then cuts back to 1993, to the tragic suicide of Vince Foster and the pending Whitewater investigation. This moment has been eloquently presented as Linda Tripp’s (played by Sarah Paulson) tipping point and her shift from a loyal White House intern to an alienated employee.

As the episodes progress, Linda Tripp meets Monica Lewinsky as they’re both employees at the Pentagon. The audience can see a strong friendship between Tripp and Lewinsky develop. Soon after, Monica starts confiding in Tripp about her illicit affair with the President of the United States.

The constant theme of the episodes is the character regression of Linda Tripp. Deeply disturbed by her former boss’ suicide, Tripp begins to lose faith in the country’s governance and starts believing in conspiracy theories. She is the avatar of a bitter, middle-aged woman, delusional, tempestuous, and riddled with insecurities.

In some scenes, it is clear that Tripp is envious of Monica’s youthful exuberance. Perhaps, one of the contributors to her bitterness. After Tripp is wrongfully ejected from her cushy White House job and made to work at the Pentagon, she meets Lucianne Goldberg (played by Margo Martindale), who encourages her to write a book about the inside affairs at the White House.

When she meets 22-year-old Monica Lewinsky, she finds the perfect fodder for her novel. It must be noted that this was the time when the POTUS was already grappling with an existent sexual harassment lawsuit filed by Paula Jones.

Soon, Tripp starts recording her telephonic conversations with Monica and collaborates with the FBI and Kenneth Starr (played by Dan Bakkedahl) investigation. Shortly, Linda Tripp emerges successful in betraying a friend and bringing down the 42nd President.

Impeachment spends an exhaustive amount of screen time on the lurid details of Monica and Bill Clinton’s affair. Salacious elements of the scandalous affair have been carefully recreated, including the gifts, the semen-covered dress, the hour-long phone calls, the tapes, and so on.

The audience is introduced to the mighty Hillary Clinton (played by Edie Falco) and her dubious situation in the midst of all this. One episode particularly focuses on Hillary, where she has to publicly deal with the repercussions of her husband’s actions and choose to forgive him.

Impeachment has been relatively successful in capturing the American people’s sentiments about the affair. In a parallel storyline, we see conservating Ann Coulter (played by Cobie Smulders) and her team wishing for the fall of the Clinton administration.

Credit where credit is due, Impeachment did incredibly well in discovering the underplayed elements of the affair and the cultural firestorm. But, it fell short in bringing justice to Lewinsky’s story and depicting the plight of the involved women, including Linda Tripp, Hillary Clinton, and Paula Jones. Nonetheless, it is an engaging watch that leaves the viewers wanting more with the end of each episode.

Where is Monica Lewinsky now?

If you’ve been following Monica and Bill Clinton affair latest news, here is the latest scoop! The Clinton political fiasco was always bigger than the betrayal of Monica. But, Impeachment barely touches upon the fact, and the broader events of Clinton’s Impeachment were unfairly taken out on Monica, who was in her early twenties at the time.

Monica Lewinsky later revealed herself, it was almost impossible to find a job at that time. Of course, no company would hire her after her life became a public spectacle for almost two years. This sheds significant light on the cancel culture debate. A compelling self-advocate, Monica Lewinsky has been vocal about how public shaming can be violent and how the cancel culture has become too broad.

In a 2018 Vanity Fair article, she wrote about gaslighting in the age of #MeToo. The essay was striking and one of Vanity Fair’s best where she shared what it was like to be the most humiliated person in the world. Since her time in the spotlight, Monica Lewinsky has become an important American activist and made quite a name for herself. She worked as an executive producer along with Ryan Murphy on the show. Besides, she is also working on her own documentary to reveal her side of the affair.

Hope our Impeachment review will make you want to watch the show if you have missed it!