8 Little-Known Women in History Who Made Exceptional Contributions! 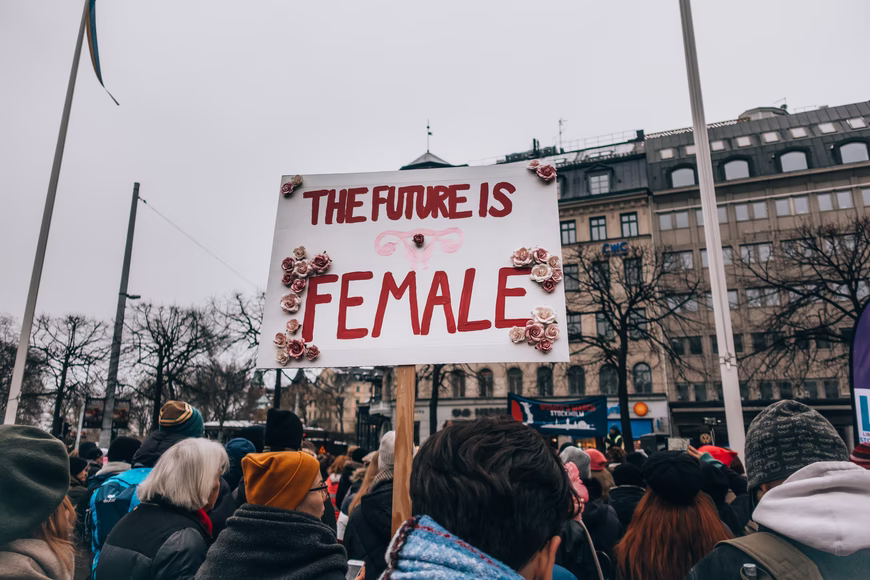 Women’s History Month comes and goes every year. While we come together and mark the day on 8th March, we should question why our appreciation for women is fixated on one day and not lasting support for the rest of the 364. Every famous and little-known women in history had a role to play in the way future generations of women were perceived.

The annual Women’s Day Celebrations allow us to commemorate the triumphs of phenomenal women both in known fields and in our day-to-day lives. However, we often overlook the contributions of many women who are not so well-known in history.

We hear names like Marie Curie, Rosa Parks, Ruth Bader Ginsburg, Kalpana Chawla, and so on in our everyday conversation. But, what about the women history has forgotten? On that note, here is our tribute to some of the little-known women in history! Even though these women aren’t household names, their contributions have shaped the lives of women today.

Wilma Mankiller was a native of Oklahoma who became the first woman to be the Principal Chief of the Cherokee Nation in 1985. The Cherokee tribe is the largest in the United States, and she assumed leadership of them. Under her chiefdom, which lasted for almost a decade, she made enormous contributions to the community. Tribal enrollment grew, employment rates doubled, and she was also able to reduce infant mortality. Later in 1998, she was also awarded the Presidential Medal of Freedom by Bill Clinton.

Martha Gellhorn scripted history as a war correspondent, at a time when most men assumed the position. Although Gellhorn received fame for being married to Ernest Hemingway, it is her achievements that should be celebrated instead. As one of the first female correspondents, Martha Gellhorn reported from across the globe. Many thought that this was a man’s job. Her contributions include many photographs, novels, and news articles that have shaped American war history.

Next, we have one of the little-known women of the Bible. When an opportunity to do God’s work landed on Jael’s doorstep, she seized it. For two decades, a Canaanite King and his general Sisera had oppressed Israel. After Israel reached out to God, Deborah told Barak God to attack Sisera.

Barak refused, but Debora prophesied that God would give the honor of killing Sisera to a woman. After being attacked, Sisera sought refugee in Jael’s tent. Jael offered him milk and induced him to sleep, later killing him with a tent peg through his head. Jael was honored by God in a victory song.

Anne Frank did become the face of the adolescent woman during World War II, however, she wasn’t the only teenager with a story. Freddie and Truus Oversteegen joined the resistance when they were just 14 and 16 years old.

They seduced Nazi men and invited them for a romantic walk in the nearby forest where they were shot by resistance fighters. The sisters acted as couriers, stole identity papers, and helped fellow Jews. In 2014, they were honored for their role in the resistance with the Mobilisatie-Oorlogskruis.

Mary McLeod Bethune was an educator and nothing short of one of the little-known women suffragists. She not only advocated for civil rights but in 1904, she established the Daytona Educational and Industrial School for Negro Girls.

Now it is known as the Bethune-Cookman University in Florida. Mary became the first African-American woman to start a historically Black college for young girls. Later in 1932, she also became an important member of President Franklin D. Roosevelt’s “Black Cabinet”. She was a trailblazer.

Saint Anna Wang was one of the little-known women saints in history. In 1900, when the Boxers were knocking down Chinese churches and temples, and brutally massacring Chinese Christians to get rid of the Western influence, Anna was only 14 years old.

She and her kin were given the choice to either renounce their faith or be killed. She chose the latter and led a group of women in prayer as the oppressors prodded her with their weapons.

As Anna Wang was being savagely killed, she didn’t stop praying. She became one among the 30, 000 Chinese Christians who were murdered during the Boxer rebellion. She is also among the 120 martyr saints of China who have been canonized by the Catholic Church.

Elizabeth Cohran Seaman adopted the pen name of ‘Nellie Bly’ as she worked undercover as an investigative journalist during the 1880s. One of her most notable works includes when she infiltrated a psychiatric asylum on Blackwell’s Island in New York, in an attempt to expose the unfair and inhumane treatment meted out to the patients.

She reported what she found, and as a result, the municipal government of New York City donated money for the cause of the mentally ill. Nellie Bly is a mental health warrior, and there’s a 2015 film based on her legacy, known as 10 Days In A Madhouse.

Last but not least, we have Katherine Graham as one of the little-known women in history. Katherine was the chairman of The Washing Post Co. for two decades. In fact, she was not only one of the first women publishers of a United States newspaper, but also the first woman chairman of a Fortune 500 Company.

Katherine Graham supervised the publication of the Pentagon Papers, and also the Watergate Scandal. She was responsible for making The Washington Post one of the critically acclaimed journalistic institutions in the world. In 1998, she won the Pulitzer Prize for her autobiography, Personal History.

As you must have realized, each woman doesn’t get the credit they deserve. Therefore, it is important to reflect on some of the little-known women in history.