Girl In The City: A Show That Resonates With Every Girl's Dreams 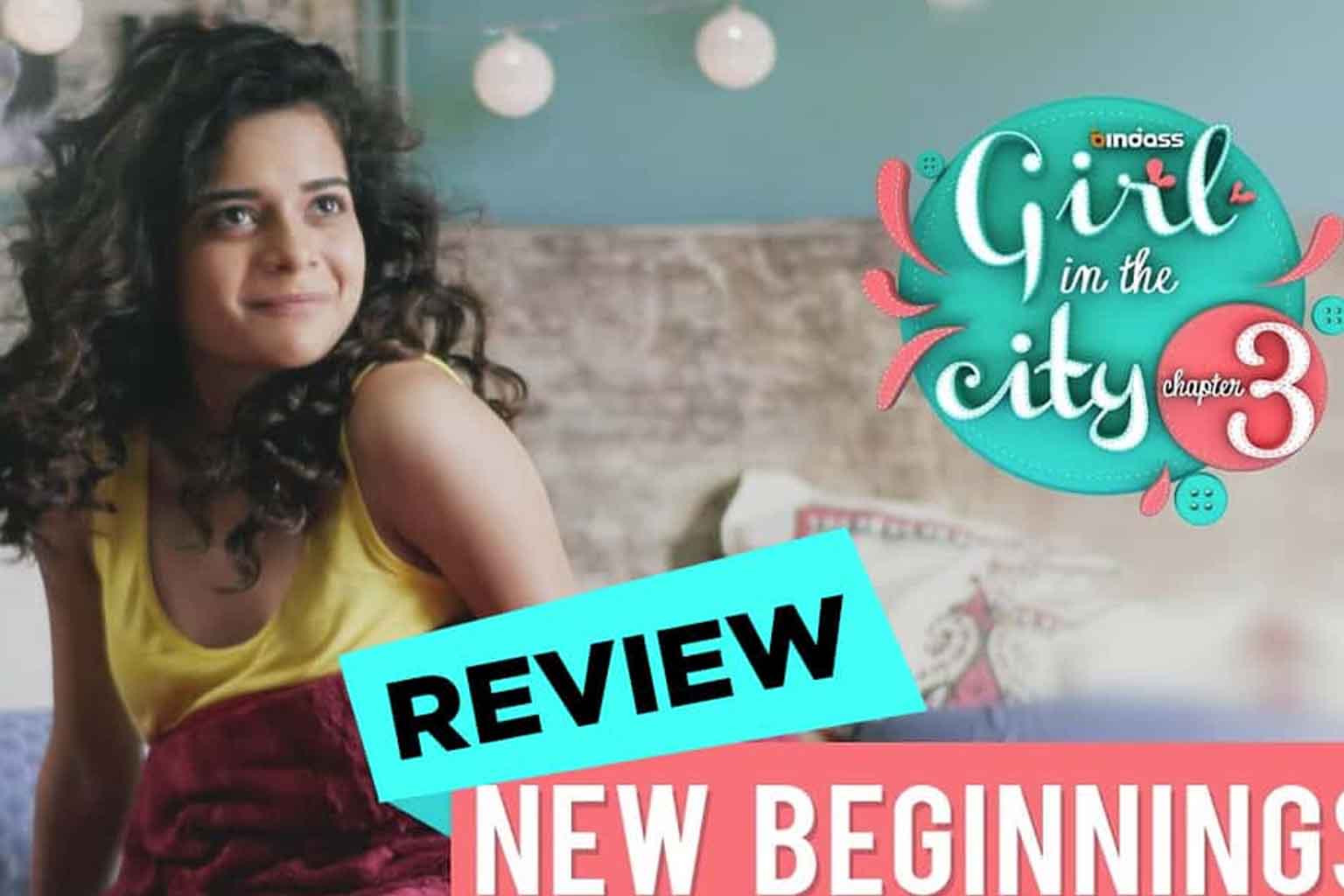 Girl in the City is extremely special when the end credits for chapter 3, episode 13 run out, you are left smiling. This web series is a slice of the life story, of Meera Sehgal who is like the rest of us, yet so different. She not only dreams but runs behind them, and doesn’t rest until she turns them into reality.

Girl In The City Chapter 1

It was released way back in 2016 and had 13 episodes. The first season shows how Meera after convincing her father travels from Dehradun, Papa Rambo, arrives in Mumbai, for a 3-month internship with a fashion house M9. She aspires to be a stylist and has a natural flair for it. She stays with her childhood friend Samira, who has now turned into a stunning city.

She is a small city girl with dreams of making her name in this big city. At her work, she is accosted by a snooty and mean senior Avana, who takes the credit for her creative suggestions. She is even accused by her boss the temperamental Rohan of selling the designs to another organization and gets fired.

But being the fauji kid, she gives a very moving speech saying that integrity and honesty are her calling card, and ultimately her innocence gets proved, and she is even offered a job as a senior stylist.

In Mumbai, she meets two guys who are like chalk and cheese from each other, the gorgeous model and neighbor Sumer, who is philandering, and the goofy, and cute flatmate, Kartik, who is a wonderful cook, struggling to become a chef. She eventually falls for the foe-turned friend Kartik.

Girl In The City Chapter 2

This season opens with Meera, played exceedingly well by Mithila Palkar, who is vivacious and restrained in her acting. Each emotion plays out minutely on her face, and you can’t help but sigh or cheer along with her, no wonder she is so popular. She is shown to be running a shop, called Passion for Fashion in Dehradun, where there is no appreciation for her style or design, and her clientele mostly consists of aunties, who just wants her to make copies of celebrity lehengas. She feels suffocated and constantly cribs to Kartik over Skype calls.

A twist of fate, makes her meet Areem Bhatija, who is on the run, and then her brother Kiran Bhatija. The siblings are the owner of one of the biggest fashion houses, the House of Aram. Her talent being spotted she gets an offer to become the principal designer for them. She runs away from home to pursue her dreams.

In Mumbai, she learns that she would just be a ghost designer for Aram, who is extremely temperamental. The company was going through a tumultuous time and though she is wronged, she stood by them, and in the end during the big launch, Areem graciously gives her the credit.

On the personal front, Kartik quits and comes back to India, but the passion between the two had fizzled out, even though they are BFFs. Meera gets attracted to her brooding boss, Kiran, played by the very charming Karanvir Sharma, while Kartik finds a spark with Aram.

Girl In The City Chapter 3

The final season shows that Meera is now on her own since she has quit the job at the House of Aram. She runs her design line and aspires to open her studio. Meera is a character that is both headstrong and independent. While she gathers funds for the dream location, she supplies clothes to various shops across the city and is helped by a quirky tailor Lialkat, and the web-designer Saurabh.

Chance brings the three friends back under the same roof, and this series gives us a wonderful friendship goal- that friends have your back no matter what. In this season, we see Meera struggle to achieve her aspiration, and how she fails. But our feisty heroine overcomes the insurmountable hurdles and makes it.

In a race against time and Areem, who is set to sabotage Meera’s career, finally fulfills her desire to open her flagship store. The friends turn into business partners and achieve what they had set out to do-make a name for themselves.

Samira and Kartik played by Swati Vatsa and Rajat Barmecha, who is extremely easy on the eye, has the goofy boy-next-door charm and is immensely likable as the exceptional chef. Each of the primary characters is flawed and hence extremely relatable. The associated characters are all quirky and significant to the storyline- whether it is the assistants Liakat, and Saurabh, the neighbor Sumer, Yash, rapper Dumreez, or yesteryear actor and client PK.

Meera’s nemesis in the Girl in the City is Aram, who is vicious and full of vengeance, played by Preetika Chawla. The wordplay in the name of the two characters is extremely interesting, Areem is the opposite of Meera, and so are their characters. They are tousled to emerge as winner makes it interesting to watch.

Samar Shaikh has done a wonderful job with the direction, keeping it crisp and maintaining the pace through all the 69 episodes. The show never for once loses its pace, nor does it become boring. Every episode is unique and there is a certain freshness to it. The writing by Sanyuktha Chawla Shaikh and Swati Tripathi is crisp and precise.

The music by Karan Malhotra and Anand Bajpai is soothing and adds to the feel and pace of the entire series. The cinematography by Raaj Chakravarti and Lawrence Dcunha is one of the finest that I have seen in recent times. The styling in this web series is trendy with the millennial crowd.

The red scooter that Meera rides becomes a leitmotif for her journey towards her goal. If you haven’t watched Girl in the City, you should do it pronto!!

Also Read: The Trip By Bindass: Show Which Stole Every Single Girl’s Heart