Is Depression Genetic? The Relationship Between Genetics and Depression 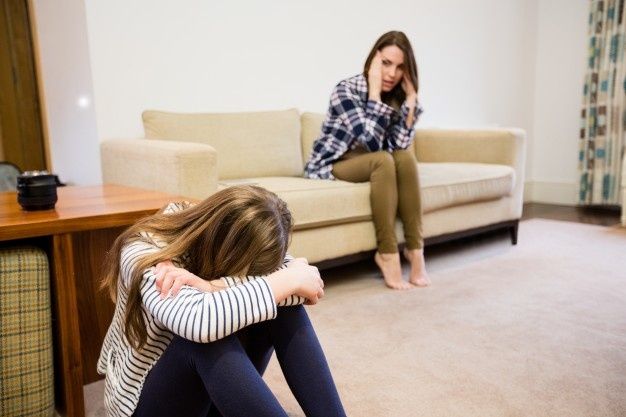 What Is Genetics And Depression ?

One of the most common definitions of this mental disorder is that it is a persistent prevalence of depressive mood swings followed by gradual loss of interest in activities and things, which further leads to disturbances that greatly hinder one’s daily life. And this tends to get worse by developing into physical and/or behavioral problems, including problems in sleeping, loss of energy and concentration, etc. if left untreated.

In totality, the symptoms of depression tend to vary from person to person, depending on their mental health, overall lifestyle, behavioral and cognitive skills, etc. However, some of the symptoms that are often commonly witnessed in the history of depressed patients are:

So, what exactly leads to this grave mood disorder? Again, different people develop this disorder and go through it differently, based on their own experiences. This is why, something that might have led to the formation of a depression in one individual, does not necessarily have to be the culprit for someone else too. But, some of the most commonly observed psychological causes of depression are:

Some stressful events that take place in an individual’s life as the loss of a loved one, family problems, moving and shifting too much, divorce, etc. tend to be one of the most common as well as potential causes of a depressed state of mind.

Any kind of abuse including physical, sexual, and mental/emotional abuse tends to increase the chances of one becoming more vulnerable to depression.

If you’re on a particular type and/or dosage of some drug, then that is also highly likely to cause depressive and even manic mood swings. And drug abuse (including both medicinal and non-medicinal) only tends to worsen that situation. Other causes include the formation of stress and anxiety due to financial crisis, stress due to any illness, severe emotional neglect, loss of a job, brain chemistry, hormones, etc.  These were more or less the potential psychological and emotional factors that are associated with depression. But what about the biological ones? Is there a link between one’s genetics and depression? Well, let’s find out!

Besides the psychological aspects, to depression, certain biological factors do come into play as well. So, shortly and concisely, yes, genetics do play a role in depressive mood disorder. However, it is more complex than that. The genetic vulnerability to inherit depression, according to scientists and researchers, is not simply the result of one single or a specific gene. It is more of a combination of genes that tend to affect this aspect together.

Although there is impending comprehensive data and research in this area, the already existing studies point towards genetic factors being responsible for the risk of developing this disorder. You must’ve heard the saying “depression runs in their family”. Well, it might just be true after all because genetic changes tend to increase the predisposition to not only depression but even certain anxiety disorders like general anxiety disorder or panic disorder.

Certain studies suggested that an individual with a depressed first-degree relative like a parent or a sibling is thrice more likely to face depression at some point in his/her life compared to the general public, i.e., people who don’t fall under this category. So, although environmental facts own up to about 60% of cases of depression, genetic factors tend to make up the rest of the 40%. But in general, every case of depression is associated with a variety of factors that might be just psychological or biological, or both, and that depends from person to person.

What can you Do to Prevent it?

There are various ways and therapies to treat depression and the emotional factors that cause depression can even be prevented at times. Whereas in terms of the genetic aspect, there is only so much you can do, because you’re not going to be able to change your DNA or chromosomes, now are you? However, certain preventive measures apply to both those aspects to at least some extent due to which, you could be successful in preventing this mood disorder that occurs due to biological and genetic factors:

If you are aware of the fact that your family has had a history of depression, then avoid factors that are more likely to push you towards a depressive state of mind. For instance, try avoiding alcohol, smoking, and other hardcore drugs as much as possible and stay as healthy and fit as you can. This is greatly beneficial as it might just end up reducing your chances of experiencing this disorder. The same goes with stress; steer clear of stress and if there is a major disturbing life event that is stressing you out, then reach out to your loved ones or more preferably, seek counseling for some time.

This is because that is likely to speed up your healing process, thereby lowering the chances of you falling towards the deep end. Other than that, stay connected to others, maintain both your physical as well as emotional well-being, and practice mindfulness or keep giving yourself breaks from time to time. And the most important of all, hesitate to reach out for help if you need it, whenever you need it because in case you do develop depression, there are still plenty of ways to treat it and get better!