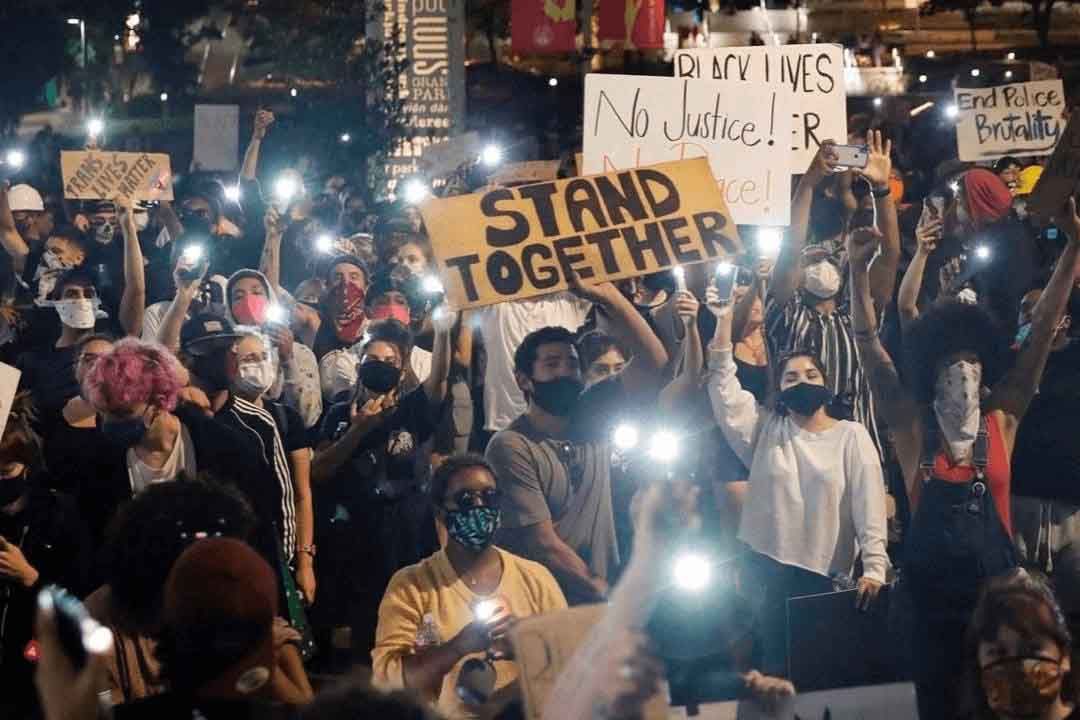 In these tough times, when the whole world is fighting the war against COVID-19 we see the well- existing virus in our society at the forefront yet again. This is the virus of RACISM that exists in our society from the very start.

George Perry Floyd, a 46-year old man was killed by a police officer Derek Chauvin on May 25, 2020. He forcefully knelt Floyd on his neck for 9 minutes while Floyd lay down helplessly, handcuffed with his face down on the streets of Minneapolis, Minnesota. According to the reports, Floyd was arrested in suspicion of using an inauthentic bill.

The other two officers restrained Floyd while one made sure no one intervenes them.

The next day all the four officers were arrested. However, this incident led to many massive processions and protest all over the U.S. in many places porters went violent and caused damage.

This shameful act of racism, police brutality, and lack of police accountability raged the whole world and was condemned by many including leading icons and most famous and influential personalities around the globe through representations on social media.

The last words of Floyd were “I can’t breathe”. Certainly, in a society like this, it is definitely difficult to breathe. Floyd’s case also brought back the previous case of Eric Garner in the highlight who was killed similarly from choking by one of the police officers in NewYork in 2014.

Police brutality and racism are no new and though many people are shocked as they highlighted the existing evils of our society clearly. With so much development around one cannot imagine something like this happening in 2020, that too, amidst pandemic.

But someone has rightly said, education and development cannot give you conscience and teach you humanity! This incident definitely made us ponder that are we really developed as a society?! Let us try to look at the root cause of such incidents even after years of so-called ”sophistication and education”.

Structural loopholes existing all over the world

The root cause of any societal issue lies in its structure. There are some problematic vices that lie in our structure so deeply that we never realize that they exist!

Racism and police brutality is not only the issue of the U.S. but the whole world. Here, we have tried to analyze some deeply rooted notions by the virtue of which we all somehow have nurtured and grown to be racist. Ironically, the average skin color in India is brown!

Thus, from the above arguments, we can infer that this racist behavior has come from the way things have taught us from the very start. And with the growing capitalism- the western phenomenon we are just uplifting this racism and making it more deeply rooted. It is important to set the boundary of this capitalistic behavior and focus on educating society, rather than only fulfilling profit-making agendas.

Apart from all this, the sad part is even after so many protests and awareness people tend to concentrate on negatives and keep trying to bring others down! People are still fighting about the matter of selective solidarity.

What we actually need?

Yes, it is important to point out the hypocrites but it is more important to understand the real issue and stick to it.