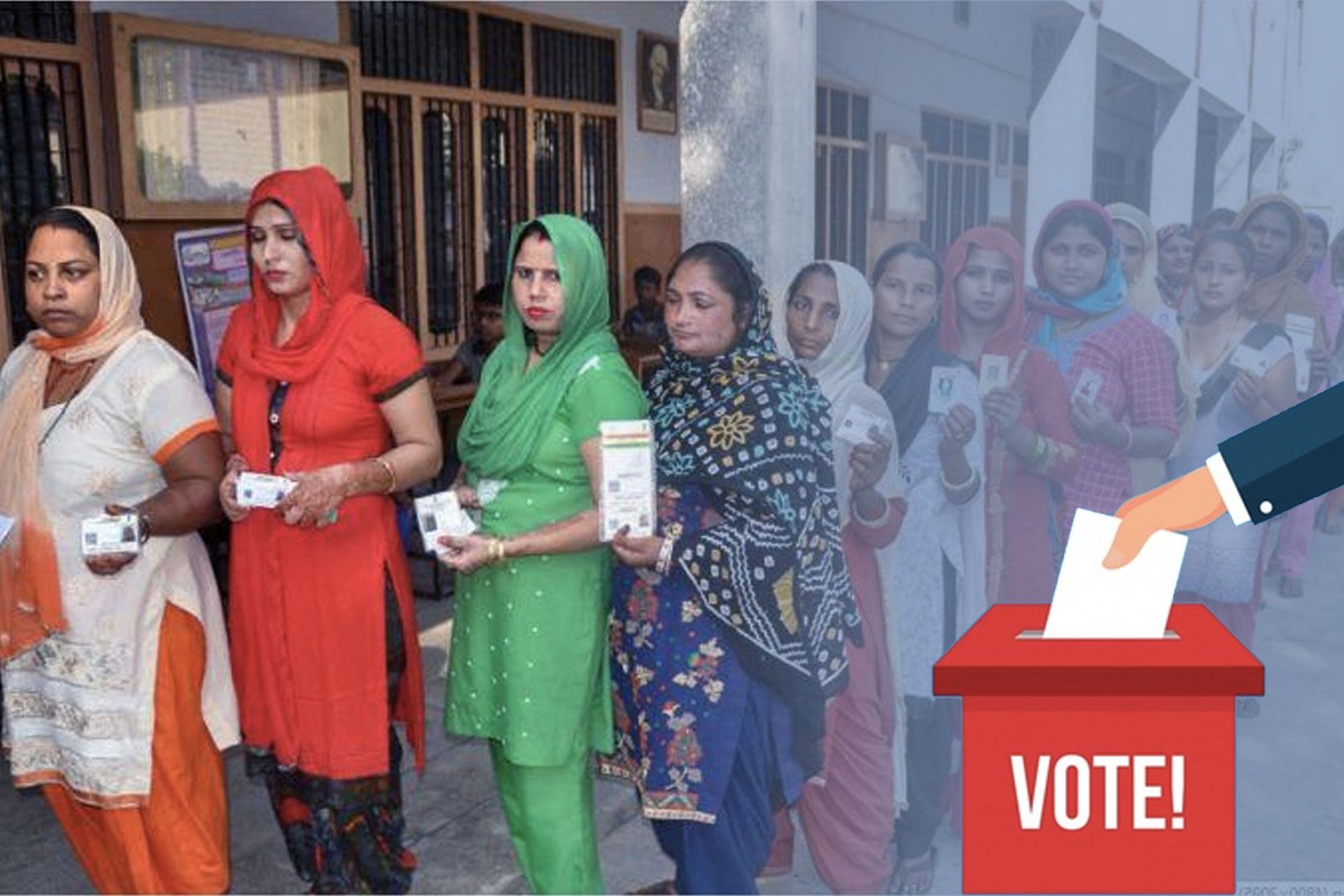 Haryana’s assembly election was held on the 21st of October, 2019. Over a thousand candidates contested from 90 constituencies. However, the number of women was merely 109, down from116 candidates in the 2014 election. In a country where almost half the population is female, women barely get the representation they deserve. If we look at the gender ratio, it is one of the worse in Haryana where there are only 925 women on 1000 men. Although it is better than before, there is still a long way to go. When an election comes around, women empowerment is one of the many promises that politicians make to get elected, but, female representation in the elections tell a different story.

Although the number of women contestants has dropped from last time, it has increased in percentage from 9 to 10. This is because the male contestants have dropped in number as well.  You may have heard about the TikTok star Sonali Phogat or the known wrestler Babita Phogat contesting the elections from BJP. Although it is commendable, it does not do much to change the scenario. Bhartiya Janata Party is fielding 80 candidates, out of which 12 are women. Last time they had 15 female candidates. Congress, the biggest rival of BJP, is contesting with 10 female candidates. It is the same as last time.

The Indian National Lok Dal is at the front with 15 female candidates. But, their number has gone down from 16 in the last election. If we look at the Bahujan Samaj Party, which is led by Mayawati, they have only 6 female candidates out of the total 82.  When Geeta Bhukkal, a former Congress minister, and a candidate from Jhajjhar, was approached for comments, she said “The reason why women are not given enough tickets is because winnability is a big factor. I think the system is flawed.”

One might wonder about the reason behind the lack of female representation in the election. Some may say that this is because men are assertive and do not give women the rights they deserve. But, the truth differs.  In a country where the government runs female-centric campaigns like “Beti Bachao Padhao Beti Padhao” to encourage education among girls, national political parties like Bhartiya Janata Party and Congress refused tickets to three and one female party workers respectively. Party workers claim that the winnability of the female candidates was doubtful and that is why they did not get to contest the election. But, the question remains how any party can claim to support women empowerment when they don’t let them fight the election.