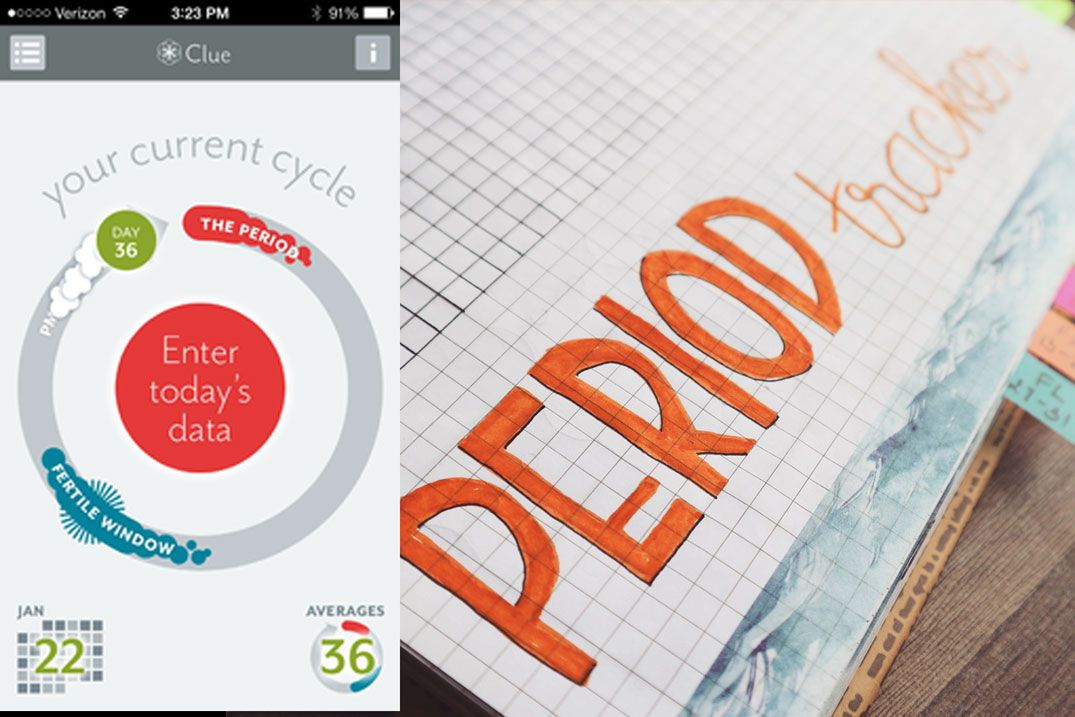 Are you forgetting the dates of your last menstruation? Or worried about the sudden change of cycle? Digital period trackers come to the rescue! In an era of digitization of everything, menstruation didn’t lag far behind. There are several period trackers in the market nowadays which tracks female hormones and menstrual cycles, reminding women of their expectations of the same. Not only this, but these period trackers also highlight the changes that are going to occur and what foods the woman should have before, during and after a menstrual cycle. Digital contraceptive is a newer thing though! Despite some of them receiving flak for not being effective, they are still a thriving scene. Digital contraceptives are ovulation calculators that educate a woman about fertility issues and also suggest her period of most and low fertility. This helps the woman to enjoy a good sex session without having to worry about pregnancy. This, however, is not exactly effective. Many women ended up getting pregnant!

Woom, one of the leading fertility-tracking applications, got featured on the Forbes list of 60 female-led start-ups. This app was launched by Clelia Morales and Laurence Fontinoy, who launched it after they faced fertility issues and joined hands to educate women on the same. Though this application uses an effective algorithm to optimize pregnancy in women, it also educates them about their bodies. The founders of the application wanted to fill in the knowledge gap and assist women to empower them and their bodies. Companies like Elvie promoted a device that strengthens the pelvic floor of women. They also introduced Lia- a biodegradable pregnancy test; Hey Vina- a female based app for friendships and L- an ethical and female-targeted condom brand. Other applications include Moddy Month and Flo Health among several others.

Digital contraceptives and period trackers are used by women and girls who want to effectively track their moods, hormones and menstrual cycles. It helps them to get a better understanding of their bodies. Though reproduction is the main focus for these applications and feminine tech, the industry goes beyond its horizon on a larger scale. The applications also have an in-app feature where women can sync their data and information with friends and other ladies. This allows everyone on the group to know where their friend is in their menstrual cycle and share a useful guide for them. In a world, where a majority of countries and women are apprehensive and still of talking about menstruation and female fertility, these feminine technology applications have come a long way in promoting the talk of these issues. Many people are still embarrassed about talking about their periods, some even consider it a taboo. Feminine tech strives to break this barrier! These applications act as a reminder for women worldwide that every woman goes through a menstrual cycle and fertility issues and its not a shame to express and talk about it.

Femtech (short for feminine technology) makers are witnessing a changing trend in the world. The applications are not only educating women but also helping combat the lack of women in scientific research and helping in breaking social taboos revolving around women’s health. Additionally, they have also added a gained momentum to the healthcare companies in the global scenario. Portfolia –a US-based platform which is financed exclusively by female investors introduced the first femtech fund in the world. The fund aims at investing around $4 million in six of the top-performing start-ups dedicated to women’s wellness and women’s health. Feminine technology applications may not be ever successful in restricting pregnancies and fertility issues in women, but they are a go-getter at educating women and make them talk about issues they often brush under the carpet!

Also Read: Compare the Risks Before Adopting Any Contraceptive Methods