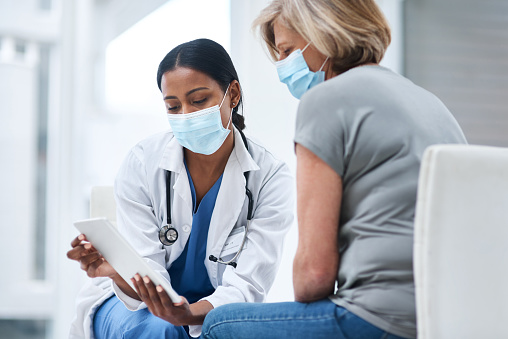 Studies have shown that when women take the time to go to the doctor’s office, it is usually for something serious that must be addressed immediately. Even though yearly routine check-ups are recommended for men and women alike, women tend to be much more misdiagnosed. There are many different reasons why female misdiagnosed issues is a common thing in the health industry. There is a gap in clinical research and knowledge about the range of symptoms men and women can experience with the same disease and conditions.

Women are also more frequently misdiagnosed because their concerns are dismissed by family members and doctors they seek help from. In most cases, these concerns are seen as “complaints”. If you’re a woman, you’ve most definitely heard the phrase, “it’s all in your head”. This is another major reason why women hesitate to visit the doctor or seek help.

Delayed diagnosis or misdiagnosis is a serious problem that needs to be confronted. On that note, here are some female misdiagnosed health issues.

Of course, heart attacks are nothing like they’re portrayed in movies. It is not something that happens in the spur of the moment, instead, it can come on very slowly. The symptoms of heart attack experienced by men and women are different. Men usually have chest pain and discomfort. Whereas, women experience less typical symptoms like nausea, dizziness, shortness of breath, etc. Most of the time, these symptoms are misdiagnosed as heartburn, stomach ulcer, or indigestion.

Did you know that it takes an average of four years and five doctors to get an accurate autoimmune conditions diagnosis? Women are among 75 percent of autoimmune diseases patients. The problem is that the symptoms caused by these diseases can easily be misdiagnosed for something else. Even doctors rely on a wait-and-see method before giving the correct diagnosis.

ADHD is said to affect an estimated 8.4 percent of children, and it is among the most common neurodevelopmental disorders observed in childhood. This also makes it a common young female misdiagnosed condition. There is a large diagnosis gap between girls and boys with ADHD.

While ADHD is more common in boys, new research has proved that the condition can be more complicated in girls. ADHD can manifest differently in girls, and that’s why it is necessary to diagnose it as soon as possible.

Digestive problems are hard to diagnose and differentiate in general. IBS symptoms can typically include abdominal pain, discomfort, bloating, constipation, diarrhea, etc. Experts say that these symptoms can also be mistaken for Inflammatory Bowel Disease (IBD) that including Crohn’s disease and ulcerative colitis. Therefore, this makes it especially hard to receive an accurate diagnosis for the condition.

Studies have increasingly shown that depression and related mood disorders are more common in men than in women. Several factors could lead to depression in women, including genetic, environmental, hormonal, reproductive, or social. Nonetheless, the condition is commonly female misdiagnosed. Depression in women is not taken seriously and dismissed as “mood swings”. This prevents women from getting the treatment they deserve.

Polycystic Ovary Syndrome (PCOS) is more common than one may think. This is another condition that often goes misdiagnosed because the diagnostic symptoms aren’t always assessed at first. Common PCOS symptoms include acne, irregular periods, hair growth on the face and body, bloodwork, abnormal ovaries, and so on.

Many PCOS patients don’t have a typical PCOS appearance and are thus not taken seriously. A correct PCOS diagnosis has to rule out thyroid and depression (both have similar symptoms), and thorough tests need to be conducted before a treatment plan is prescribed.

Hypothyroidism is one of the most complicated conditions to have. When you suffer from hypothyroidism, you can experience a range of symptoms from fatigue, weight gain, hair loss, muscle pain, and so on. All these symptoms are caused by your thyroid gland not functioning properly and producing the necessary hormones.

Unfortunately, thousands of women suffer these symptoms and go misdiagnosed. Doctors dismiss it as saying that it’s something that you normally experience with age. But, it isn’t so. It is a condition that requires attention.

A decade ago, very little was known about endometriosis. Thankfully, more and more women are speaking about their experiences and research is being conducted to understand the condition better. Endometriosis can cause excruciating pain because the lining of the uterus grows outside the uterus.

Misdiagnoses are common due to doctors not knowing much about the condition. Besides, it is often dismissed as bad period pain, abdominal cramping, irritable bowel syndrome (IBS), etc. If you experience painful periods that prevent you from carrying out your everyday tasks, it is not normal. You should visit a doctor immediately and get all the risk factors ruled out.

As we said, autoimmune conditions are difficult to diagnose. Lupus is one such autoimmune condition. It is an inflammatory disease in which the body’s immune system begins attacking its organs and tissues. Unfortunately, patients suffering from lupus can be easily misdiagnosed with either dermatomyositis or multiple sclerosis.

Last but not least, we have sleep apnea. Sleep apnea is another female misdiagnosed issue. The sleep disorder has vague symptoms like chronic fatigue, weight gain, mood swings, etc., which leads doctors to treat them for mood disorders or thyroid problems. This is mainly due to a lack of awareness.

It is important to spread awareness about these women’s health issues and make sure women get the treatment they deserve. In the coming year, we hope that everyone has equal access to healthcare, and the gaps in diagnosis are managed.