The World Of The Supernatural: The 2 Different Kinds Of Witches And Their Practice 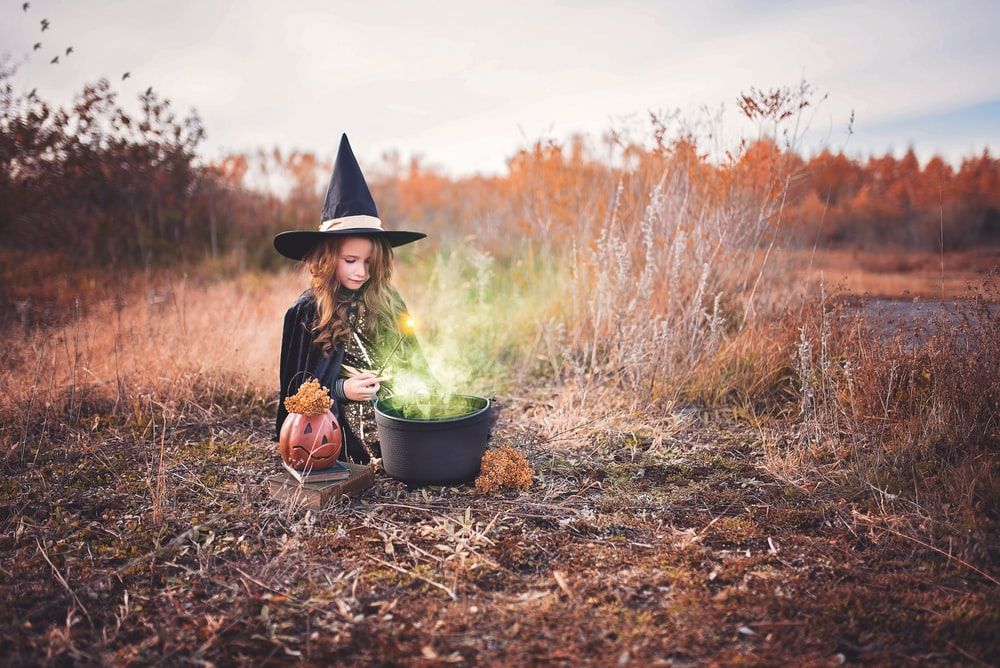 Do witches and witchcraft intrigue and captivate you? Well then, you must have been re watching The Vampire Diaries for the 3rd time now and probably would have gotten in that zone where you feel like researching and discovering all that you can about certain aspects from this unique world of the supernatural. And you have landed in just the right place! Let’s learn more about different kinds of witches and make Bonnie proud!

The practice of magic with the help of magic spells, magical rituals, incantations, and numerous types of materials from nature, is commonly known as witchcraft, or wizardry. And yes, it is very much real. These practices commonly involve situations wherein the practitioner is granted the power to control certain things, events, or people. But unlike what you might have learned from the Harry Potter series or The Chronicles of Narnia, magic in real life is carried out a bit differently and is harder than it is shown in movies and shows.

How Magic Usually Tends to Work?

Performing magic is more than just closing your eyes doing a bunch of hand gestures. It requires thorough practice and the right mindset and it is also not always associated with the act of “doing” something. Witchcraft also involves performing magic spells and rituals to attain spirituality and inner peace. Contrary to popular belief, one does not necessarily need an occasion like a full moon or an eclipse to practice witchcraft. This is because performing magic is more of an energy-based phenomenon – the universe is filled with all kinds of energies and witchcraft is simply concentrating and harnessing that energy, usually, with a positive attitude and motive.

Although there must have been various types of practitioners or witches in the course of history, there have always been 2 different kinds of witches that tend to be talked about quite popularly – a white witch and a black witch.

What is a White Witch?

White witches are those who carry out the practice of white magic, i.e., magic that is traditionally considered to be used for altruistic purposes. This is why those who practice white witchcraft are often referred to as “healers” or as  “wise men/women” and they commonly use blessings, songs, prayers, charms, etc., as a part of their practice.

White witchcraft or white magic is also renowned as “natural magic” as its main purpose has always been, and continues to be – to do good as well as bring a sense of spirituality to the practitioner. Modern white ceremonial magic often involves curing illness and/or injury, bringing good luck and well-being, dream interpretation, placating the spirits, controlling the weather, etc.

Although white witches don’t necessarily worship any specific deity, white witchcraft is quite closely associated with the worship of feminine figures like a Mother goddess and concepts of nature spirits and even motherly spirits. White magic thus celebrates harmony, growth, and success and is built on the ethics of more protective and natural magic. But then, why are witches often looked at as bad and evil? Well, that is because white witchcraft tends to monumentally differ from black witchcraft, which is often considered to be evil. Let’s explore the second distinct type of witches and their practice.

What is a Black Witch?

Unlike white witches, black witches are the ones who carry out black magic or the ones who use magic for disastrous and selfish purposes, which is why it is also frequently referred to as dangerous magic. Black witchcraft involves the practice of casting spells and incantations but for causes that aren’t considered to be “good” or “natural”, precisely because the primary source of this type of magic tends to take root from negative human emotions like rage, envy, selfishness, malicious intents, etc. Witches who perform black magic, often get involved with evil spirits, worship the devil or other such demonic spirits, use sacrificial magic, and even cast curses as well as hexes (casting a hex refers to inflicting bad luck on others).

And their practices go from performing immortality rituals that involve unjust killing and sacrifice to necromancy. And though the latter isn’t naturally considered to be a part of black magic, it is quite commonly said to be associated with it. Although black magic and witchcraft also have certain religious and cultural roots, it is still considered to be connected to Satanism historically as well as in terms of modern witchcraft.

Besides the selfish intentions associated with black magic that are so perilous that it can even cause harm to others, this type of magic is also dangerous for the practitioner performing such spells and rituals as it ends up taking a toll on them. This is probably the only part that movies and television series have portrayed a little bit realistically. As negativity and darkness attract more and more such bitter energies, it ends up making a home in the practitioner which often ends up in an ugly situation wherein the person performing black magic ultimately loses themselves amidst the decoy of the darkness.

And as dramatic as it sounds, it is quite unfortunately the truth. Even in one’s daily life, if a person is surrounded by negative energies and emotions, then they are most likely going to be affected by it too. And that’s more or less how black magic works too. Thus, this stark difference between white and “benevolent” magic, and black and “malicious” magic is what very distinctively sets the two apart.

Some Facts About Magic and Witchcraft

Here are some facts to fuel broaden your knowledge regarding different kinds of witches and their lifestyle:

So, now that you are fully aware of the different kinds of witches and their practice, off you go to perform your little spell!