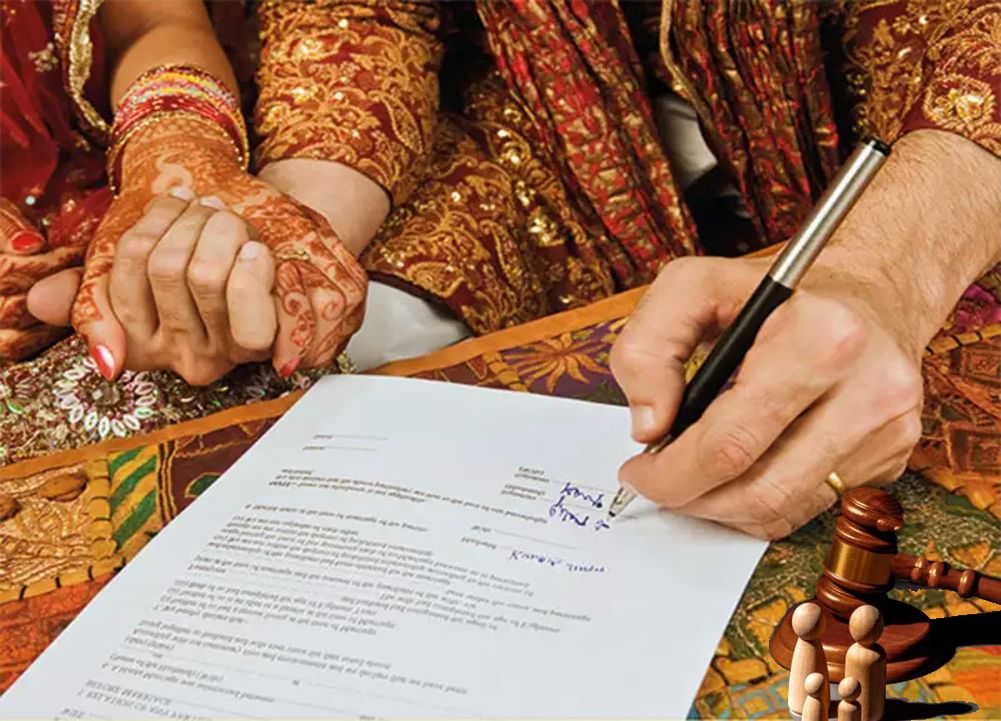 Court marriages in a country like India is quite a popular and easy way of marriage. Under the ‘Special Marriage Act 1954’ two individuals can get married by simply going through some paper formalities. It is a simple and economical procedure. Here you will know all about court marriages in India.

What is the meaning of Court Marriage?

In India, Court marriage is solemnized either by the Marriage Act of 1954 or The Special Marriage Act. According to these marriage Acts, two people belonging to the opposite gender can get married in a court only if the girl is above 18years of age and the boy is over 21years of age.

Court marriage can be solemnized between two parties belonging to the same or two different nations, irrespective of their caste, religion, or race.

The Hindu Marriage Act comes in force only if both the individuals wishing to get married are Hindus. In the case of inter-caste marriage, court marriage is conducted under the Special Marriage Act.

Court marriage is pretty simple but it requires some simple formalities beforehand. Here is the step-by-step guide of how one can go through the court marriage procedure in India:

Step-1: Giving a prior notice: The very first step begins with giving a prior notice of marriage to the Marriage Registrar of the district. It is called ‘The Notice of Intended Marriage’. This is done by filling a court marriage application form that is available at the office desk or can also be downloaded from the Indian government’s site. The application must be filed 30days before the date of marriage to make an appointment.

Step-2: Displaying the notice: This is an official step where the registrar will publish the notice of marriage at the office. This notice is to invite objections. Within the 30days period of notice, anyone can object to the marriage by giving legitimate reasons in the eyes of the law.

Step- 4: Certification: The marriage will be solemnized at that particular marriage office. After the signatures and other rituals, the registrar will register the marriage and the marriage certificate will be issued after 15-30days.

Following are the essential documents required for the whole process of court marriage:

Benefits of court marriage in India

Court marriage is a simple way of getting married and is beneficial too. Here are benefits of court marriage over traditional marriage:

Is court marriage good or bad?

Court marriage has its pros and cons as viewed by each individual. Some like it the grand way while others like it to be in a simpler and moderate way. Court marriages are good because it not just gives you a partner but also offers social and legal benefits.

It is unbiased and treats every religion and caste equal. Though it is not suitable for the one who likes to celebrate their D day in a grand way it surely is a faster process with fewer complications and gatherings.

Marriages are made in heaven but the way you would like to perform the enticing is your call. Court marriages are definitely simpler and have a smooth procedure rather than having a traditional wedding which is heavy on the pocket and takes a lot of effort and preparation.

Court marriages are socially and legally accepted and in fact come with many more pros to look upon as mentioned above.