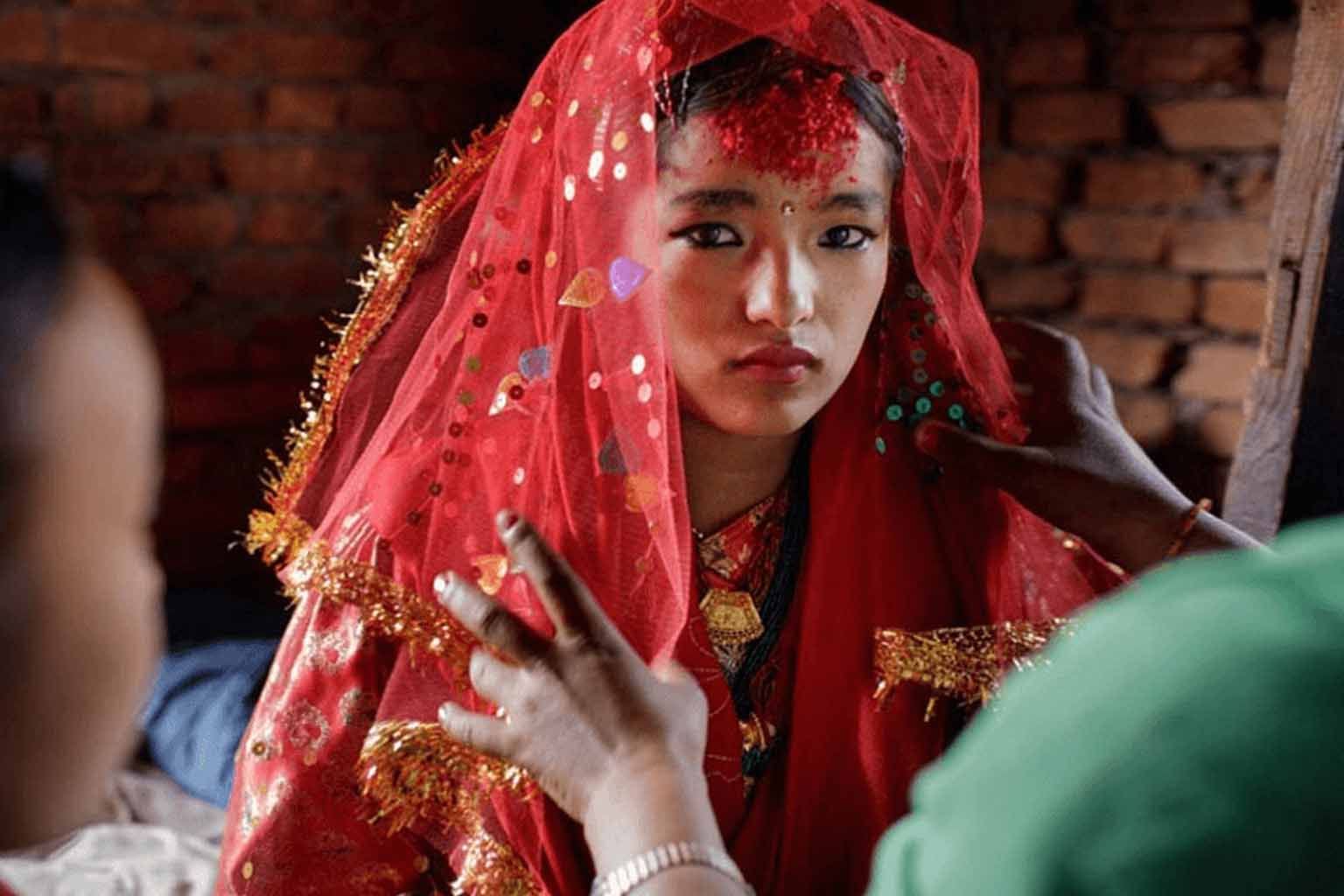 One of the most special days in a girl’s life is when she . A lot of girls have decided since childhood how they would want their wedding to be and would want to look as a bride.

But in childhood, it is more like an event where a girl wants to dress up as a bride; they do not understand the responsibilities and the importance of an institution like marriage.

Still, this special day turns into a nightmare for many girls in India, as their innocent fantasy is given an ugly turn, in the name of Child Marriage.

Child Marriage is a practice of getting children married at a very young age. It is a practice that is still prevalent in many parts of the world and is followed in the name of religion, culture and customs.

It is not just a basic human rights violation, but it also deprives a girl of her full potential and intends to carry on the cycle of oppression and harm to women. There are a number of cases of child marriage across India, the highest being in Rajasthan, Bihar and Bengal, with prevalence of nearly 40%.

More than statistical information, it is important to note that these are mere kids involved in such activities. In most of the cases, the girl is the one who bears the impact of early marriage.

Child marriage has major adverse affect on not only the psyche of the child bride but also her overall growth and life.

Most of the schools do not allow girls who are married to attend schools due to discriminatory laws. Due to social norms as well, many girls’ education is stopped and they are expected to stay at home and do household chores.

Many other reasons that stop a child bride’s education are pregnancy and shifting to her husband’s house, which might not be in the same city.

This impacts the child bride’s psychology by making her feel inferior and not letting her use her full potential to grow in life.

This also leads to her not getting aware of her rights, not understanding discrimination and not being able to voice against it.

Most of the child brides, as compared to girls married after the age of 18 have been subjected to abuse and domestic violence at a higher level.

Due to lower levels of education, higher vulnerability and mostly an age-gap, child brides are more helpless towards domestic abuse, also because they have mostly not seen any different from a young age; they think that it is justified for a husband to domestically abuse his wife.

This leads to her understanding that there are power dynamics involved and that she is weaker in comparison to her husband.

This may also lead to justifying domestic abuse to the extent that it becomes the norm of their lives. They often start living in fear and hopelessness, owing to the continuous abuse they are subjected to.

This can take a toll on the psyche of a child bride. Most often, it is the girl who is younger in comparison to the boy, and she might become the prey of power dynamics and that can lead to poor sexual health, trauma and sometimes, even death.

Psychological impact due to early marriage

All the abuse, stress and huge burden of responsibilities from a vulnerable, young age can have a terrible impact on the young child brides.

They might also feel a lack of identity and think that whatever abuse and treatment they are subjected to is what their identity is. They might lose all their self-esteem, if any was allowed to develop in the first place.

Early Pregnancy due to child marriage

The only thing worse than child marriage is child pregnancy. Many child brides accidentally or forcefully get pregnant and are often forced to carry on the pregnancy, without getting the choice of abortion.

Their young and not-fully grown bodies are not equipped enough to give birth to another human being. Therefore, early pregnancy can lead to several serious complications in a girl’s body and can eventually lead to death.

The impact of this is not only psychological but majorly physical. The uterus of these girls is not fully developed to carry a pregnancy. This often leads to premature deliveries or dead infants being born, which can have an ever-lasting traumatic effect on the mother.

Some reasons behind child marriage are some religious beliefs, historic references, cultural practices and customs. Often the reason given for marrying girls off at a young age is to protect the girl from committing the ‘sin’ of extramarital sex with someone she is not married to.

One reason given is that the kids are only married at a young age, but the girl is taken to the boy’s home only after she has grown up, a concept often known as ‘gauna’. Another reason given is that as the girl grows up, the expense of her dowry keeps increasing, so it is better to marry the girl off young.

All these reasons remain unjustified as the practice of child marriage is almost an evil practice that encourages crime and violence against women, and oppresses women, not allowing them to fulfil their dreams and ambitions in life.

There are many organizations like WHO, UNICEF, CARE, etc. who work towards fighting this evil practice of child marriage that is carried out as a practice of oppression and harm intended towards women and young girls.