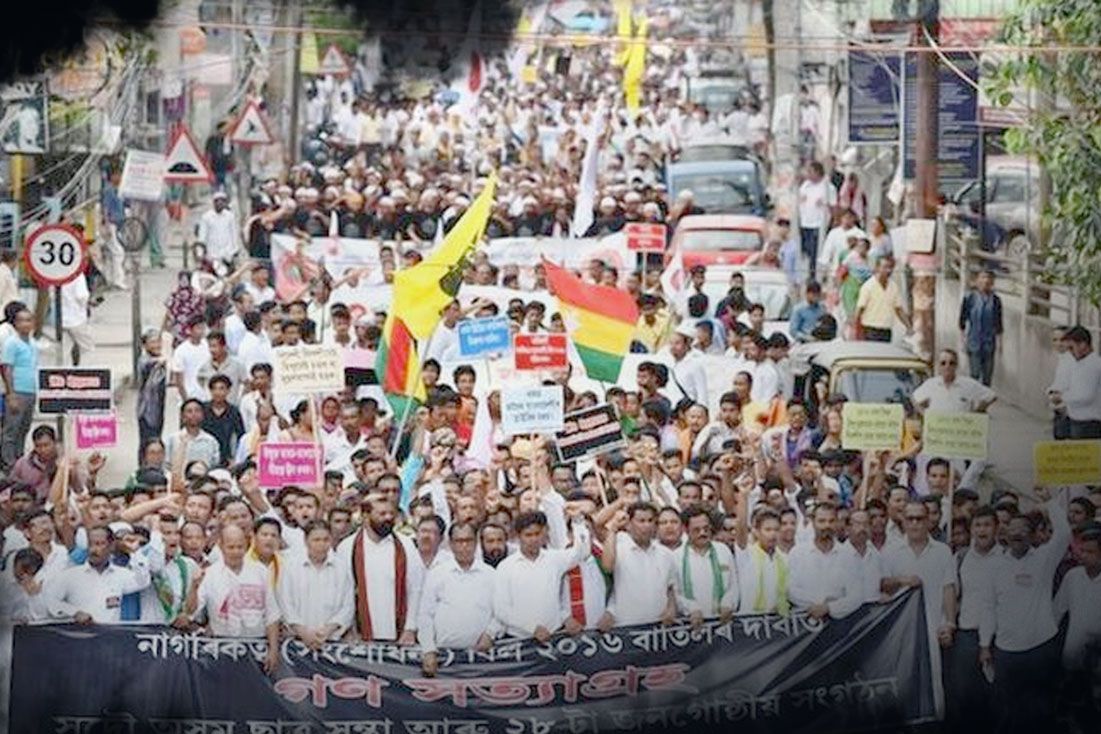 Horrific protests were witnessed by the Capital and other parts of the nation since Friday over the CAB bill. According to critics, it could make the minority community of Muslims further sidelined. Read more about Citizenship Amendment Bill.

Many university students became a part of these protests ranging from Aligarh Muslim University, Lucknow University to Delhi University, Jamia Milia Islamia University! While all this was happening, policemen played their part in the same through tear gases and bullets to mum the protesters, as a result of which at least five are dead in Assam as of now.

Delhi saw protest demonstrations by around 2000 students of Jamia Islamia, against the same I’ll reverberating bill. “Hundreds of people were injured in the protests, and dozens arrested, as well as significant damage done to the campus”-quoted Najma Akhtar, Vice-Chancellor, Jamia Islamia.

Owing to the statements made by police officials like Chinmoy Biswal, it has been recorded that-” The protest went on to become grave when some students refused dispersal, and set the public buses ablaze. Police then started using tear gas. Several students were kept in detention at two police stations, but have been released now. “

Fanatical rage against CAB has been surfacing for three days now, which was signed last week. The bill is accompanied by a promise to fastrack the religious minority’s citizenship. The religions listed under this list are-‘are-‘Hindus, Sikhs, Buddhists, Jains, Parsis, Christians from Afghanistan, Bangladesh and Pakistan’. But they will be included only if they have arrived before 2015.

To the utter amazement of people, Muslims haven’t been included in the list! The reason for which, as clarified by Prime Minister Modi is that they are no more minorities in the neighboring nations. This statement has further raised a question mark on the adherence of the Constitution.

Is it really being adhered to?

Isn’t this a rise of the Anti-muslim society??

Well, these questions are conscientious enough to be answered by sheepish throng!

People in Assam and other Northeastern states are enveloped in a state of fear. Their fear is inclusive of the question of whether Hindus will outnumber them in their own state making them change their ethnic structure and culture! All 200 vivid groups of Northeast came on roads to protest against the bill.

The larger debate is not just about the seclusion of Muslims but the inclusion of Hindus from neighborhood countries. The reason behind the same is that it can affect employment generation, economy and everything else which would result in massive devastation.

According to the population census, Bangladesh has around 16 million Hindus. Are we really in an economic state to conceive such a large population within India?

Are we in a state to fund such a huge loss of public property, and hence public monetary fund, when there are poor people dying on the streets due to cold weather?

Hanzala Mojibi, a 22 years old student was quoted narrating the incident-”I was among the group who ran from the police in advance towards the library. We were around 200-300 people, who were trapped within. We tried negotiating with the police not to use violence. But they surrounded us, took our phones and broke them. Further, they broke all the CCTV cameras. They abused and humiliated us. We were made to kneel on the ground for 30 minutes, and every time someone tried resisting, they would beat us in retaliation. “

Further, according to sources, Delhi CM Arvind Kejriwal has asked the police to restore the peaceful environment as well as he has drafted a message to Amit Shah to talk out the conditions going on in the capital.

Conclusively, the only thing that can be said about the bill is that it records a stern attack on the notion of secularism. Also, economically it is going to take India in a state of unrecoverable peril! It is neither about Hindu nor Muslims, it’s about the idea of a secular nation, a democratic nation where Article 14,19 gives us the right to raise our voices independently. It’s no more about violent protesters being shot, it’s about youth being killed through open firing. The idea of India needs to be saved. Normalcy needs to be restored!