Fight Like A Woman: Shaheen Bagh Protest Against CAA 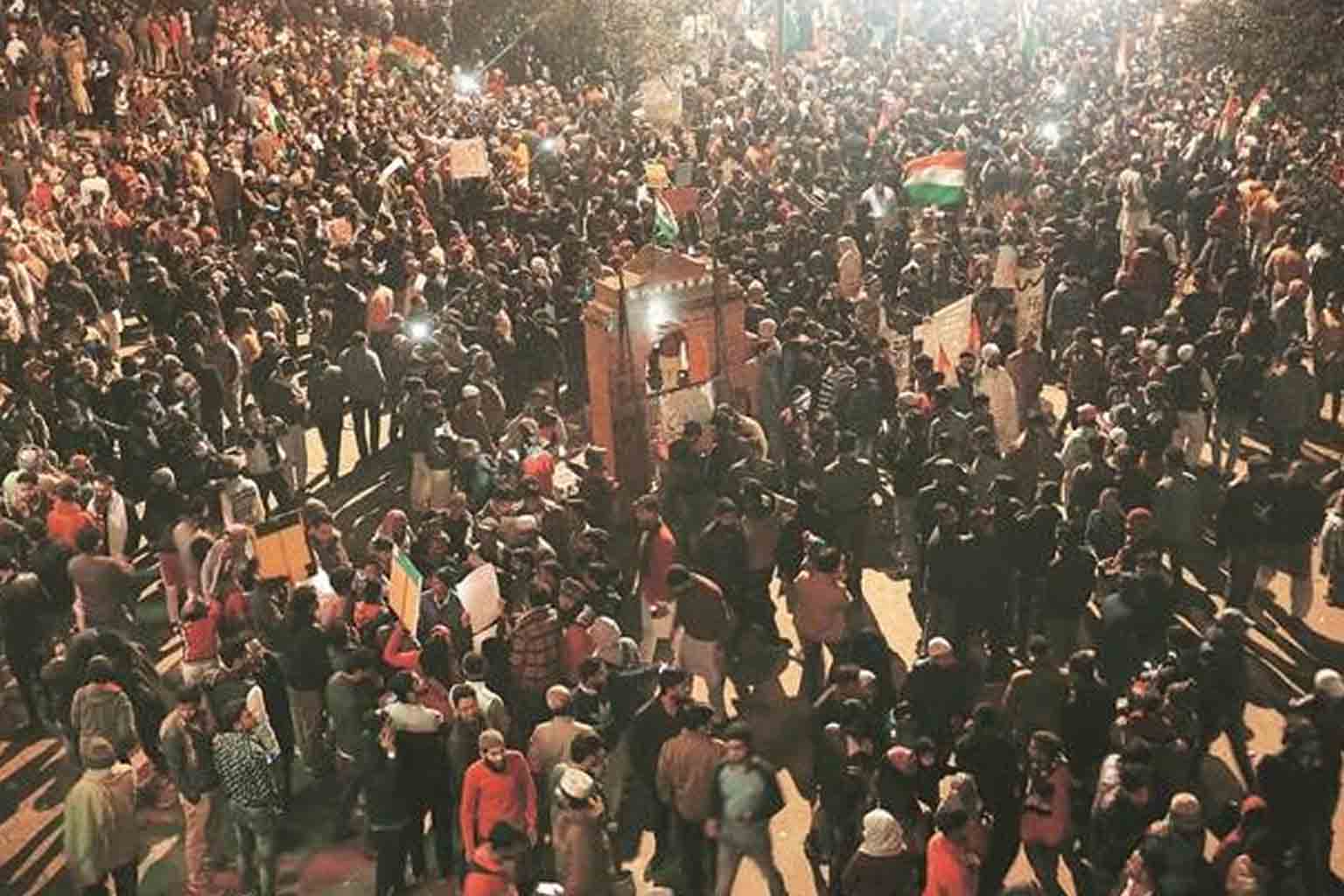 In India women are predominantly kept under purdah, to raise kids and maintain the house. But nothing is worse than a woman, rather a mother scorned, same happened in Shaheen bagh.  History is proof when the need arises, women have come to the foray to save their homes. The time has again arrived for women to come to the forefront. When the Modi government passed the Citizen Amendment Act that tries to change the definition of illegal immigrants in India. According to the CAA, Hindus, Sikh, Parsi, Buddhist and Christian immigrants from Pakistan, Afghanistan and Bangladesh would be fast-tracked to receive Indian citizenship.

The cut-off date is December 3, 2014. The government believes that it will protect minority groups from religious persecution in these 3 Muslim-majority countries. Along with the CAA, people are also protesting against the NRC (National Register of Citizens) and NPR (National Population Register). The NRC was implemented in Assam to identify the bonafide citizens from illegal immigrants, but the process left lakhs of people without an identity. The government now wants to implement it countrywide. It also wants the people to prove their citizenship based on how long their forefathers have been in the country while rejecting traditional identity documents like PAN card, ADHAR card, ration card and passport.

Money is flowing like water in these divisive schemes, while the countrymen reel under poverty, malnourishment, and societal vices. The first wave of protest broke out among students in premier educational institutes like Jamia Milia University, JNU, Aligarh Muslim University, and Jadavpur University. When police lathicharged on the peaceful protests by students at Jamia, all hell broke among the mothers and sisters across the country.

Shaheen Bagh: We The Women

Shaheen Bagh is a nondescript locality in South Delhi, where the houses are cheek by jowl, and is inhabited by mainly people from impoverished-working class families, across the street is a more affluent neighbourhood with gated society. Most residents of Shaheen Bagh aspire to live in those areas. That fateful night in December, the women rushed out in dissent at the atrocities on the Jamia students. A handful of ladies sat down in solidarity, there were no tent, no media, only a will!

Soon it attracted hundreds of women from across Delhi.  This is modern-day Satyagraha- in the spirit of the Father of our Nation. It is an extremely peaceful congregation that raises slogans, read the Preamble to the Constitution of India and vow to carry on steadfastly until the government revokes the law. They have braved the biting cold and persevered with the sit-in. The new decade in the protest site was rung in by singing the National anthem. Everyday thousands of ladies congregate there, on one weekend the number rose to 150,000. It is more than any political party could ever gather in one of their rallies.

The ambiance is electric, it will ignite your soul with patriotic fervour, it will make the meek raise their voice for Azaadi. The protest has blocked a part of the highway connecting Delhi to Noida. The men wait outside on the sidelines, helping their wives, sisters, and mothers in their cause. There are no political colours just the tricolour flying proudly in the smog-filled sky of Delhi. The ladies who hail mainly from the Muslim community and are now being joined by their sisters from every community, across the country. The police wait for a hint of trouble but their wait has been futile till now and will be in the future too.

Women The Face Of The Protest

So why have women come out on the streets? Women in this country are often first-generation learners, who had to struggle to earn their right to education, to win against patriarchy. Also, many women, especially from rural areas and economically backward families, were born at home, and often don’t have a birth certificate and due to lack of formal education nor do they have any education certification. Women often don’t possess immovable property in their name, and they spend their life being under the “care of” their father and husband.

CAA, NRC, and NPR not only discriminates against people from a certain religion but also threaten the fundamental fabric of our country. Our country fought collectively to gain independence from our colonizers and today instead of progressing forward, we are moving back into a fascist environment.

Women Won’t Back Down

The Shaheen Bagh women have inspired other women across the country. Similar protests are brewing up in Kolkata, Gaya, Lucknow, Hyderabad, and Bangalore. In Kolkata, women have taken the streets in Park Circus, and everyday new protesters join them in solidarity. UP saw the biggest backlash and atrocities against Muslims by the police. The stories in the press have made us aghast. The women who were forever hidden behind the curtain have taken siege in front of the famous clock tower of Lucknow and are raising their voice. The police came and took their tents, bedding, and food. By evening fresh supplies were procured and the ladies even offered this to police themselves, who was left shamefaced and biting the dust.

In all these protests you will find women of various ages from newborns to old great grandmothers. They are there fighting for their children’s security, for their home and homeland. They have been accused of taking money for the protest, the men have been mocked that they seep in peace while they have sent the women out on the streets, but all these jibes has only made them more firm in their stand. It has been seen that protests by women have the power to withstand time and external force. The Chipko movement and the Narmada Bachao Andolan are landmark movements spearheaded by feisty women.

If the government has decided to not revoke the law, so have the women vowed to not relent either. The country is coming together, irrespective of religion, caste, and creed. It feels like we are fighting for independence again, and this time the march for liberation is being led by the women. When Aishe Ghosh, the JNU student’s union body president and others were beaten up mercilessly with law enforcers being mere spectators, students everywhere stood up for their peers. Mothers are our biggest protectors! Let’s hail these Bravehearts. I came across this wonderful couplet, a parody of an old poem, and it stuck with me.