How Does The Culmination Of Drinking And Exercise Affects Our Health 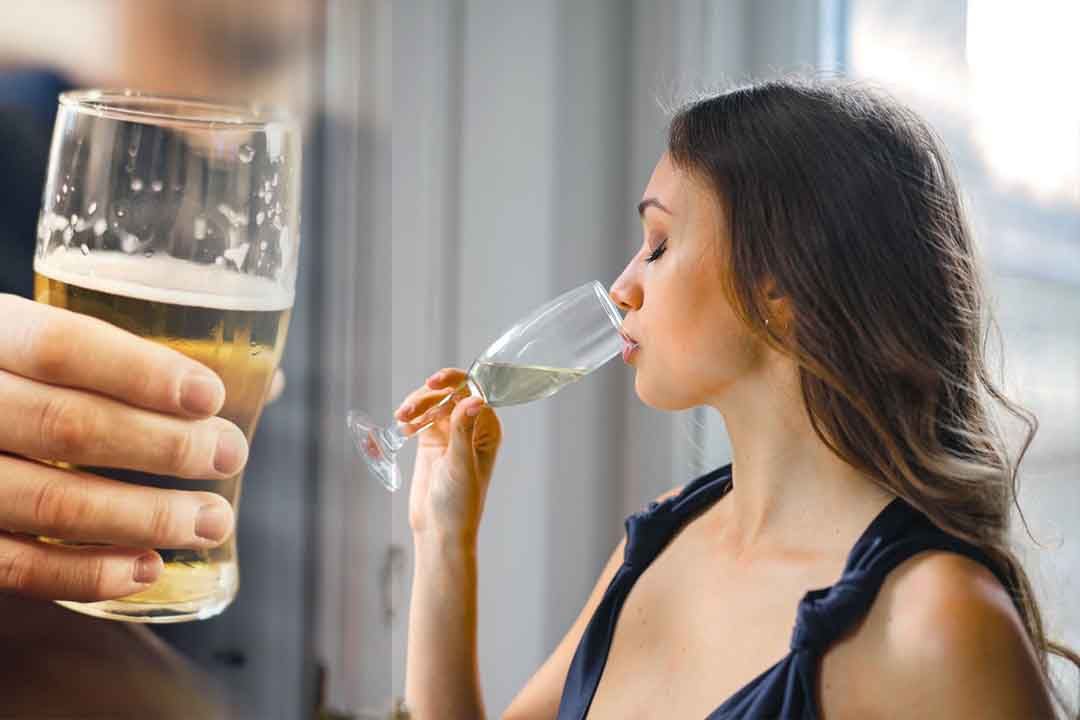 Can you exercise after drinking alcohol: Ever heading out for a workout and got a text from a friend asking to meet over some chilled beer? Do you also think that having some pre-workout drinks is not a big deal after all?

Well, you are not alone. Most of us think that a few casual drinks would do no harm and give you a little boost of energy. But, that’s where we get mistaken. You must be aware of the popular warning sign – don’t drink and drive. But have you heard of the phrase – don’t drink and exercise? But just so you know, don’t drink and drive doesn’t just apply behind the wheel, it applies for exercise too. Boozing before exercise can devoid you of that athletic spirit and hinder your workout. Read on to find out whether can you exercise after drinking alcohol and how it affects us.

Can You Exercise After Drinking Alcohol?

After you consume alcohol and it enters your body, the alcohol is absorbed into your blood through the stomach and the small intestine, from where it travels through the bloodstream and affects major parts of your brain.

The symptoms of alcohol are likely to be experienced around 10 minutes after the first drink. The effects will then become fully apparent after about 30-90 minutes and will then be carried through all the organs in the body.

Most of us are aware of the detrimental effects of alcohol, such as skin flushing, poor vision and balance, disruption of the immune system, and stomach disorders. It may also induce elevated blood pressure, and frequent heavy alcohol consumption may contribute to heart disease.

Is it bad to Drink Alcohol Before Working Out?

The most apparent effect of working out after consuming alcohol is impaired coordination, concentration, and judgment.

Sometimes, just one or two drinks are enough to make you lose control, focus, decision-making and reaction time. This suggests that you might potentially injure yourself, or anyone around you, in a multitude of ways; even if you believe that you ‘re just fine. You may not be aware of it but there are a plethora of reasons to reconsider the decision to drink before your workout. Some of the major effects of working out after consuming alcohol include:

One common alcohol-drinking effect is dehydration. Alcohol functions as a diuretic, which induces further urination and fluid depletion. Since you will lose water by sweat when exercising, you will need more liquid to adequately replenish the body through the workout so if you work out after a glass of wine or beer. The additional water loss may intensify the dehydration that your body already feels. That’s not only risky but would also lower your efficiency while exercising.

Affects your energy levels and endurance

Alcohol tends to take a toll on your energy levels and endurance during exercise. As you work out the pulse rate will speed up, the muscle’s blood flow will dilate, and the pulse must pump blood through the tissues and enable them to fuel with oxygen and glucose. But the blood vessels in your skin dilate and rob blood from your muscles while you consume alcohol, the alcohol competes with glucose as a fuel, and the capacity of the body to function properly to utilize glucose to provide you strength during the exercise is hampered.

Also, alcohol is stored as fat in your stomach so it would lead to that dreaded beer belly. It has also been found that athletes who drink before working out have poorer protein synthesis. Protein synthesis improves muscle size and assists in muscle regeneration, which has an effect on endurance and building energy. Alcohol will also make testosterone less accessible to the muscles over time, and testosterone also plays a major part in muscle regeneration and development.

It’s still okay to consume a little alcohol if you are doing moderate exercises, such as biceps, jogging, or cycling. But if it’s your weight lifting or cardio day, or you do anything that requires you to display maximum strength, you’ll definitely feel the alcohol’s consequences.

Alcohol will impair your concentration, response speed, and fine motor abilities. Drinking too much could cause you to lose your equilibrium and slip or fall. As you need to be stable on your feet when lifting weights, consuming alcohol beforehand would raise the chances of injury.

Even if you’ve had a few beers, don’t attempt workouts or practices that require a lot of focus, coordination, or strength, such as running, meditation, or lifting heavy lifts. Also, avoid playing any team sports because your motor coordination is technically off. So, there are chances that you may hurt yourself or your teammates.

Sipping on beer after beer before a workout can cause the pancreas to secrete its digestive enzymes within, rather than transfer them to the intestine to digest nutrients properly. It will inflame the pancreas and impede essential nutrient delivery — such as thiamine, folic acid, and zinc to the bloodstream which could lose you the athletic oomph and energy while working out.

Can you Exercise After Drinking Alcohol?

So, in conclusion, while planning to workout out, your best bet would be to skip the alcohol.  As far as being intoxicated during exercise is concerned, this is clearly not a brain: alcohol affects focus and coordination, making anything from the completion of a game to the completion of a rep a difficult and dangerous task.

Well, it’s still not completely bad news. Alcohol before workout is okay if taken in moderation. Let’s say, 1 or 2 small shots of vodka or rum are fine. How easily alcohol enters the small intestine is decided in part by what else is in the stomach. So to slow the absorption of alcohol make sure you snack something while you are drinking

It is recommended that you give your body some time to metabolize alcohol before you exercise for one hour if you had one drink, and for two to two and a half hours if you had two drinks. And if you are having more than two, then maybe just skip it. It’s crucial to note that each individual may have a specific level based on their genetics and alcohol tolerance, but that the goal is to ensure that you’re performing a safe workout that won’t put you or the people around you at risk.