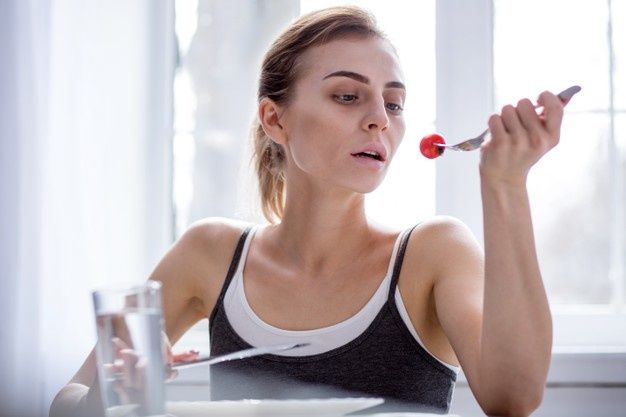 Mind and body work together to make a person happy and healthy this disease is called Bulimia Nervosa . Many people fear gaining weight, thinking they might look ugly and awful to others, and judge themselves based on their body shape or weight. This whole perspective leads to the damage to the body but also your mental health.

Bulimia Nervosa is that eating disorder that makes you feel miserable about your body and makes you force yourself to adopt excessive measures that can be harsh and most times, life-threatening. So, if someone has bulimia nervosa, they must be treated as early as possible with proper counseling and medications. Read on to find out more about Bulimia Nervosa, its symptoms, and how it is treated!

What is Bulimia Nervosa?

Bulimia Nervosa is an eating disorder that is commonly known as bulimia and is a serious condition that involves binge eating in a short period, the person finds themselves unable to stop eating. This is followed by purging, which are the steps to compensate for overeating, such as fasting, self-induced vomiting, or excessive exercising. People who have bulimia nervosa develop unrealistic body image and are obsessed with their weight, even though many people with bulimia are of normal weight. Women, in particular, are more likely to struggle with weight and body image issues. However, this eating disorder is common in both women and men.

It is a cycle of overeating and purging to compensate for it. This obsessive behavior and intense feeling of shame and disgust with one’s own body causes a lot of health problems. Bulimia nervosa peaks during early adulthood. Although it can occur in people of any sex, age, race, shape, and size. Although it affects more women than men.

Bulimia nervosa can have many symptoms and it can affect your daily life, relationships, and social interactions. It can cause serious health complications which may even be life-threatening at some point. People with bulimia nervosa may go to certain lengths to make themselves sick and ultimately harm themselves. This eating disorder may put severe mental distress on the person.

Different people have different symptoms of bulimia nervosa. These symptoms can be physical and mental as well. People with bulimia may be of normal weight which makes bulimia hard to diagnose. Nutritional deficiencies and chemical imbalances inside the body that develop over time and can cause these symptoms:

These were some common physical symptoms of bulimia nervosa. However, there are many psychological symptoms as well, such as:

The exact cause of bulimia nervosa is not known. Many reasons and factors can contribute to the development of bulimia nervosa. Eating disorders are not always related to food itself. People with mental health conditions are most likely to have bulimia nervosa and it can also be common for people who have a strong need to meet social expectations, are influenced by the media, and have unrealistic body image.

Other factors may include anger issues, depression, anxiety, past trauma, and impulsiveness. Some research has also suggested that bulimia can be hereditary as well. This eating disorder may begin with body dissatisfaction and low self-esteem.

How is Bulimia Nervosa Diagnosed and Treated?

If you are experiencing most of the symptoms of bulimia, seek medical help as early as possible. This disorder should be treated or it can impact your health severely. Talk to your doctor immediately and candidly talk about your health and feelings. If your doctor suspects that you have bulimia nervosa, they’ll probably ask you some questions about your eating habits, if you’ve lost or gained weight and whether you have any symptoms (physical or psychological). They may also do blood and urine tests.

Tests may also include kidney function tests or ECG to see if your health has been affected by purging in any way. The main goal of bulimia treatment is to break the cycle of binge eating and purging, correcting deformed thinking patterns, and develop long-term changes in behavior. So, how is an individual suffering from bulimia nervosa treated? Well, the treatment may involve medications and psychological and nutritional counseling. Medications may include antidepressants and selective serotonin reuptake inhibitors.

Psychological counseling includes changing the thinking and behavior of a person with this eating disorder. This can comprise techniques for developing a healthy perspective towards food and weight. The types of psychotherapy used in this include:

Nutritional counseling involves registered dieticians or counselors who can help you eat more healthily so that you can get rid of purging and unnecessary eating. This was all about bulimia nervosa, its symptoms, causes, diagnosis, and treatment. Remember to check up on yourself and not overthink about your body or weight. Get help and do not get so hard on yourself.