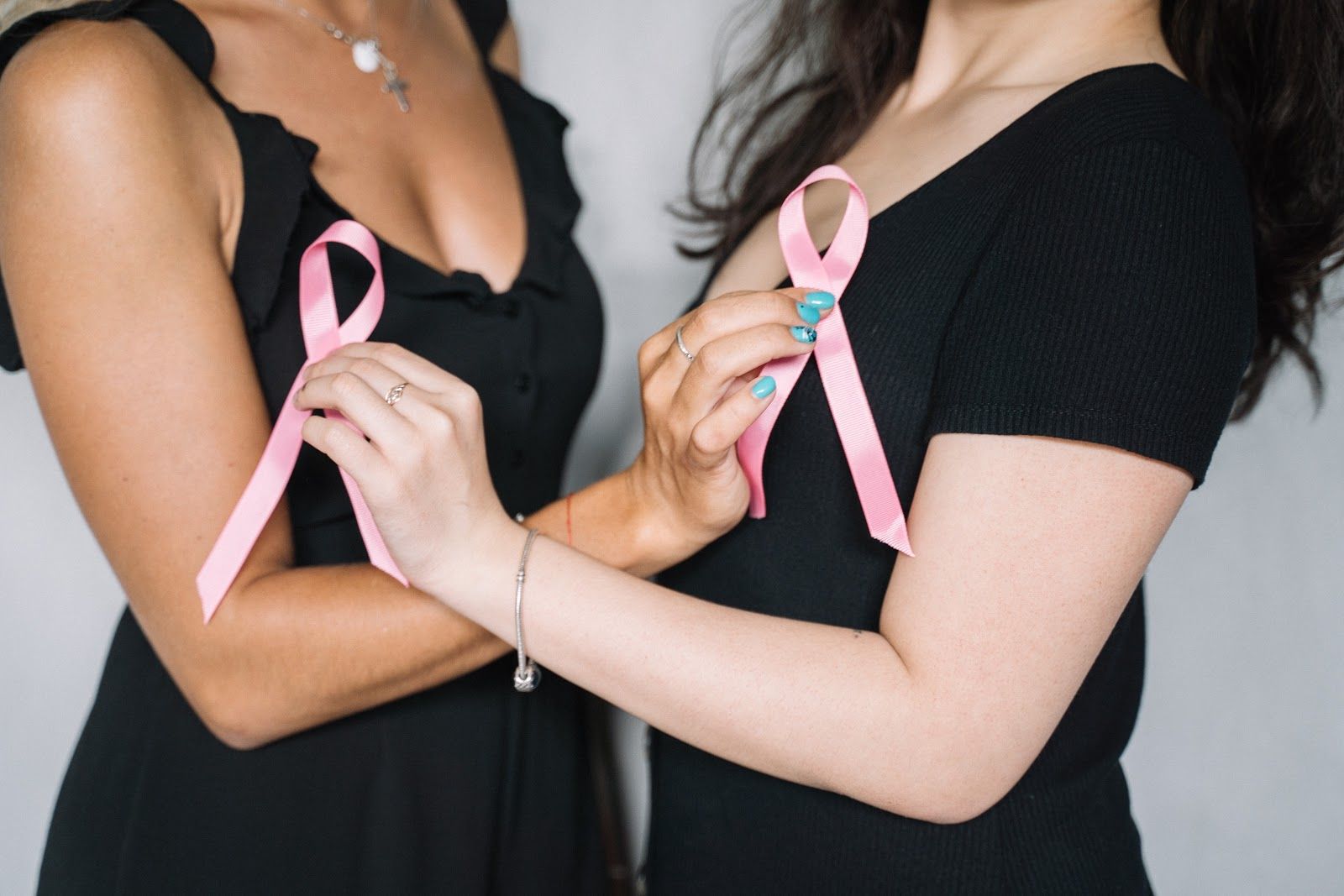 Thinking about any kind of major illness can cause anxiety over your health and well-being. Though we all know that our time here is limited, we seldom dwell on all the possible ways in which it can end. Hence, a lot of us tend to live in blissful ignorance than cautious awareness. While keeping ourselves away from all this knowledge can put us in a temporary comfort space, it also increases the risk of us not being able to recognise certain risk factors.

One of the major illnesses is cancer, a disease in which the cells in a particular region of the body go through unnatural growth and division, which destroys the healthy cells. There are many kinds of cancer depending on the area they affect but one of these is breast cancer.

Breast cancer is a kind of cancer than starts in the breasts when cells begin to divide rapidly, showing symptoms such as breast lump, thickening or swelling of a breast, nipple discharge other than milk, such as blood, changing of size and shape of the breast, etc. There are various types of breast cancer such as ductal carcinoma, phyllodes tumours, etc. Hence, it is not a type of cancer that can be confined to an obvious set of symptoms and constant vigilance is required.

If you are biologically female, you automatically have a higher breast cancer risk. This is because a female’s breasts form much more definitely than a male’s do. Other factors such as pregnancy, etc also add to the risk factor. Hence, it is most important to spread awareness about breast cancer so that more and more people know what to watch out for.

It is hard to trust information in the age of technology when fake rumors are so easily forwarded through text messages. As a result, there are a lot of breast cancer myths that are believed by innocent people with no medical knowledge.

The first step to spreading best cancer awareness to eradicate all the myths about breast cancer, so that people do not become afraid because of baseless facts and know the correct ways of being careful.

This is one of the most common myths about breast cancer because people tend to think they are immune to it if they don’t have any known cases in their blood relations. But the truth is that only 5 to 10% of cases of breast cancer are due to inherited genes. Most of the times, breast cancer is caused by other factors such as sex, environment, lifestyle, etc.

Having a family history for breast surely increases the risk of acquiring it, but this is not the sole deciding factor. If you do have a family history, make sure to inform your physician about the same.

This is another one of those breast cancer myths which you may have seen as a forwarded text on your family group chat. The link between breast cancer and these products has been studied, but no concrete proof has been found to this date. Fake information like this can lead to people not following proper hygiene by not using antiperspirants out of fear.

Myth 3: Men aren’t at any risk of breast cancer

This false notion is probably because we tend to associate breasts with those that are biologically female and most of breast cancer posters or information seems to be given in the context of women. While it is true that women are definitely at a much higher risk of breast cancer, a certain percentage of patients are also biologically male.

For men, since the breasts don’t develop fully, it can be easier to detect a lump or a hard mass, usually in the nipple and areola area. Even if you are biologically men, be sure to thoroughly examine your body for any kind of changes, not just in the context of cancer, but as a general health awareness rule.

Myth 4: Finding a lump in your breast is a sure symptom of breast cancer

This is one of the myths about breast cancer which stems from the fact that most media portrays women detecting a lump as a sign of cancer. But this is not fully true, as a lot of times, in the early stages of breast cancer, there are other symptoms such as retraction of nipple, swelling of breast, skin irritation or dimpling, flakiness of nipple skin, etc.

Most of the lumps in the breast turn out to be benign but it is still important to have them checked out, to find out for sure.

Instead of waiting for a lump, regular self-examinations and mammograms should be done so that any abnormalities or disfigurements in the breast can be detected early.

Myth 5: Wearing bras or having breast implants increases your risk of breast cancer

This is a much-circulated myth about breast cancer, even if there are no actual facts to prove it. A lot of rumours will have you believe that wearing a bra, especially an underwire bra can increase your risk of breast cancer. However, this is not true and probably stems from the fact that underwire bras are usually worn by women with larger breasts, which means they have a higher amount of fat, which is the risk factor, not the bra itself.

The same goes for breast implants because no research has proven that they increase the risk of breast cancer.

Myth 6: Getting IVF could cause breast cancer

You may have heard people say that in vitro fertilization (IVF) increases your chances of getting breast cancer, but this again is not true but instead, a misinterpretation of facts. A lot of this idea comes from the fact that a lot of women who get IVF usually do breast check-ups right after, resulting in a possible early diagnosis. So, it is just that women go get IVF sometimes manage to detect their breast cancer at an early age, rather than being more susceptible to it.

The month-long period from October 1 to October 31st is known as the breast cancer awareness month, in which campaigns are taken to distribute information among the public about breast cancer so that the various breast cancer myths can be eliminated. Its usually symbolised by a pink ribbon.

Of course, we can never control all the risk factors that surround us, especially when so much about cancer is still a mystery. But we can still be vigilant by performing regular self-exams and following a healthy diet to put us one step ahead in this fight against breast cancer.