Is Birth Control Patch The Best Form Of Contraception? 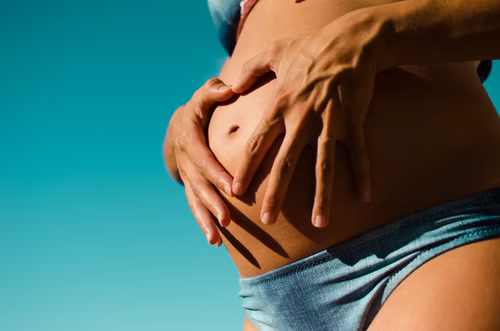 Teaching the young generation about sex education is crucial. Healthy discussions on sex not only help build gender identity and establish boundaries but also encourage teenagers to practice healthy sex habits, including the use of contraception like birth control patch. Research has shown that children and teenagers who are denied sex education are the ones who end up making bad decisions. This happens due to ignorance and misinformation.

What is the Birth Control Patch?

How does the Birth Control Patch Even Work?

If you are interested in knowing the science behind it, we have got you covered! Like most contraceptive methods, the birth control patch prevents pregnancy by stopping the sperm from fertilizing the egg.

The patch consists of two man-made versions of the female hormones, estrogen, and progestin. These are similar to the hormones that the body produces naturally, and the ones found in birth control pills.

When stuck on the skin, the body absorbs the hormones from the patch. The hormones are intended to stop ovulation. The hormones block the ovaries from releasing eggs, thus preventing pregnancy. Additionally, the hormones thicken the cervical mucus which blocks sperm from swimming to the eggs. To reach its full effect, the patch takes one week after you initially started using it.

You can wear the Xulane birth control patch on your upper arm, back, belly, or butt. The Twirla patch is most effective when worn either on the belly or the back.

How to Use the Birth Control Patch?

As we said, to activate the patch’s full potential, you will have to use it correctly and wear it one week before. Making a mistake in the process could lead to pregnancy, therefore, you should be extra careful.

Here is a step-by-step guide that will help you use the birth control patch correctly:

Both the Twirla and the Xulane birth control patch come with instructions. Make sure you carefully read and understand those before going ahead.

The failure rate for the birth control patch is less than one percent for women who use the patch correctly, following all directions. To increase the effectiveness of the patch, use it on the same day every week. The advantages of the patch include a high rate of birth control effectiveness, regulation of menstrual cycle, and shorter periods with less flow and less cramping.

Just like any other contraceptive method, the birth control patch comes with risks as well. The risks include stroke, deep vein thrombosis, heart attack, and pulmonary embolism. However, the risks are most common in women who are over 35, have diabetes, high blood pressure, smoke regularly, or have genetic blood clotting diseases.

If you fall into these categories, make an appointment with your doctor before you decide to go on the patch. It should also be noted that the birth control patch is only effective in preventing pregnancy. It doesn’t protect you from sexually transmitted diseases. To protect against STDs and prevent pregnancy, use condoms.