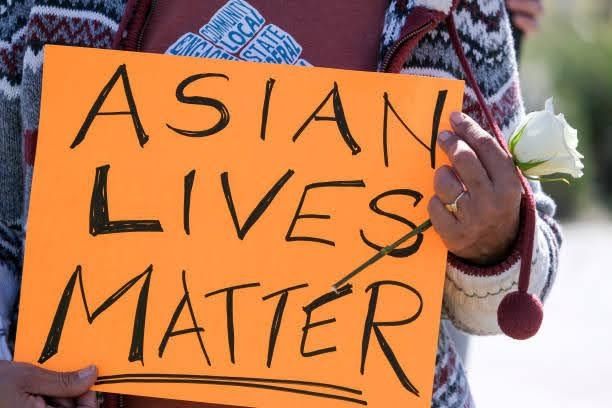 COVID-19 wreaked havoc in 2020. Thousands of people lost their loved ones, many people had to leave their job and the whole world came to a global standstill. However, these were not the only downfalls that were associated with the global pandemic. The pandemic led to an increase in the rates of violence against Asian people in different parts of the world, especially in America.

In an alarming report published by the FBI, it had been noticed that there had been a 58% upsurge in the violence rates against Asian people with the recent inclusion being the shooting in Atlanta which resulted in the death of six Asian women and two others.

What has led to the rise of anti-Asian violence? What have been recent cases of fatalities? What are the measures taken for the security of the Asian people? If you are also curious to know more, continue reading the article then as we share with you all the details of the uprising.

What has Led to the Increase of Anti-Asian Violence?

Recent uprisings in violence against Asian people are believed to be linked to the rhetoric blaming on the people of Asian Descent for the COVID-19 pandemic.

White House press secretary, Jen Psaki in a recent interview said that there was no doubt in believing that the violence increased especially after former president Donald J. Trump repeatedly called the virus a Chinese Virus and tried to establish that the Asian countries were largely at fault for spreading the pandemic. This bought the Asian communities directly under the cases of racial scapegoating.

It was observed that the attacks against Asian Americans in NYC were described as COVID hate crimes where the assaulters believed that the Asian community was responsible for spreading the virus and the destruction that followed.

There also has been a surge of anti-immigrant and anti-Asian sentiments in the past year on different online platforms.

Some of the other reasons that were supposedly linked to the rise of anti-Asian violence were the lack of representation of this minor community in the legislatures. Asian populations are one of the fastest-growing populations according to the US census, however, there is very little or no media coverage for the community.

And it has also been seen that most federal agencies do not include the Asian communities in their definition of a racial minority. Therefore, most of the time, Asians have been seen acting as a scapegoat for any sort of racial violence.

What were the Instances of Anti-Asian Violence?

As mentioned earlier, the past year alone noticed a rise of 58% of violence against people of Asian descent. These included physical attacks, slurs and shunning. The advocacy group of Stop AAPI said that it received around 3800 reports during the pandemic period alone. These reports increased as 2021 began. And most of the hostilities were disproportionately indicated at women.

Some of the most brutal assaults that were bought into the limelight were:

Apart from these outrageous acts, there were several instances seen online too. Restaurant employees, shop owners said how they were thrown racist slurs at and how for the fear of their lives, they were not able to continue their jobs or get out of their homes for a vast stretch of time.

And the recent event that finally brought the media’s attention to the rising anti-Asian violence was the recent Atlanta shooting which took place on Tuesday, March 17, where a 21year old, Robert Aaron Long killed eight people in massage parlors of Atlanta.

Out of those eight, six were of Asian origin. The officials are yet to confirm that the gunfire had a racist motive, however, killing six Asian people was a too uncanny coincidence at the time of the upsurge of anti-Asian violence.

What are the Preventive Measures Being Taken?

We can understand that former President Donald J. Trump played a significant role in elevating anti-Asian violence. Twitter noticed an 85% surge in hate against the Asian communities after his Wuhan hypothesis.

And repeated mention of the COVID-19 virus as the Wuhan virus or the Kung flu, escalated the violence quickly. And therefore, one of the most important measures that President Joe Biden did on his very first week of Office was the signing of an executive action that banned the use of such language and terms within the government.

With the recent Atlanta shooting, President Joe Biden also took to his Twitter and said that he acknowledges the pain the Asian-American communities have been facing for the past few months and promised that every possible measure would be taken to prevent further attacks on the Asian communities.

Vice president Kamala Harris who is the first Asian-American to hold the office, during a meeting on Wednesday said she completely understands how frightened, shocked and outraged Asian people are after the attacks and she stands by communities and the matter would be given of utmost importance.

California congresswoman Judy Chu is making sure that the US Department of Justice expands efforts in reporting, tracking and prosecuting hate crimes against Asian communities.

And on the other hand, police patrols have been increased especially in those areas which have a rich Asian population. In a recent interview with the New York Times, spokesperson for the police departments said apart from the increased patrols, they would try their level best to support the Asian communities.

California lawmakers are also trying to do their best. They have allocated a lump sum amount to the state funds for enhancing the process of data collection, advocacy resources and recovery initiatives for the affected.

Several measures have also been enforced upon in the past few days to ensure complete protection of the marginalized communities from racism.

And on social media, several celebrities talked about the injustices hurled at the Asian countries. Rihanna, Sara Sampaio, Pharell, Rina Sawayama took to their social media platforms to extend their support for the affected Asian communities.

They also expressed their condolences to the women deceased in the Atlanta firing. Their support hopefully will bring more media attention to the upsurge.

The past century has not only been the time when Asian communities have come under the heat of racial scapegoating. The Chinese Exclusion Law in 1882 where immigration was made illegal and the existing Chinese-Americans were denied citizenship in the States cannot be forgotten. It got revoked but eventually again put into force in 1943 with the establishment of Japanese-American internment camps.

Hopefully, history will not repeat itself and with big countries like the United States Of America coming forward in helping the Asian communities, the incidents of anti-Asian violence will be carefully looked into.

Till then we can just hope that the time will come soon where Asian communities in other countries will be able to lead their lives without facing any terror or being a subject of racial terrorism.