All That You Need To Know About Menstruator & Menstruation 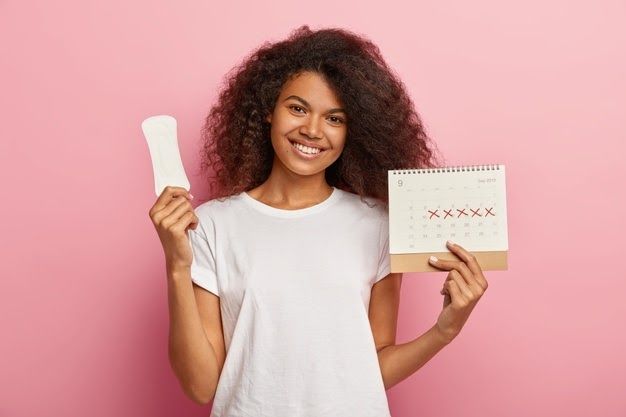 Menstruation is something almost every woman goes through. It is one of the most difficult days of the entire month. People take menstruation very casually and don’t know what goes through with a woman while she is menstruating. It becomes very easy for people to feel that they can empathize with a menstruator, but unfortunately, that’s not the case. What people need to understand is that each body is different and reacts to menstruation differently. For the people who are here to gain a little more knowledge on what menstruation is, we’ve got your back! Keep on reading as we define menstruator and all things related to them.

Who is A Menstruator?

So, the menstruator definition is more of a gender-inclusive terminology that means the people (women/transgender men/non-binary) who go through a menstrual cycle or periods.

Menstruation, often known as getting your period, occurs when blood and tissue from your ovaries flow into your vaginal canal. In general, it occurs once each month. Each month, your menstrual cycle aids your body's preparation for conception. When you're not pregnant, it will lead you to have a period. Hormones like estrogen and progesterone regulate your menstruation cycle and periods. The question that you might be pondering on is how this happens, allow us to guide you through it.

What Happens During the Menstrual Cycle?

Here is a gist of what goes on during the menstruation cycle.

Also Read: Menstruation: Not A Taboo

There are various reasons as to why that one might face a period problem, here is all that you need to know. Although pregnancy is the most likely explanation for interrupted periods, additional medical and lifestyle factors can also influence your menstrual cycle. The other reasons might be:

Gonadotrophin-releasing hormone (GnRH), which is a hormone that governs ovulation and menstruation, is disrupted by high levels of stress. A postponed period can be caused by both physical and psychological stress. However, the amount of stress that might cause this impact is generally more than just having a bad hair day.

Extreme exercise can affect ovulation and menstruation by causing changes in pituitary and thyroid hormones. A one- or two-hour workout every day should not affect your menstrual cycle. These hormonal changes require endless hours of strenuous activity each day to develop.

Turner syndrome and androgen insensitivity, both of which are evident at birth, are known to induce menstruation and reproductive issues. Amenorrhea is frequently related to certain congenital disorders. Serious conditions such as pneumonia, heart problems, renal failure, and hepatitis can result in fast weight loss, nutrient deprivation, and hormonal disturbance. Delayed menstruation can also occur as a result of these situations.

Your body clock might be thrown off by altering schedules. Your period can be rather unexpected if you often switch work shifts from mornings to overnight, or if your routine is typically all over the place. Although a shift in your routine is unlikely to cause you to skip your period entirely, it may cause it to begin earlier or later than anticipated. If you have jet lag, your period can be thrown off by a few days.

Irregular periods are linked to a high body mass index (BMI), and losing weight can assist overweight people to control their menstruation cycle. Menstrual cycles are sometimes disrupted by being significantly underweight. Whenever the body lacks fats as well as other nutrition, it struggles to produce hormones as effectively as it should.

In healthy women, a regular monthly cycle should last 21 to 35 days, however, this might vary. This is particularly true for teenage girls who are just beginning to have periods, or for females who haven't had a period in a long time and are just getting back on track. A teenage girl who has just had a few cycles could go months without having another one before establishing a normal cycle pattern. Women who haven't had a period for a while owing to contraception, hormone medication, or illness may take a while to restart regular, monthly cycles.

When do Periods Begin and Stop?

Blood pours out of your vaginal opening at some point during adolescence, and it is considered your first cycle. The majority of people start having periods between the ages of 12 and 14, however, some start earlier or later. It's impossible to predict when you'll get it. You might even feel a few symptoms of PMS during that time. If you haven't had your cycle by the age of 16, you should see a doctor or nurse. Menopause is the term for when most women cease to get their period between the ages of 45 and 55. Menopause might take a couple of years, and periods typically change gradually. You won't be able to get pregnant once you have reached menopause. Your period may begin and end at the same time as it did for other people in your family, such as your mother or sisters.

PMSing? Know what it means?

Mood swings, sensitive breasts, food cravings, lethargy, irritability, and depression are all symptoms of premenstrual syndrome (PMS). Symptoms have a definite pattern of recurrence. Premenstrual syndrome, on the other hand, can cause physical and emotional changes that range from hardly visible to severe. You do not, however, must let your problems dominate your life. Therapies and alternative modifications can help to decrease or control premenstrual syndrome.

Some people have periods and some don’t. And there are a lot of reasons as to why a menstruator might not get their periods, but there is nothing to worry about. Several treatments take place across the world that can help you regulate your periods and help you have happy menstruation. So gear up your supplies because now you have a lot of new information with yourself and can use this as a guide to help you with your cycle.

Also Read: How Does Your Period Change