Inflammatory Breast Cancer: What To Look For And How To Detect It 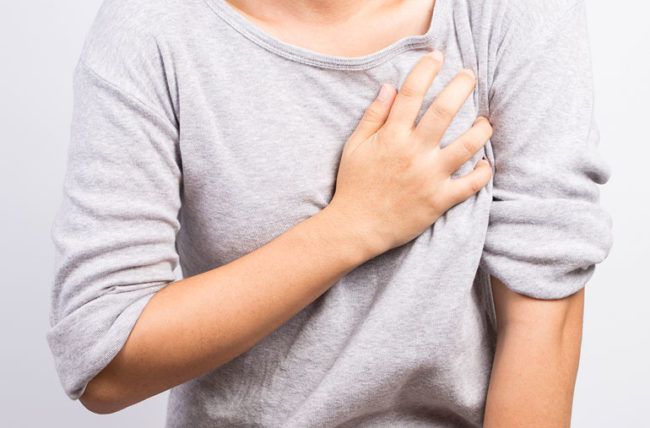 There are many types of inflammatory breast cancer, but the most common are invasive ductal carcinomas. This begins as cells that line the milk ducts of the breast and then move to other parts of the breast.

In many situations, the disease progresses quickly and can be advanced in a matter of weeks or months. Inflammatory breast cancers are typically discovered in stages III or IV, depending on the extent of the disease's progression.

IBC is cancer that continues to spread and can block blood and lymph vessels in the breast. Because of this, signs and symptoms show up quickly, though sometimes they take weeks or months to show up. IBC may not have a solid tumor you can feel, and its symptoms may be like those of other diseases. It is important to keep an eye out for changes in your body and tell your doctor about them.

IBCs start when there are abnormal cells in one of the ducts of the breast. These cells tend to divide quickly, spread into the lymphatic veins on the surface of the breast, and block them. This blockage is what makes the veins look red, gives the skin a puffy look, and makes the skin wrinkly. There doesn't seem to be a clear reason why people get inflammatory breast cancer. But there are a few major risk factors that have been found:

Most women with inflammatory breast cancers have high-density breast tissue, which makes mammography hard to use for screening or testing. Also, aggressive inflammatory breast cancer can show up in between regular mammograms and move quickly. The signs could also point to other types of breast cancer or a different health problem. So, women shouldn't ignore any symptoms and should see a doctor right away if they think something is wrong.

The development of targeted therapy is based on the distinct proteins found on the surface of cancer cells, distinct genes, and the environment surrounding the tumour. Targeted therapy directed against the HER2 protein may be advised to treat the condition since inflammatory breast cancers produce more of this protein than usual. Both neoadjuvant and adjuvant anti-HER2 therapies are available.

Most people with inflammatory breast cancer have a procedure called a "modified radical mastectomy." During this procedure, the whole affected breast and most or all of the lymph nodes under the arm next to it are taken away. Most of the time, the lining over the chest muscles underneath is also taken off, but the chest muscles themselves are left alone. But in some cases, the smaller chest muscle (called the pectoralis minor) may be cut out.

Neoadjuvant therapy is when chemotherapy is given right before surgery. A course of chemotherapy can last up to 6 months, after which the surgery will take place. It may also be suggested after surgery (adjuvant therapy) to lower the risk of cancer coming back. IBC that has spread to nearby organs can also be treated with chemotherapy. It is also recommended as part of care for people who are dying.

If the cells of a woman's inflammatory breast cancer have hormone receptors, hormone therapy is another way to treat it. Cancer cells that depend on estrogen can stop growing and die with the help of drugs that stop estrogen from attaching to its receptor and aromatase inhibitors, which stop the body from making estrogen.

Radiation therapy is sometimes used after a mastectomy to treat the chest wall under the removed breast. Radiation therapy kills any cancer cells that are still alive and lowers the chance that cancer will come back.

Even though inflammatory breast cancer is rare, keeping an eye on your breast health can save your life, so remember these signs. If you are worried about changes in your breast tissue or skin that can't be easily explained, you should see a doctor right away.

Q1. How quickly can I have my Breast Reconstruction Surgery after my IBC Treatment?

After treatment for inflammatory breast cancer, it is usually not a good idea to have reconstruction right away. Since this type of cancer affects the skin and radiation also hurts the skin tissue, it is best to wait at least six months between the IBC surgery and the breast reconstruction.

Yes, we can treat inflammatory breast cancers today and get good results, just like we can with other types of breast cancer. Chemotherapy, surgery, radiation therapy, targeted therapy, and hormone therapy are all part of the treatment plan. Like every other type of cancer, breast cancer is more likely to be treated successfully if it is found early. So, it's important for women not to ignore any symptom that lasts longer than two weeks.

Also Read: All You Need To Know About Lung Cancer