5 K-Pop Groups That Have Won Hearts Of The World! 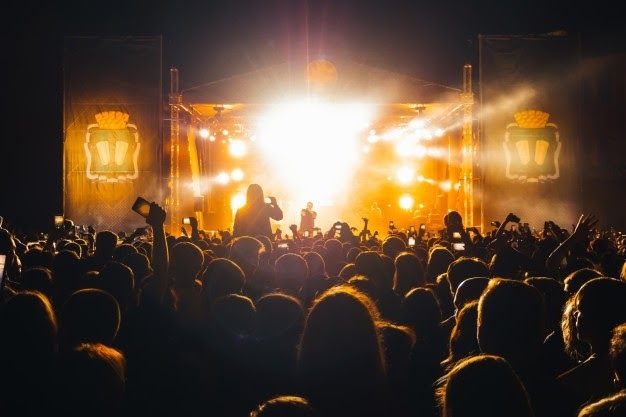 Korean pop music has become really popular and distinguished in the past few years. No doubt the Korean pop music is catchy and makes you irresistible from dancing to it. The fun, toe-tapping and energetic songs make the K-pop music a hit. K-pop groups are known worldwide because of their aesthetics, techno beats, the energetic choreography and it’s stars who are going global with their image.

Whether it’s Psy with his quirky and sexy dance steps, BTS with their unique style of rocking the stage or Blackpink with their salacious aura, K-pop groups will always blow our mind. So, wondering which are some of the top K-pop groups? We have made a list of all the popular K-pop groups so you can reach out to more K-pop music! Read on to find out!

You can measure how popular these K-pop groups are with the attention and audience they get on social media sites. You might have met some K-pop obsessed people and it’s finally time to kill your confusion and introduce you to some of the most popular K-pop groups who have made music a fun, energetic and aesthetic art.

First, K-Pop stands for Korean Pop Music and is popular worldwide. It embraces many music genres from pop to R&B and even rap, how cool is it? If you are into K-Pop you might be aware of this most popular K-pop groups known worldwide:

BTS is the most popular K-Pop group in the world. It is a seven-member boy band who has taken the world by strong. We can’t talk about K-Pop groups without mentioning BTS. They have held first place on Billboard’s Social 50 chart for about 114 weeks and reached number one on iTunes in over 65 countries! In August 2018, this exceptional boy band released the track “Dynamite” as their first song in English and that no doubt topped the Billboard Hot 100 Singles for 3 weeks in a row!

The K-pop group with 3 rappers- RM, Suga and J-Hope and four singers- Jin, Jimin, V and Jungkook have taken over the hearts of everyone around the world. The fan base of this group is exceptionally high, they call themselves “Army” to denote their love for BTS. No doubt they were the second best-selling artists of 2018.

EXO is an all-male Chinese-Korean music group which is on a mission to make their music accessible to as many people as possible. They are divided into two subgroups, EXO-M and EXO-E, the M in which stands for Mandarin and K for Korean respectively. EXO have scored No.1s four times on Billboard’s World Albums Chart. It was formed in 2012. The group has also performed at the Winter Olympics in Pyeongchang. Their music is a bright, upbeat and a mix of rap, R&B, rock and Hip-Hop.

The members of this boy band have nine members, Xiumin, Suho, Lay, Baekhyun, Chen, Chanyeol, D.O., Kai and Sehun. The K-pop groups were evaluated as the ” most influential celebrity” by Forbes Korea Power Celebrity in 2014 and 2015!

Once you see this K-pop group with these four boss ladies, Jennie Kim, Lisa, Jisoo and Rosé, there’s no going back, because there’s no way you can get your eyes off them! This K-pop group is considered as one of the most popular K-pop groups with the most popular K-pop acts. Every song that BLACKPINK releases is a hit and why not? Once you listen to a song of BLACKPINK, it will get stuck in your head for a long time.

They’ve done a phenomenal job in the music charts for the past few years with their bold, sassy songs and the choreography that is energetic and makes you want to learn it as well. The style, the songs, the fashion, the acts, everything about BLACKPINK is outstanding.

Created through a talent TV show, “No Mercy”, the Monsta X made their debut in 2015 with their first album “Trespass” and it didn’t take so long for this K-Pop band to take over North America. The members of this group, I.M, Jooheon, Minhyuk, Wonho, Shownu, Kihyun and Hyungwon have won the hearts of so many people around the world. They dropped their first full-length studio album “The Clan” which took the No.1 spot on Billboard’s World Albums in the US!

They spice up their songs with a mixture of Hip-Hop, EDM and pop. This boy name has topped multiple music charts and won hearts all around the world. So, make sure to give this boy band a place in your playlist as well as in your heart!

Last but not the least, Girls’ Generation which is known as ‘The Nation’s Girl Group’ in South Korea is one of the most popular K-pop groups around the world. The group was formed in 2007 with the members, Taeyeon, Sunny, Tiffany, Hyoyeon, Sooyoung, Yuri, Yoona and Seohyun.

The group is undeniably the most popular and best K-pop girl group in our era. It was originally composed of nine members but one member (Jessica) left the group in 2014.

The group took the fame with their single “Gee” which took the top spot on KBS’s Music Bank for nine weeks in a row! Girls’ Generation is also famous for its iconic fashion. The group is known for their cute, feminine and joyous style and we can’t deny that!

These were 5 most popular K-Pop groups you can listen to if you are into K-Pop or even if you don’t know anything to it yet want to be involved in it. These K-pop groups are sure to take your heart away. Don’t miss out on their songs and style. Give them a place in your playlist today!