Make Your Weekend Lit With 10 Unputdownable Books We Picked For You! 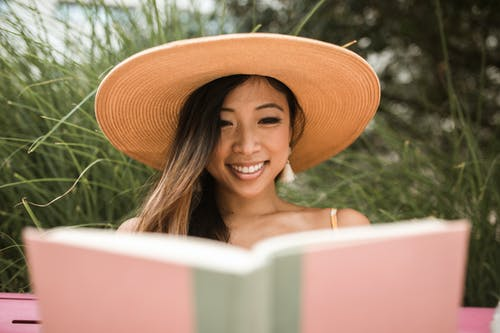 Gone are the days when women like Jane Austen and George Elliot had to write under male pseudonyms to get their work published. Since then, women have come a long way and the last few decades have curated the necessary space for female writers to share their stories with the world and write some of our time’s best unputdownable books.

This is the perfect time to celebrate women’s contribution to the literary universe. But, it is easy to get overwhelmed by Bookstagram and bestseller reading lists. There is never enough time to read all the books in the world. Every reader has a terrifyingly long list of books they want to read and books recommended to them by fellow readers.

If you have been feeling lost under your TBR pile, we are here to do the hard work for you! We have curated a list of the most unputdownable books by women! Have a wonderful time reading!

If you’re a fan of feminist literature, you’ve definitely come across Jhumpa Lahiri’s books. Originally written in Italian, Whereabouts is unlike Lahiri’s usual stories. It is a fascinating shift from her curated storytelling style.

The book follows the mundane everyday life of an unnamed narrator. Readers can tell that it’s a woman most likely in her mid-40s who is a university professor. She has no family or relationships, just regular acquaintances who are busy with their own lives. There is an underlying tone of lonely existence throughout the novel. A compelling book of essay-like stories, this one is a must-read!

S.E. Hinton is the woman practically responsible for introducing the YA genre. Written when she was just 16 years old, The Outsider is a story of two gangs from a small town in Oklahoma. A coming-of-age novel, the narrative is presented through the eyes of Ponyboy Curtis who provides a fascinating account of street life.

There is a reason why this is one of the most unputdownable books. The Outsiders tackles issues at the core of adolescence with its adorable characters and their beguiling relationships. It is one of those books that will shape the way you live life.

Following a dystopian storyline, The Handmaid’s Tale has sold more than eight million copies worldwide. It has also been adapted into a sci-fi television series by Bruce Miller. The story is about Handmaids who are made to procreate on behalf of their Commanders. It is an honest reflection of a world in which men still make decisions about women’s bodies. Apart from being one of the most unputdownable books of all time, The Handmaid’s Tale was thrillingly ahead of its time.

If you’re young and know what it’s like to be in love, Normal People is the book for you. Sally Rooney has made quite a name for herself in the unputdownable books category. Now a popular Hulu adaptation, Normal People is the story of two deeply damaged young adults who develop a profound connection.

It follows the lives of Connell and Marrianne who come from the same small town in Ireland but with different backgrounds. Their story is told throughout a couple of years as they meet in high school, sleep together in college, and start to grow up. It is an endearing story about growing up with people from your adolescence.

Pulitzer finalist Ann Patchett is one of the most prolific female writers of her era. Her latest book, The Dutch House is about a strained family who lives in the Dutch House. The central storyline follows a brother-sister duo. Despite growing up in the Dutch House, they were banished and thrown on the streets by their stepmother. Told for five decades, it is an engaging story that will keep you hooked from page one.

Of course, no one knows what it’s like to be a woman in comedy better than Tina Fey. Bossypants is an autobiographical comedy book that explores the life of Tina Fey. Since its release, the book has solver 2.5 million copies worldwide and has also been on The New York Times Best Seller list for five consecutive weeks.

It is a simple narrative that follows the comedian’s life from being a nerdy girl in high school to a cast member of SNL, and finally what it’s like to be a woman in the New York comedy scene. An engaging book, this is a must-read on the unputdownable books list.

Among the unputdownable books 2021, we have a debut novel by Jo Hamya. The book was voted as the “Most Anticipated Book of the Year” and has made quite a remarkable impact on the reading community. The book tells the story of a young woman unable to afford her own apartment, and her self-journey through all the rented rooms she lives in over the course of one year. It is the universal story of millennial women trying to carve out a life for themselves.

We can guarantee that Girl, Woman, Other by Bernadine Evaristo is nothing like you’ve read before. It follows the lives of twelve black women from different age groups in the UK. The story is spread over a couple of decades, but what is interesting is that all these women’s lives are connected. It has a refreshing storytelling style with a unique perspective.

Caitlin Moran’s novel is about a working-class glass Johanna who is struggling to escape her roots in the small town of Wolverhampton. She embarks on a career as a music journalist and moves to London. The rest of the novel follows her journey of personal growth, how she defines herself, and her sexuality. It is a funny, inspiring, and heartwarming book that will keep you engaged throughout.

Last but not least, we have Malibu Rising by Taylor Jenkins Reid. One of the most unputdownable novels of all time, Malibu Rising tells the story of four popular siblings who throw an unforgettable party to celebrate the end of summer. However, on one night, their lives change forever.

Anything more we say about the book is a potential spoiler. If you’re a fan of thrill and suspense, you’ll love this one!